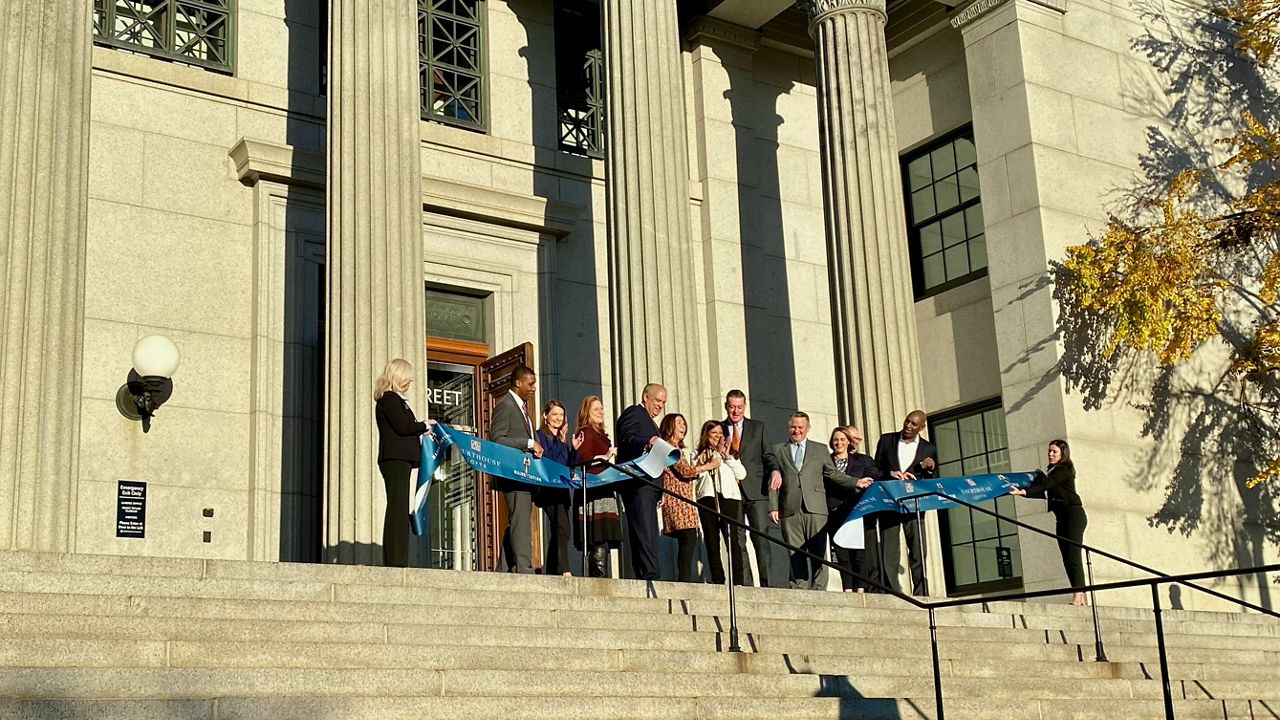 WORCESTER, Mass. - A ribbon cutting on Friday marked the completion of the Courthouse Lofts and the Marshall "Major" Taylor Museum. ​

The old courthouse was re-purposed and will now house mixed-income families as part of added affordable housing in the city. The Major Taylor Museum honors the first black cycling world champion, who was a resident of Worcester.

Mayor Joseph Petty said the finished project will play a key role in the redevelopment of Main Street.

"This project quite literally checks all the boxes," Petty said. "Historic preservation, affordable housing and revitalization of the north end of Main Street."

City leaders said they wanted the courthouse to play and interactive role on Main Street and adding the museum on the ground level will help bring more foot traffic into the building.

"I believe Major would of been especially honored today if he could of been here," Karen Brown Donovan, Taylor's great granddaughter, said. "To know Worcester continues to honor his legacy with a museum that is so close to the Major Taylor statue and the library. "

The museum includes a bicycle ridden by Taylor and displays showcasing Taylor's achievements during the famous "Six Day Race" at Madison Square Garden in 1896.