Do you know when summer actually begins?

June 1 marks the beginning of Meteorological summer, which may contradict the starting date of “summer” that you learned about in grade school, which is technically called astronomical summer.

Astronomical summer typically falls on or around June 21.

Astronomical seasons are based on the Earth’s rotation around the sun, which gives us two equinoxes and two solstices.

The tilt of the Earth’s axis is the reason we have four different seasons and the reason the sun angle changes from season to season as Earth orbits the sun.

On top of the aforementioned summer solstice, we have the winter solstice, which typically lands around December 22 in the northern hemisphere. The vernal (spring) equinox lands around March 21, while the autumnal equinox occurs around September 22. 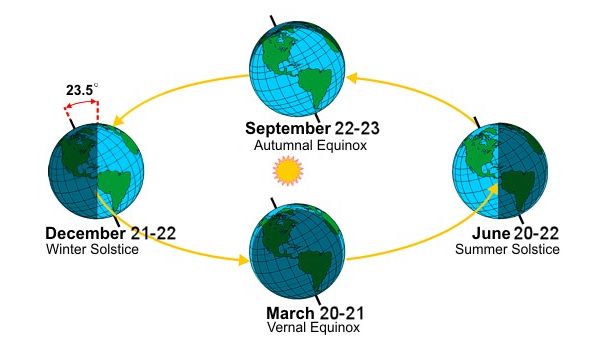 Since it takes the Earth 365¼ days to travel around the sun, we have a leap year every four years to make up for the extra quarter of a day, which is why the date of our solstices and equinoxes can fluctuate some years.

On top of that, the astronomical seasons can vary from 89 to 93 days due to the elliptical shape of the Earth’s orbit around the sun. When you add all of this up, it would make it nearly impossible to consistently track climatology, which is why the meteorological season came to exist.

Climatologists and meteorologists break the seasons down into simple three-month cycles based on the calendar and the annual temperature cycle.

Meteorological summer falls during the hottest three months of the year, which is typically June, July and August in the northern hemisphere.

The coldest three months of the year in the northern hemisphere are traditionally December, January, and February, which we call meteorological winter.

Using the meteorological seasons makes it much easier for meteorologists and climatologists to analyze seasonal statistics, which is crucial information for agriculture, commerce, and many other parts of the economy.