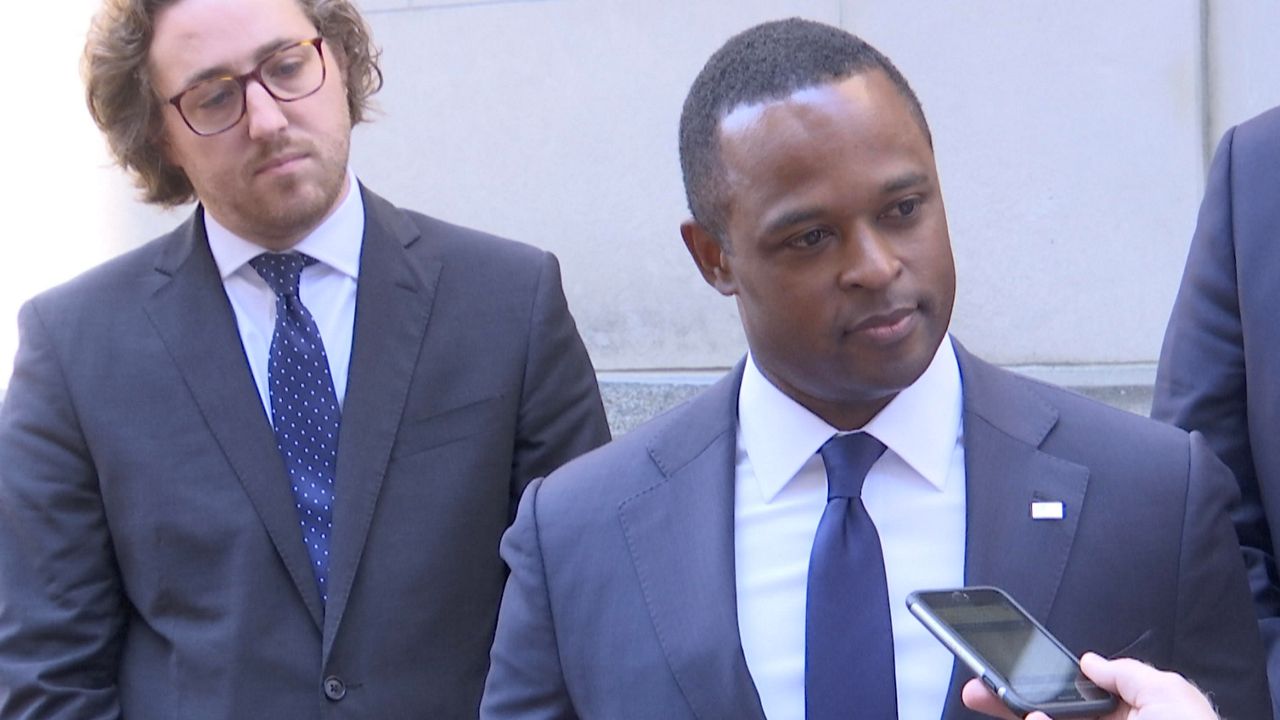 His team argued on behalf of the commonwealth in two separate cases before the U.S. Court of Appeals on Thursday.

Cameron and his team are trying to make the case that the federal government has overreached in Kentucky when it comes to vaccine mandates for federal contractors and a tax mandate in the American Rescue Plan Act.

“We’re doing the work here at the Sixth Circuit Court of Appeals to make sure that we’re standing up for the interests of our state, ‘’ Cameron said. “The tenth amendment has to mean something. That a state’s sovereignty in making determinations about tax and spend, and the health and safety of its citizens, needs to be something that is undertaken by a state, rather than some bureaucrats in Washington, D.C.”

Kentucky is expected to receive about $2.4 billion from the American Rescue Plan Act.

But as a condition of receiving the aid, states must comply with a tax mandate that Cameron says effectively prevents them from lowering taxes for citizens for four years. Cameron argued the tax mandate unconstitutionally usurps the authority of Kentucky to enact beneficial tax policies.

“It stops us in our tracks in terms of our ability to make determinations in the future about what our income tax looks like, what our sales tax looks like. So that’s why that case is really important,” he said.

Spectrum News 1 reached out to Boone County Commissioner Jesse Brewer to take a look at how ARPA funds are being put to use locally.

Brewer said Boone County received just short of $26 million in ARPA funds. With infrastructure being one of the permitted uses, the county put all of its funding toward two major projects, one of which county officials learned was a big need during the pandemic.

“A lot of folks living out of the western, rural parts of the county, didn’t have access to reliable broadband,” Brewer said. Families working and completing school work from home, as well as seniors in need of telehealth, were all affected.

“We were the first county in the United States to lead the way and develop a broadband accessibility project, which essentially means, regardless of where you live in Boone County, by March of 2023 you will have the option to subscribe. You’ll have to pay for it, it’s not free. But you’ll at least have the ability to subscribe and get up to one gig of fiber, regardless of where you live. And that’s pretty strong,” he said.

That project took just under $14 million, with the rest of the funds going toward expanding water lines to everyone in the county.

Brewer said the conversations around these projects centered on one question: “What is going to be the highest and best use of these dollars for everybody in the county, regardless of political affiliation, regardless of if they just moved here?” he said. “It was one of those things where if we don’t spend it here in our community, it’s going to go somewhere else.”

Brewer said the county has received nothing but positive feedback on how it spent its ARPA funds.

At the state level, though, the attorney general insists the conditional nature of the funds actually hurts Kentuckians.

“Folks need help. Folks need tax relief. And our general assembly, our legislature and the leadership in Kentucky, I want to make sure that we’re in a position to do everything we can to help our citizens,” Cameron said.

Cameron’s team also argued the Biden administration lacks the authority to issue a vaccine mandate for Kentuckians who either contract with the federal government or work for a federal contractor. The case, Kentucky v. Biden, challenges the President’s vaccine mandate for federal contractors, which would affect one-fifth of the American workforce. Cameron led the lawsuit challenging the mandate alongside Ohio and Tennessee, as well as two sheriffs from Ohio. The mandate is currently halted in the three states as a result of the litigation. Another court also has entered a nationwide injunction against the mandate.

Cameron said it’s up to Kentucky’s general assembly to make determinations about health and safety, in what is traditionally referred to as a state’s police power. He also criticized Gov. Andy Beshear.

“Gov. Beshear is honestly Johnny-come-lately when it comes to contending with some of the inflationary issues that we’ve had. In my role as attorney general, we’ve been standing up to the Biden administration. You’ve heard crickets from Gov. Beshear as it relates to confronting the Biden administration on the energy policies that are coming out of Washington,” he said.

During his Team Kentucky update on Thursday, Beshear said he has not read the lawsuits.

“The general assembly and I have come to bipartisan agreements on how to spend ARPA money. They have provided a once-in-a-generation opportunity to provide clean drinking water to thousands of families. We just announced ARPA funds in the amount of $30 million to provide clean drinking water to over 1,200 homes for the first time. We’ve used ARPA funds to make the largest single public sector investment in broadband. And we’ve ultimately replenished our funds that we use to help people when they fall on hard times. I think those are good uses that we’ve all agreed on. And we’ve now budgeted the remaining parts of our ARPA funds already. So for at least for what comes directly to the commonwealth for appropriation, we have budgeted all of it. So I don’t know it would have any impact, ultimately, how that lawsuit goes,” Beshear said.

The Sixth Circuit heard oral arguments in the cases Thursday. Rulings are set to follow.