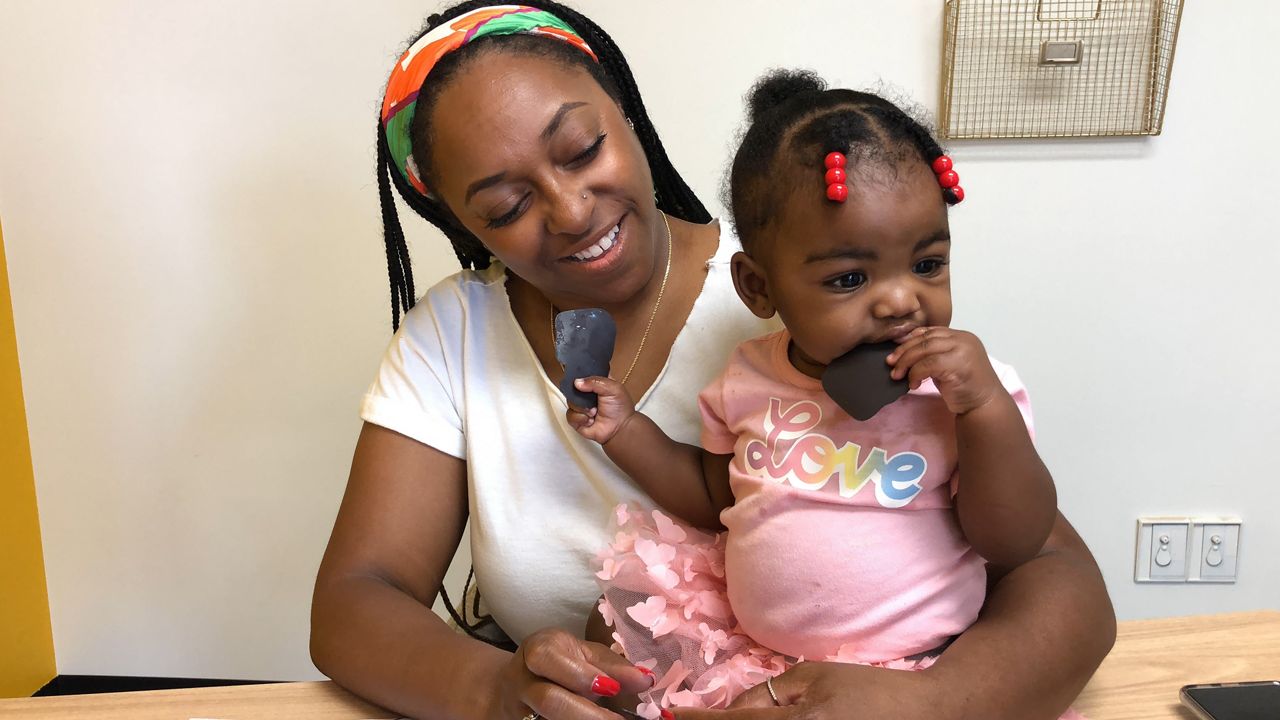 “It’s just a back-pedaling of advancement and as doulas now we have to answer questions like, ‘What am I supposed to do if I don’t want to have this baby?’ Like, what options do I have? What can I do? Where can I go?” Bryant said.

She sees many people coming in for her services, like Jasmine Grant, a mother of three.

“I don’t want to say companion, but they’re kind of like your companion because she kind of stepped in where I didn’t have anybody,” Grant said. “And it is personal. But sometimes you need somebody personal that isn’t family. You appreciate it more.”

Now Bryant said the role is shifting and they’re relying on her to get some clarity.

“Helping people through the process of possibly carrying a child and giving birth to a child that they mentally or emotionally may not have any connection to,” Bryant said. “Because that’s not the place that they’re at in life and so to not have that option, it’s just another layer that we have to kind of fight through and walk our clients through and it’s I mean, it’s a scary, scary, scary, scary thing.”

“I won’t have that umbrella over me when I care for my clients,” Bryant said. “And so, if a client comes to me and she’s in an early miscarriage, or she has what I believe is an ectopic pregnancy. My fear is sending her to the hospital is that she’s not going to get the care that she needs.”

The Mama-to-Mama Executive Director said an ectopic pregnancy can lead to death. It’s where the fertilized egg grows outside the uterus.

“And the hospital staff think, ‘oh, you probably had a botched abortion or your midwife tried to help you through an abortion and it’s not working. So now you’re here and you want me to help you fix this’ like it’s, it’s a heavy load to carry,” Bryant said.

It’s a heavy load she hopes can be unburdened with reproductive health options.

The doula program and services are offered in Louisville.