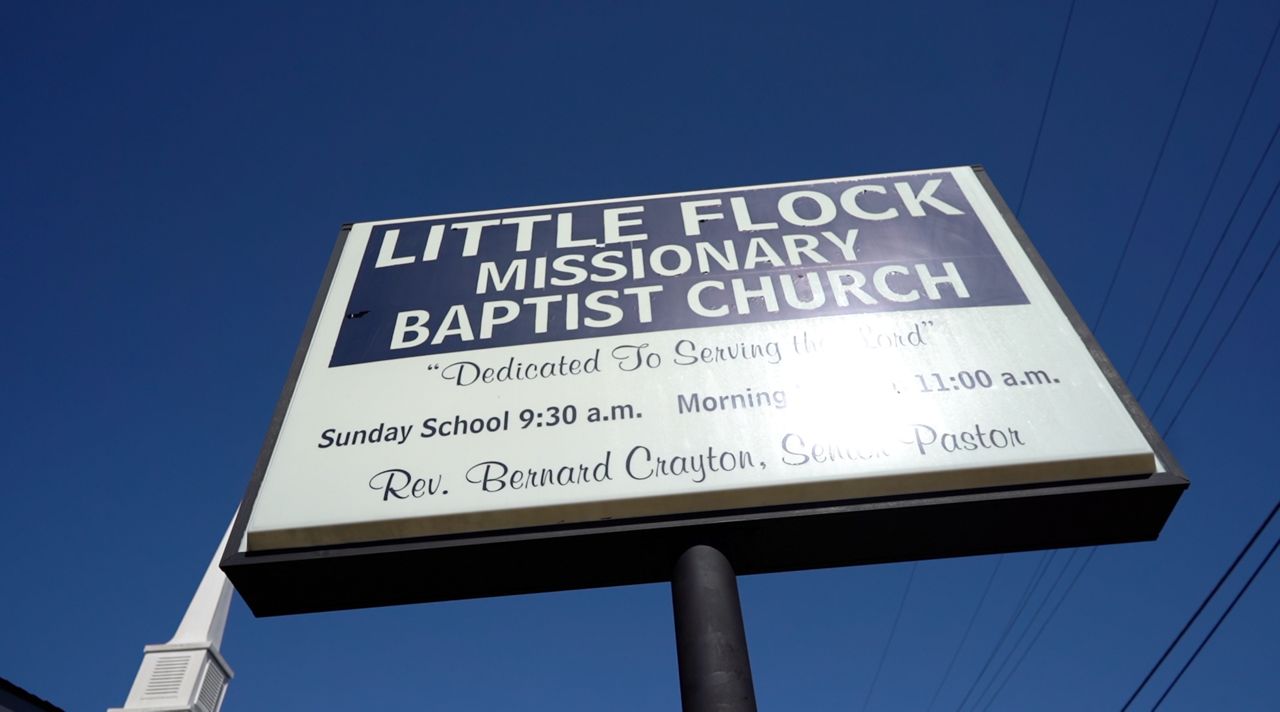 LOUISVILLE, Ky. — A Louisville pastor has a very personal reason for working with Norton health care on getting his congregation vaccinated.

“The church was first on Ormsby and they actually picked up the church and they put it on trees and rolled the building, here, and set it down,” Crayton said.

They set his church down on 1030 South Hancock Street and is where it stands today. However, it was also “history” motivating some in his Black congregation to avoid getting vaccinated during the pandemic.

“A lot of people reached back to the Tuskegee Experiment, how they felt that during that time, how the government had tricked them into that,” Senior Pastor Crayton explained.

The Tuskegee Experiments began in the 1930s and lasted 40 years, when hundreds of Black men were unknowingly infected with syphilis and purposely untreated. The Centers for Disease Control (CDC) led this experiment.

“I think, also, we live in a time where people are leery about everything.”

Pastor Crayton understood the hesitancy among his parishioners, but also trusted the vaccine for himself. Crayton says he did what he could to ease the minds of his congregation who were postponing vaccination. So last year, Pastor Crayton held a vaccine click in his church with the help of Norton Healthcare.

“People came in and they got seated and you came up front and you and you got your shot and you went out this door,” Crayton recalls.

The pastor chose Norton because of his own “history” with the hospital. For more than 12 years, Crayton hosted his mobile clinics which included prostate exams.

“My own doctor told me whatever I could do to convince men in my community to get checked, it’s so important so i led them and got checked and lo-and-behold I had, I came down with prostate cancer.”

Crayton then entered Norton for his cancer treatment, leaving a lasting impact on him and Pastor Crayton knows trust is valuable and fragile.

“I will tell you that some people did not know how we were going to pull this off... setting up in a sanctuary and doing it, but it really worked great.”

Dozens in the church were vaccinated during the clinic.

“I have a great congregation, many of them grew up in this neighborhood,” Crayton said.

Bernard Crayton indeed loves the history of his church.

And the pastor wants to continue to make history with all its followers.