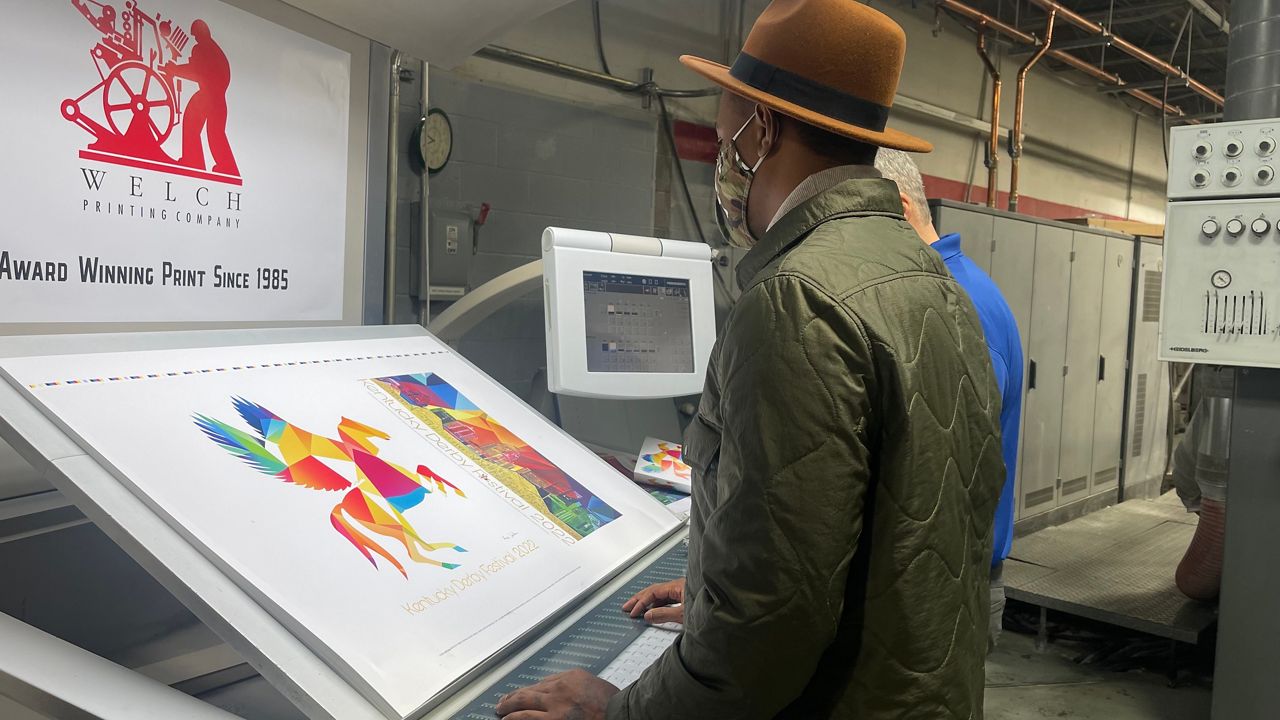 LOUISVILLE, Ky. — A Louisville artist is on a mission to uplift and inspire others. As the 2022 Kentucky Derrby Festival poster artist, Kacy Jackson is able to do it all on a much larger scale.


At Welch Printing in Louisville, blank poster paper is loaded into the machine and heads down the production line. When it comes out at the end, you'll find Jackson's colorful creation coming to life.

Hot off the press, he takes a microscope to make sure his design came out just as good once printed. 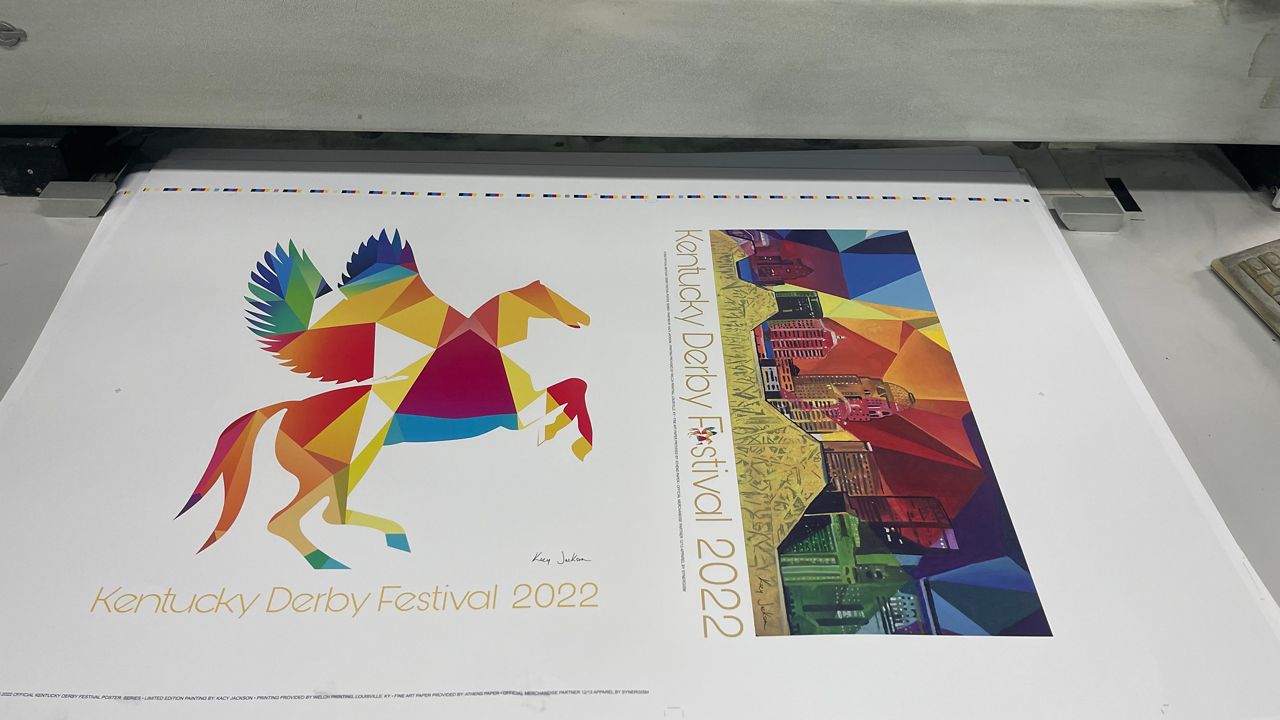 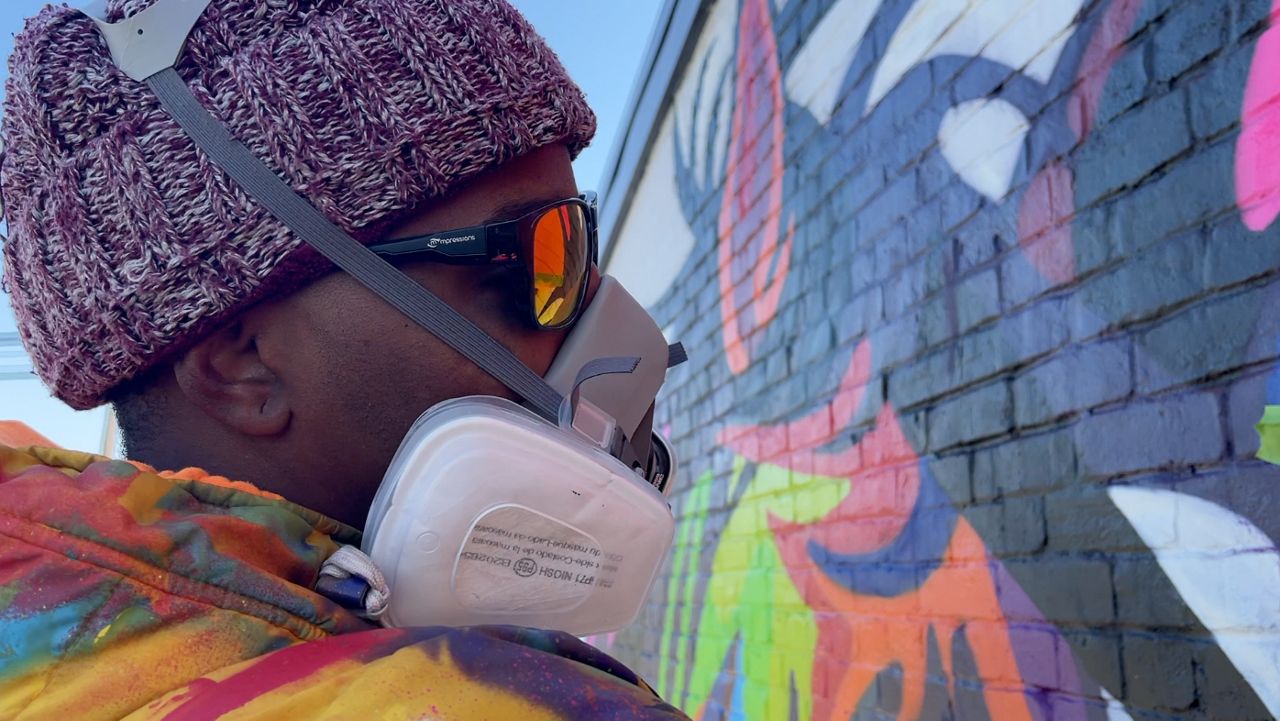 “It looks ready to go and it looks perfect," Jackson says while inspecting his printed work.

Jackson has been creating for as long as he can remember. It's a family affair as he used to watch his mom and dad create art as a hobby when he was a kid. In 2017, he turned his passion into a business by creating his company, The Art of Kacy.

He reflects on how far he has come from a kid with a passion to the 2022 KDF poster artist.

“It’s legendary for me and something I think will be a mark in history," said Jackson.

If his name sounds familiar, it could be from his various murals on walls in all parts of Louisville. Spectrum News 1 first introduced you to him in April 2021 when he was creating a Derby-inspired mural on a wall at the NuLu Marketplace.

"I love to have my art somewhere that will be evergreen. The next artist will see it and people will be inspired by it," said Jackson.

Just like that Derby-inspired mural, Jackson used geometric shapes and a variety of colors meant to signify the diversity of people the Kentucky Derby brings together. That's why the design on the 2022 KDF poster is called "Together." 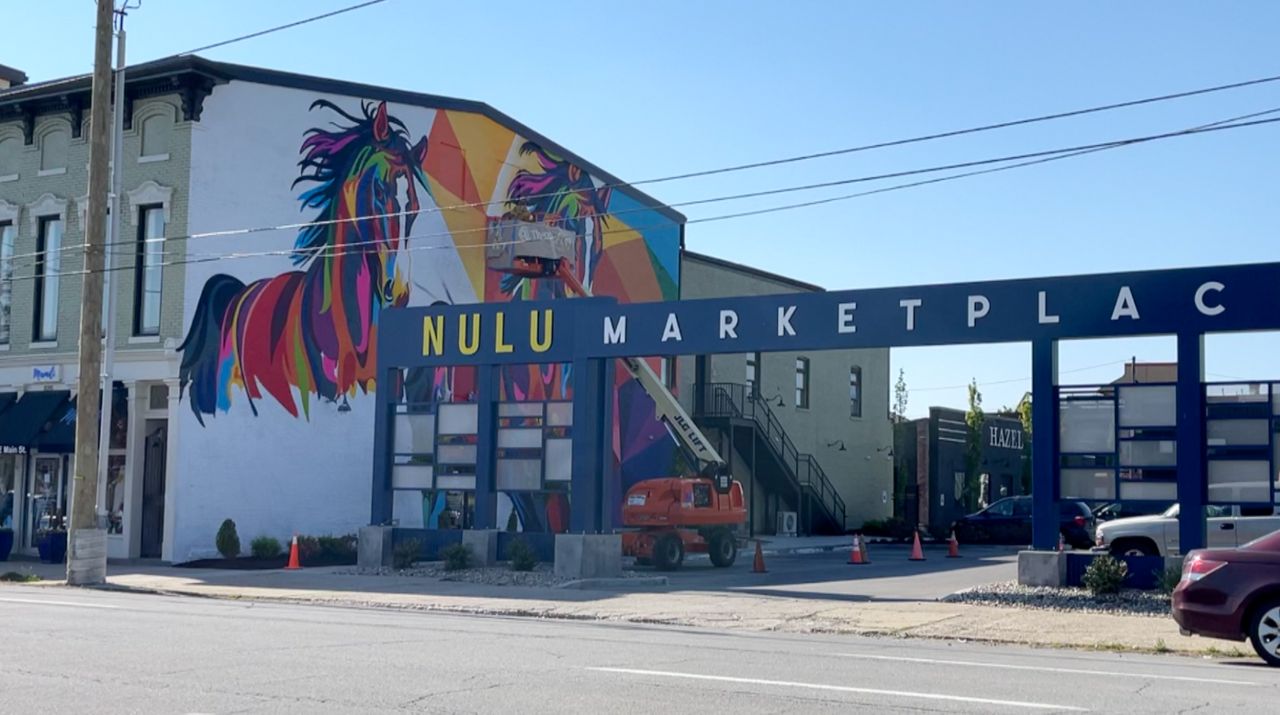 While that is his intent behind the design, he wants people to interpret it for themselves.

“The impact is going to be tremendous versus what I feel like. I know people will see this and see it differently than I see it and take more from it than I actually put into it," said Jackson.

With everything he makes, his motivation is always to create impact and to inspire. He knows this partnership with the Kentucky Derby Festival could be a great launching point to get his work even more exposure.

"This is just another level because there are always people who haven’t seen my artwork. The more platforms you get on and the more business you have, the bigger legacy you create," said Jackson.

Amid times of division and hardships, he hopes his art will encourage Kentuckians to come together, such as the namesake of his latest creation.

The 2022 Kentucky Derby Festival posters are available for pre-sale, and will be shipped after public release on March 16. You can pre-order that here.