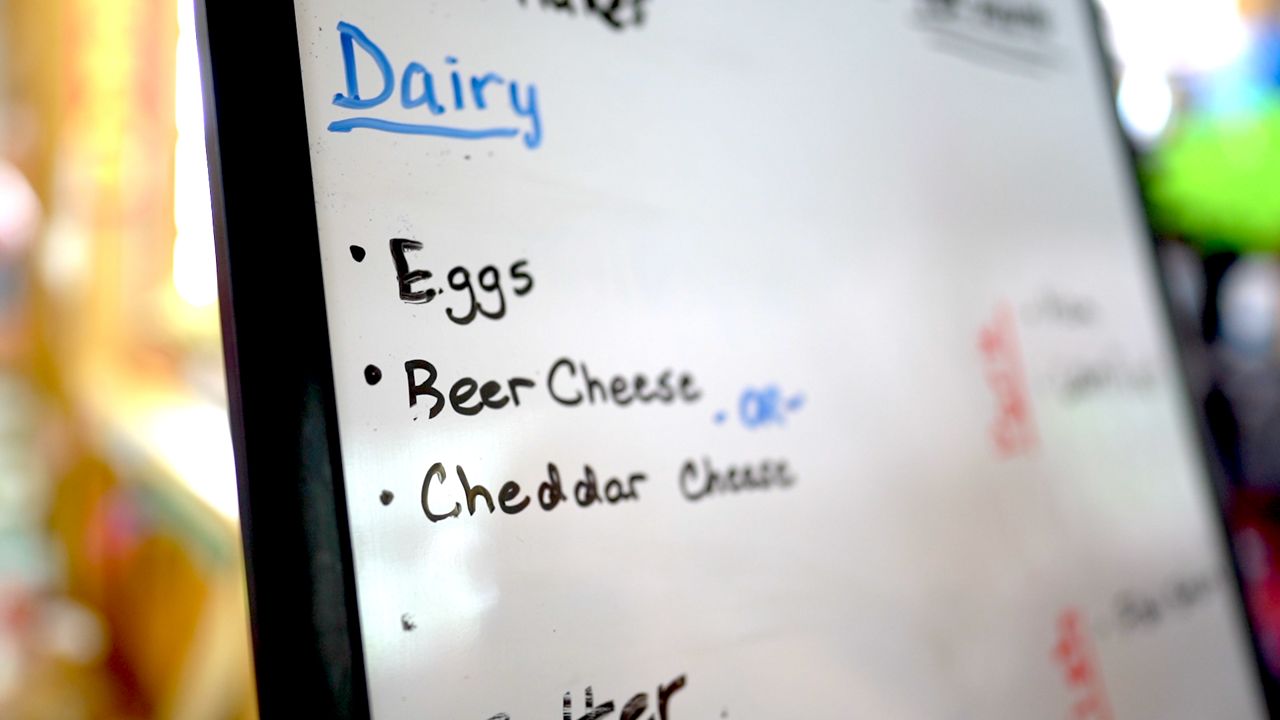 LOUISVILLE, Ky. — Food pantries saw a jump in the number of families needing help during the pandemic and the demand is still high.

For many residents near the Shelby Park and Smoketown neighborhoods of Louisville times were tough before the pandemic. This area of the city, south of downtown is considered a "food desert," as the nearest full-size grocery store is nearly 2 miles away for some residents.

The St. Vincent de Paul pantry routinely serves 100 people during it's biweekly operation however numbers jumped during the pandemic.

“Well, I got the usual stuff. I got bread. I’ve got two things of meat. I’ve got pork loin and I got some fish sticks," one man named "Johnny," told Spectrum News 1.

Johnny said he lives nearby, in fact on this day he brought his own grocery cart to get food from A to B. He was also hoping for a few other items.

“You ain’t got no milk do you?" Johnny asked a volunteer. "No? I don’t think they have milk that would be good.”

It's halfway through July and Johnny said his supplies are running low.

“My food stamps are low. They didn’t give me a whole lot of food stamps but anything else it’s OK. This is a good thing for the neighborhood.”

The pantry is well stocked with most essentials and the food is largely provided by Dare to Care Food Bank in Louisville. Johnny said it would be a lot harder without the St. Vincent de Paul food pantry which is open twice a week in a neighborhood where the closest grocery is a long walk.

One volunteer explained the process of visiting the pantry.

“They are allowed a juice choice, a cereal choice, a dairy. We can give them eggs, a type of cheese and butter. We did have flour and oil earlier but we did run out of that because we helped so many people today.”

The average number is 80 people in just a few hours. During the height of the pandemic the pantry froze it's geographical requirements.

“It was expanded and anybody who was in need could shop and we document and provide them with information where the pantry closest to their residence was.” Ed Wnorowski explained. He is the president St. Vincent de Paul.

“Without the volunteers the doors would not open," Wnorowski said, bringing up another key element.

Most of the people who do volunteer are retirees though others are balancing their day job with donating their time to help. It's a balancing act of finding and scheduling enough people to serve the high number of patrons who are seeking help week to week.

“I am starting a new job on Monday but they are going to allow me to volunteer as well as part of a work-life balance," said volunteer Cathy Phillips.

“I think that’s the most important part is us being able to provide the food. So we focus on making sure they can get one of everything and that’s what we want them to walk away with.”

You can learn more about making a donation or volunteering at their website.