LOUISVILLE, Ky. ← In the world of stand up comedy consistency is key. Being funny is important too. Bikeyta Summers, known as "Mr.Bikey" is both.


“We’ve got the cleanest bathrooms in the city so you have to mess with me and we have the funniest comics come here," Mr.Bikey told Spectrum News 1.

The Louisville-based comic has neen preforming consistently for the past six years and producing comedy and music shows for the past four.

“If you’re comic, you want to be on this stage," the Georgia-native said confidently. A confident delivery is another important quality of a successful comics and he delivers.

Mr.Bikey has never backed down from the grind.

“This is the place to be, the hub of comedy and I’m claiming that. It’s opinions also so I can say that. You can make it factual.” 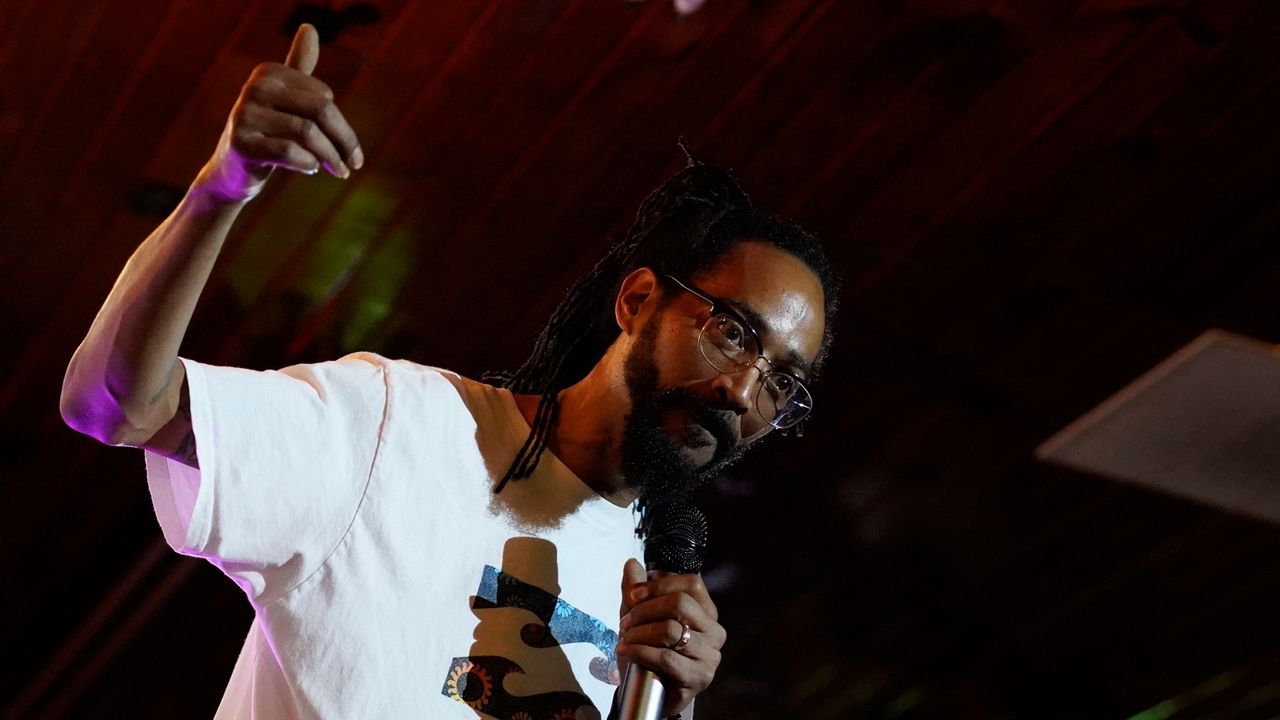 Mr.Bikey books an open mic every week and a stand-up comedy showcase once a month and he's got a good one lined up for Juneteenth. “Great comedians coming from Columbus, Cincinnati," and points elsewhere according to Mr.Bikey.

It all happens inside "Lavish Looks," a salon and events hall operated by his cousin. Hair styling by day, comedy, music and poetry at night.

“I built this room around me because I am a comedian so the chairs are set up for comedy. It’s kind of an intimate room and people are respectful and our crowds are so genuine and if you’re not funny they’re not going to laugh. If you’re funny they are going to crack-up at you. They aren’t going to hold it in," the comedian said.

If all the worlds a stage a hair salon is a perfect fit. After all if the number one rule of stand up is to “be funny,” the funny can happen anywhere, anytime.

“We’re just looking at it where, we’re making everyone better, not just me.  I’m the funniest in Louisville so I’m trying to spread the wealth and just spread the joy and let people get some of this, you know?”

You can find out more info on Mr.Bikey's comedy and events by clicking here.