There’s a lot of history inside Churchill Downs, especially within the archives of the Kentucky Derby Museum. but in Louisville’s Paristown neighborhood there is a literal treasure trove of horse racing collectibles that can be yours.

Fleur de Flea is a trendy vintage market inside a giant building at 947 E. Breckenridge Street. Dozens of vendors have all sorts of items but there is an emphasis on mid-century modern, but Derby and horse racing collectibles are abundant.

“It is just a great experience here, full of music, full of energy and and an immense amount of different people," Grace Stevie tells Specrum News 1. Stevie is an employee at Fleur de Flea while in college at University of Louisville. Stevie showed Spectrum News 1 around the floor and it seems every other booth had a Derby-themed offering including the ever popular Derby hats and facinators.

“If you want to be a little extra for the Derby," Stevie says trying on a pink hat.

"I always tell everybody before a certain holiday to, maybe, zone in on something and of course the Kentucky Derby is, I would say a holiday around here," Lisa Porter says.

Porter is part owner of the venture which originally was geared toward Louisville tourism but the pandemic changed that. Local shoppers kept Fleur de Flea afloat and "in the race."

“Then when COVID came it turned into something totally different. It was a place people could come and feel safe because it is so open and airy and it was actually something to do,” said Porter. She always welcomes visitors who only wish to browse. There's plenty of space to spread out. Also, dogs are more than welcomed, 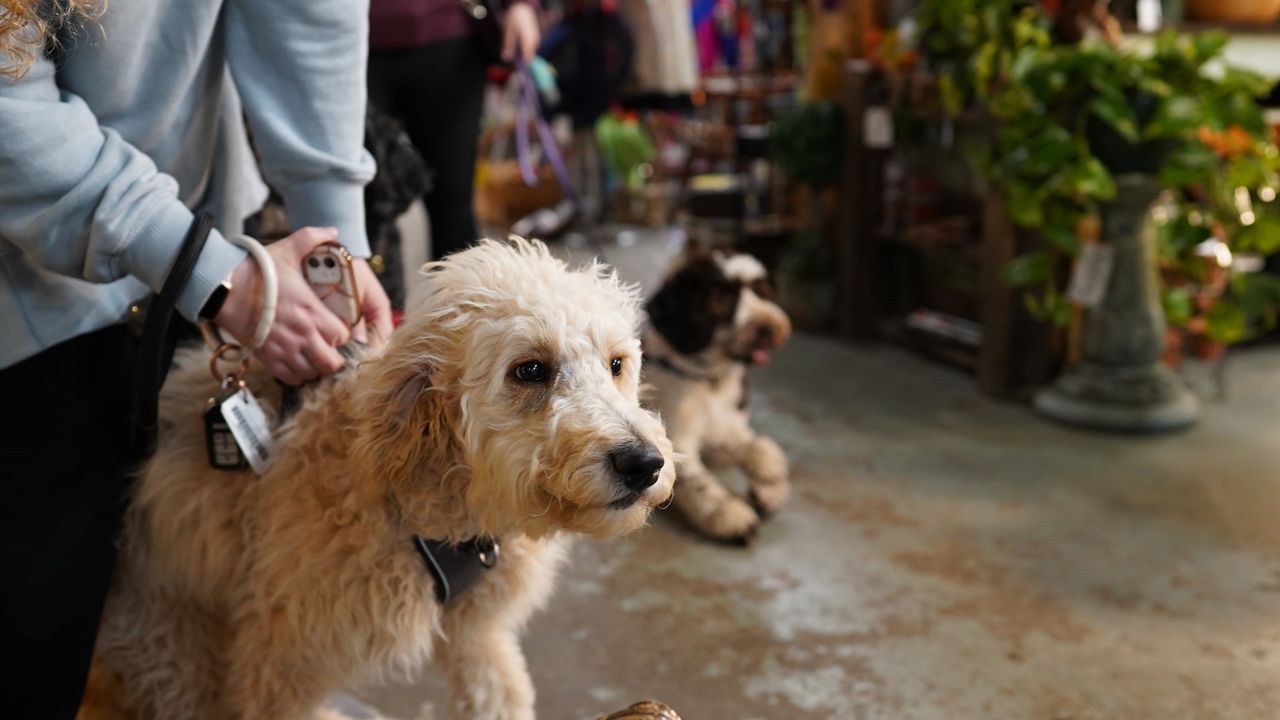 “We already had a Derby Week back in September and we were giving our mint juleps. We were having the greatest time. Everyone was wearing their Derby hats," Stevie said.