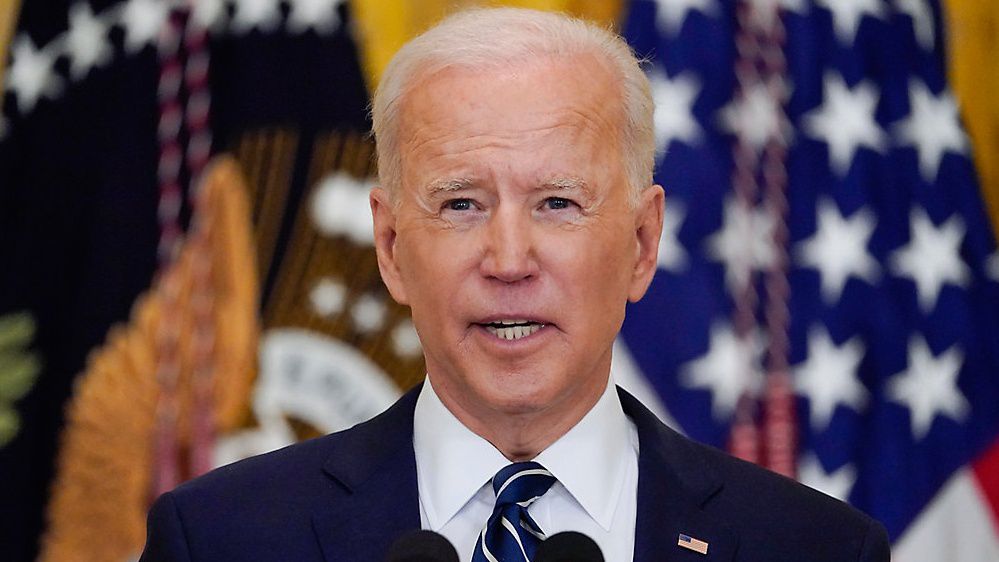 "If he could get something done in 100 days, I’d have him work for me. It’s really too soon to tell but what I do see is him trying to lay some foundation, a framework, plant some seeds for his ideas to grow," said Perry on a Saturday afternoon at his dog school in Silver Spring, Maryland.

Black voters like Perry were critical to Biden winning the White House. As president, he's been able to hold their support.

One of Biden's first executive orders directed federal agencies to explore ways to advance racial equity and support for underserved communities. Biden named a Black woman as his vice president and elevated 11 people of color to cabinet positions.

"It does matter. The last administration didn’t even look over there to see if there were Black Americans available," Perry said.

Dr. Ben Carson, former Secretary of Housing and Urban Development, was the only Black cabinet member in the Trump administration.

Asked what Biden has done to address inequality, Rep. Joyce Beatty, D-Ohio, chair of the Congressional Black Caucus, ticked off a long list, from appointing people of color to top roles, to ensuring Black Americans have improved access to COVID-19 vaccines.

"I give him a checkmark of moving the needle in a positive direction because actions speak louder than just words," Beatty said.

But Biden has sought to address racial injustice with words too, repeatedly calling for an end to systemic racism in America, most recently after the murder conviction of Derek Chauvin, a former Minneapolis police officer, in the death of George Floyd.

"Systemic racism is a stain on our nation's soul," said Biden after the verdict.

Beatty also applauds the American Rescue Plan and the funds it provides for community health centers as illustrative of Biden's commitment to Black Americans.

But Wisdom Cole, the interim director of the NAACP's youth division, said he wants to see the administration get even more aggressive.

"I would give them a C-plus. There is a need for the cancellation of student debt. We know that student debt is an issue that exacerbates racial inequality in America. I’ve heard a couple of excuses of why things couldn’t be done or the belief that things such as an executive order to cancel student debt weren't possible within this period of time," Cole said.

Cole trains and mobilizes young NAACP members across the country. He argues a core issue for Black youth is the cancellation of student loan debt.

Biden said he supports $10,000 in student loan forgiveness but that's a far cry from the $50,000 activists demand.

"Biden keeps saying he wants to build back better and building back better, being able to see tangible action that actually changes the living conditions of our people would ensure people want to stay civically engaged," Cole said.

Perry is eager to see what else Biden can accomplish in his first term.

"He has a tough job in this climate and we all knew that before he became president. He and the vice president have an extremely tough job," Perry said.