2020 Recap: Kentuckians Who Made Last Year a Little Brighter

KENTUCKY — There are a multitude of words you can use to describe the past year: "tumultuous," "exhausting," "relentless." Maybe even "chaotic."

2020 saw a global pandemic, massive racial justice protests, and the most consequential presidential election in years. In between all of the hard, breaking news, Spectrum News 1 made sure to share the positive, community-focused stories that matter most to Kentuckians.

Here are some of our favorites.

"Rory the Lion and His Magical Smile:" The Story of a Lexington Boy's Stroke Recovery

A Lexington family used a children’s book to give back to the University of Kentucky Healthcare's Kentucky Children’s Hospital after their infant son spent several months there while fighting a rare, life-threatening condition. At seven months old, Betsey McCamish said her son, Rory, was perfectly healthy and had no known medical concerns. After suffering several strokes, Rory was diagnosed with hemiplegia, or moderate to severe paralysis, of his right side and spasticity, a form of cerebral palsy. 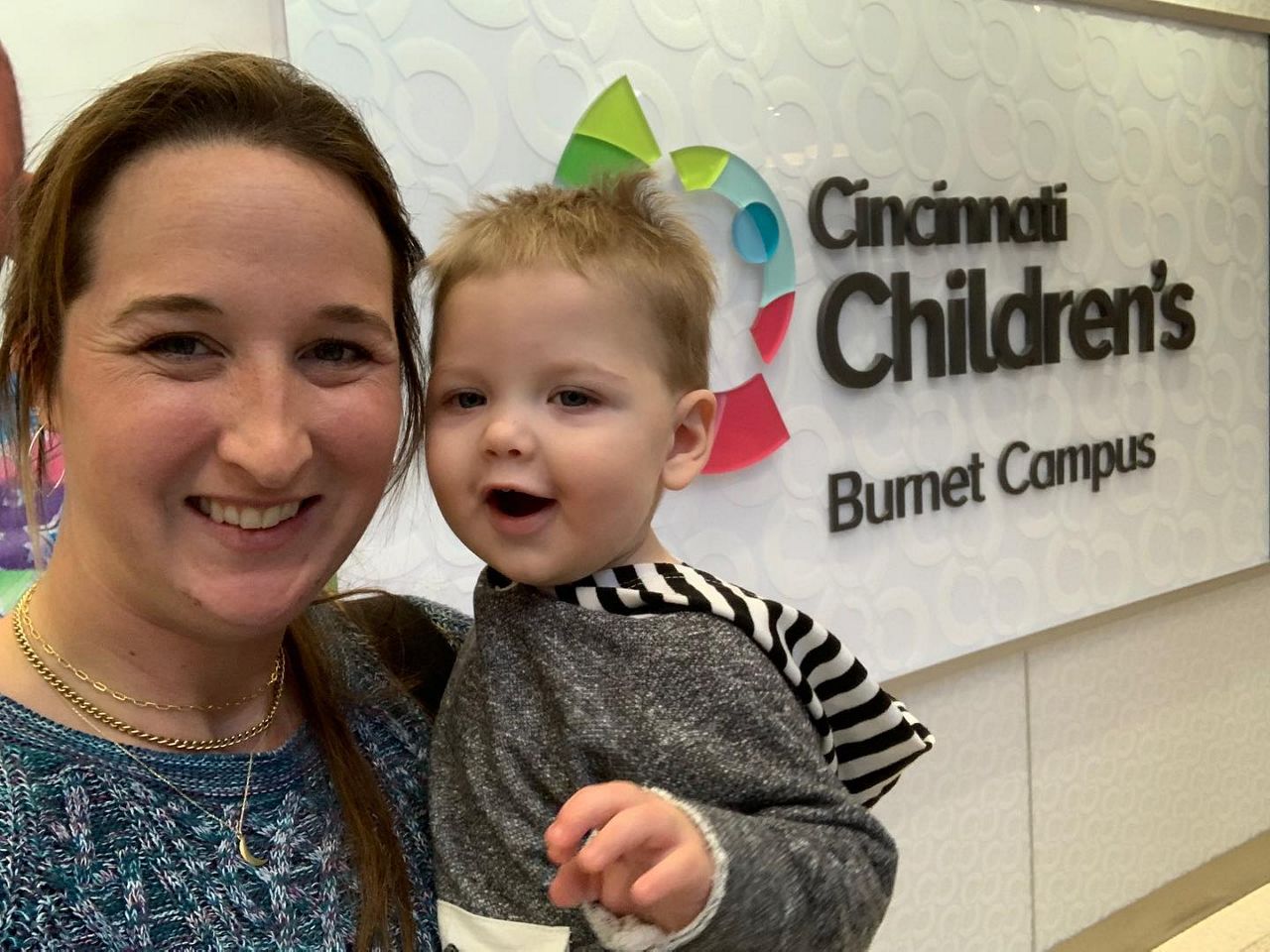 Batter Up! Tryouts Underway for Battle of the Bourbon Trail

In late July, the Lexington Legends and Florence Y'alls hosted open tryouts to fill roster spots that would field two teams. About 50 former major and minor league baseball players participated in the tryouts with hopes to keep their baseball careers in full swing, after both the frontier league and minor league baseball season were canceled earlier this summer, due to the COVID-19 pandemic. 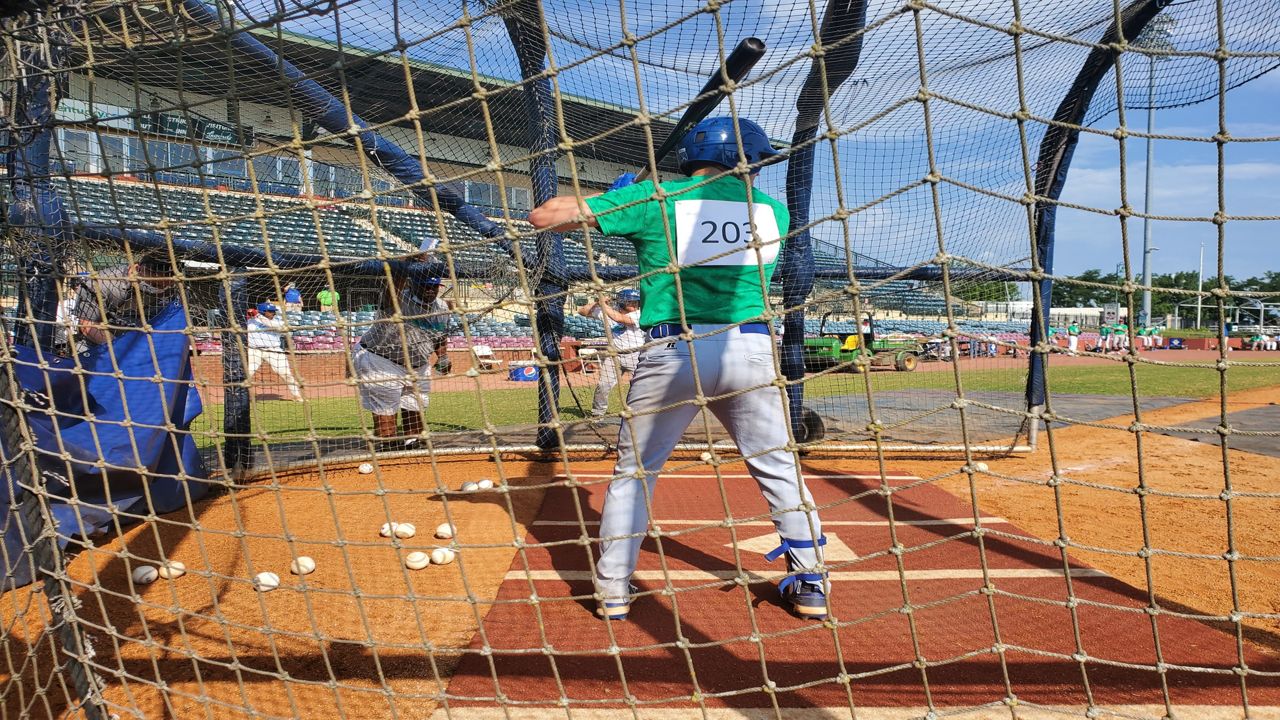 After working on the frontlines for months during the COVID-19 pandemic, Dianne Williams, a day shift charge nurse at Baptist Health Floyd in New Albany, Ind., received her first dose of the coronavirus vaccine on Dec. 18. ”I feel like it’s the first time I’ve done something positive against the illness," she said.

Cooks were mobilized at Churchill Downs for a special mission in November. 32,000 weekly meals were being produced, but not for horse bettors in fedoras. Instead, they’re going to Jefferson County Public School families kept home by the virus — many relying on a meal program that needed help.

Louisville Entrepreneur on a Mission to Increase Representation With Custom Dolls

Dionna Douglas is a Louisville entrepreneur on a mission for more Black representation in dolls with her thriving business, Kimani Dolls. Growing up, Douglas said she felt represented because her mom gave her Black dolls, and as an artist, their house had Black paintings on the walls. However, the mother of all boys didn’t realize her experience was the exception and not the norm until she had a stepdaughter, and they started playing with Barbies. 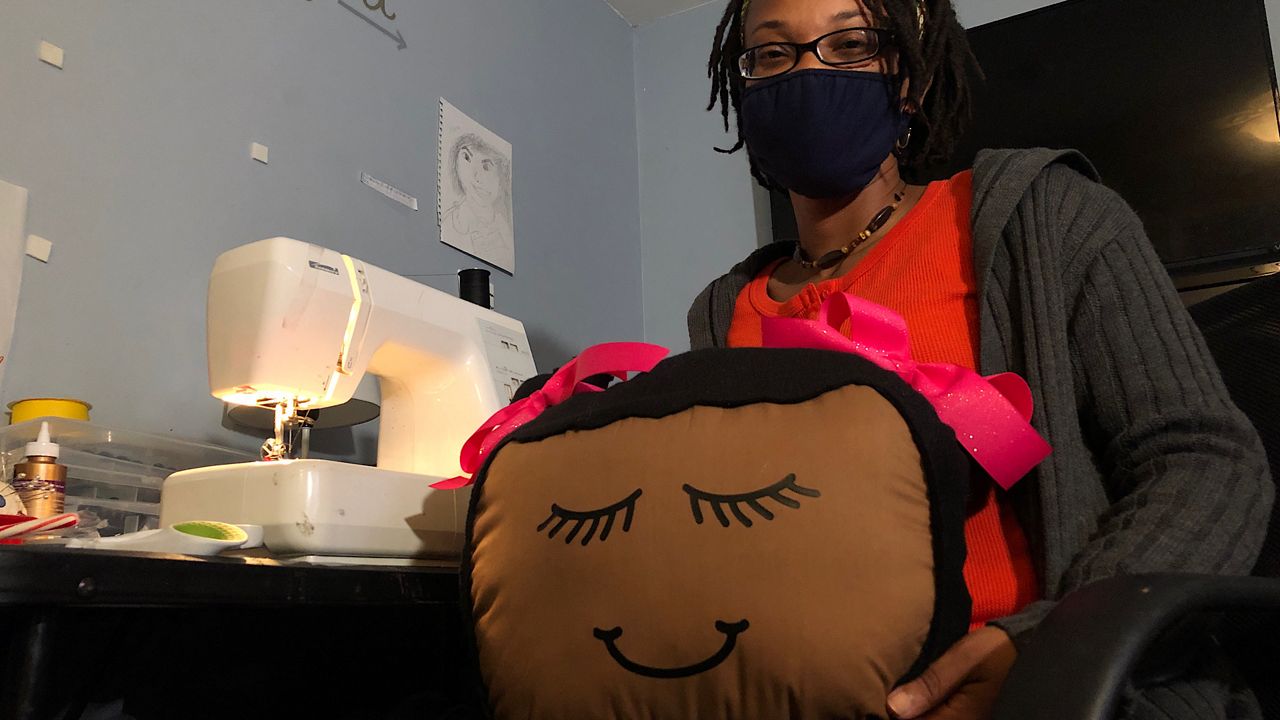 Kimani Doll's most popular items are the personalized dolls, which Douglas started making for her stepdaughter. For $100, customers can send a photo of who they want a doll customized for and Douglas makes it happen.

The UK Markey Cancer Center partnered with Hope Scarves to share a little hope and happiness to those undergoing treatment. Hope Scarves collects scarves from all over the country — they are then professionally dry cleaned and sent to people who have recently been diagnosed with cancer. The organization has sent over 16,000 scarves to people with over 90 different types of cancers from all over the 50 states and in 26 countries. 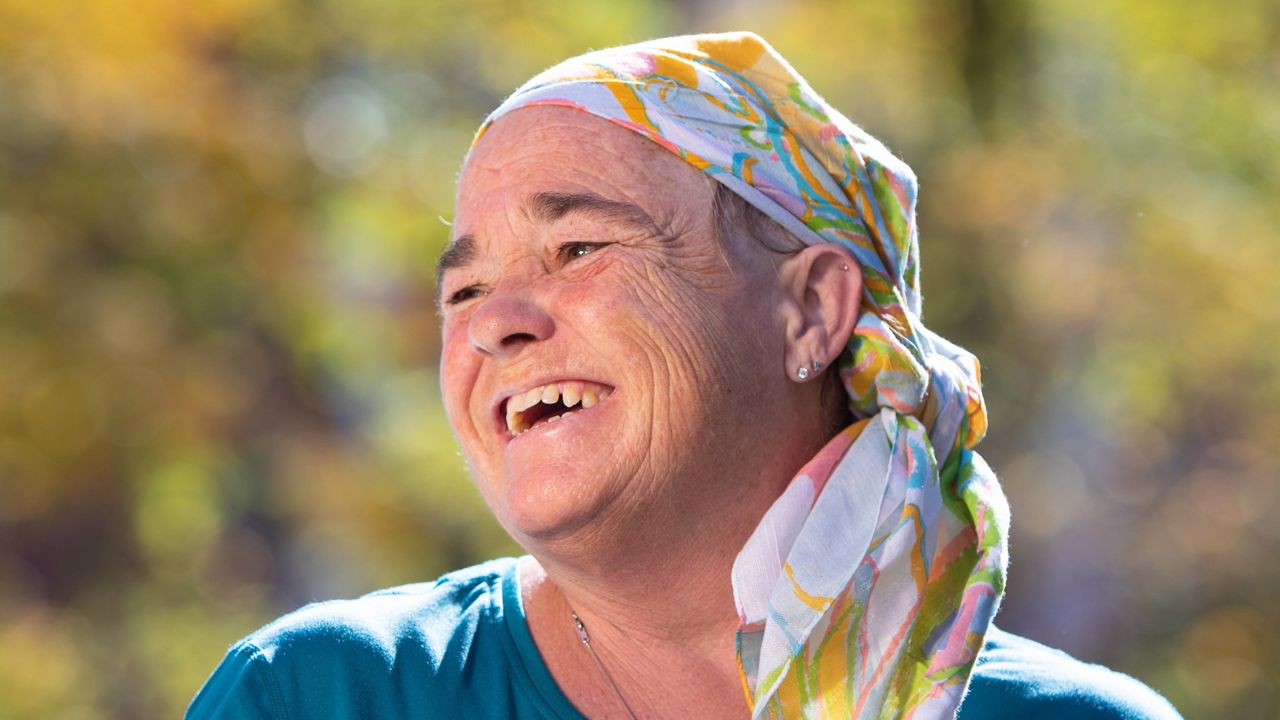 The sisterhood of the traveling scarves is a Louisville organization's way of helping cancer patients around the state. // COURTESY UNIVERSITY OF KENTUCKY

The Team Kentucky spirit helped people stay positive amidst the COVID-19 pandemic this year. Michael Donald is the chief pastor at Pathway Baptist Church — he and his congregation raised $10,250 for people who have fallen into tough economic positions due to the coronavirus.

Christ Moo's story is unlike any other of Spectrum News 1's scholar-athletes. The senior at St. Francis was born in a refugee camp in Thailand where his parents had moved after fleeing persecution in Burma. When he was seven, Catholic Charities helped move the family to America. The culture shock was intense, but Christ persevered, spending hours every day to learn the language and the lifestyle. At St. Francis he's on the tennis, soccer, and dance teams — but always put academics first, on his way to a 4.1 GPA. 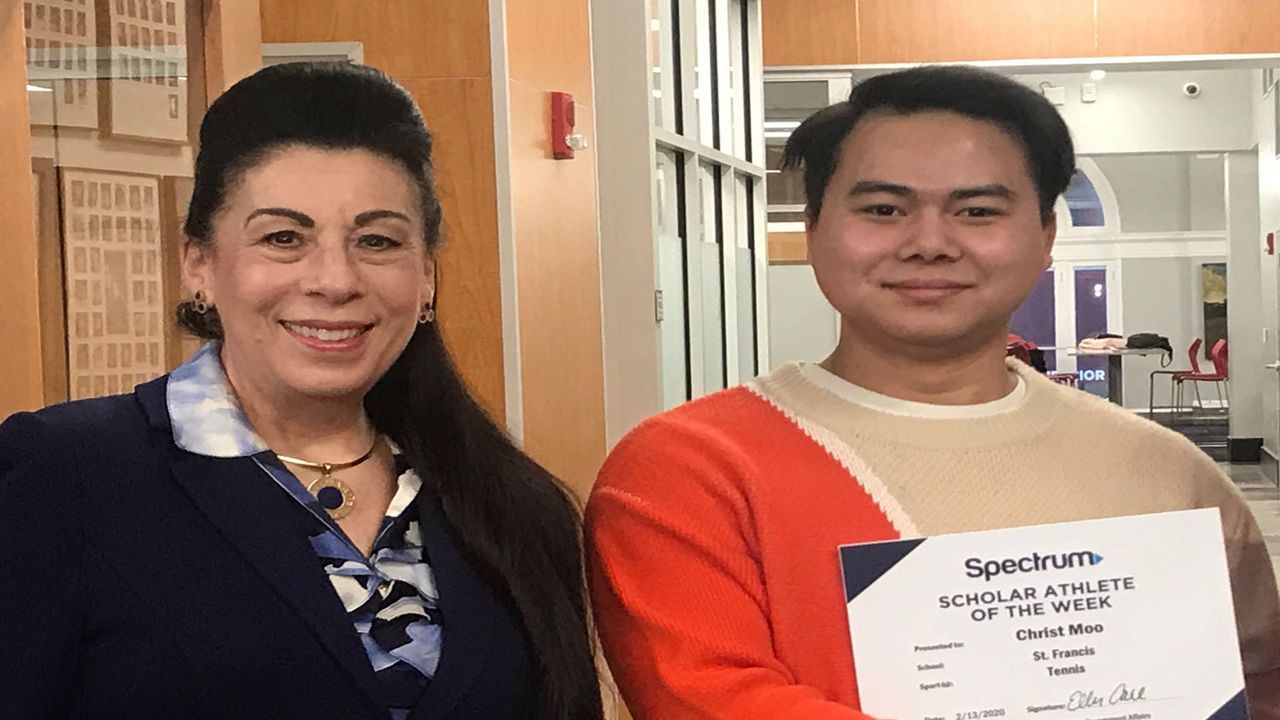 Children in Fayette County Public Schools (FCPS) could get clothes laundered for free, through one ministry's service. Miracle Ministries washed clothes for the families of homeless children, and for kids under the poverty line. They volunteered their time, while the owner of "Miracle Bubbles" laundromat donated his money.

Meet the Woman Who Honors Coronavirus Victims Every Day

Kandie Adkinson rings her father’s old school bell at 10 a.m. nearly every day at the Kentucky State Capitol to honor people dealing with coronavirus. “I ring his bell in honor of all of our educators, our bus drivers, our school administrators who are having to adjust their school planning for non-traditional instruction to make sure our children are educated,” Adkinson said. She started ringing the bell March 30 after Gov. Andy Beshear made a plea to honor coronavirus victims. 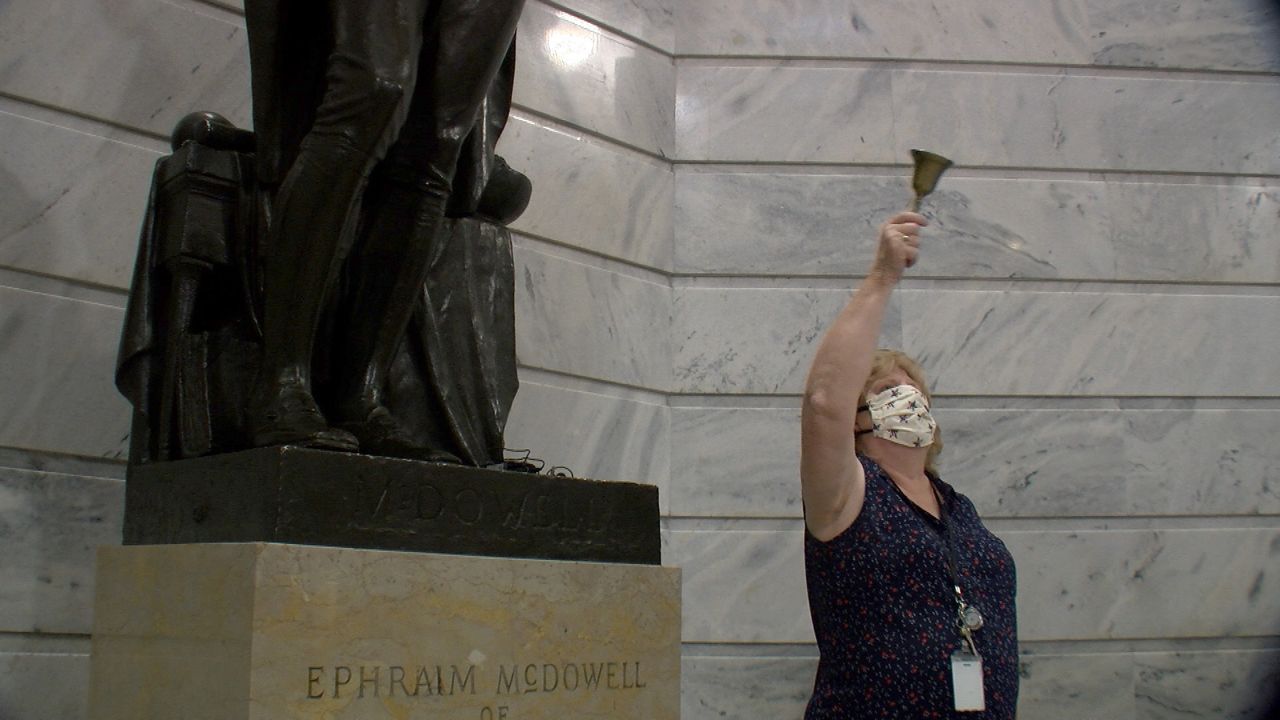 “We have to learn to get through this, just like Daniel Boone did. He faced the challenge. He met the challenge, and that’s why we’re here today,” Adkinson said.

After decades of pursuing a degree in teaching, Karen Russell finally got a classroom of her own, but in a virtual setting. Graduating this past May from Western Kentucky University at 52 years old, Russell never gave up on her dream of becoming a teacher. Going back and forth to school for education over the past several decades, she was months away from crossing the stage when the pandemic hit. Having to transfer her student teaching experience from in-person to online, Russell said it helped for what was yet to come.

Erin Hinson started the Louisville COVID-19 Match Program on March 13 to match healthy volunteers with neighbors who are at a higher risk of coronavirus complications. She never could have anticipated how fast it grew. While they usually start as perfect strangers, Hinson said so many of the people in the program have built great relationships through it. "I am humbled daily by the stories that roll in from our volunteers. The idea of intergenerational relationships, I hope it lasts far beyond this pandemic," Hinson said.

Paula McCraney is a councilwoman for Louisville's District 7 and served as a first-time delegate during this year's virtual Democratic National Convention. McCraney’s support for Vice Presidential Candidate Kamala Harris goes beyond party affiliation. In fact, for many years, McCraney has shared a connection with Harris. Both women are members of Alpha Kappa Alpha, the oldest Greek-letter organization established by African American women. 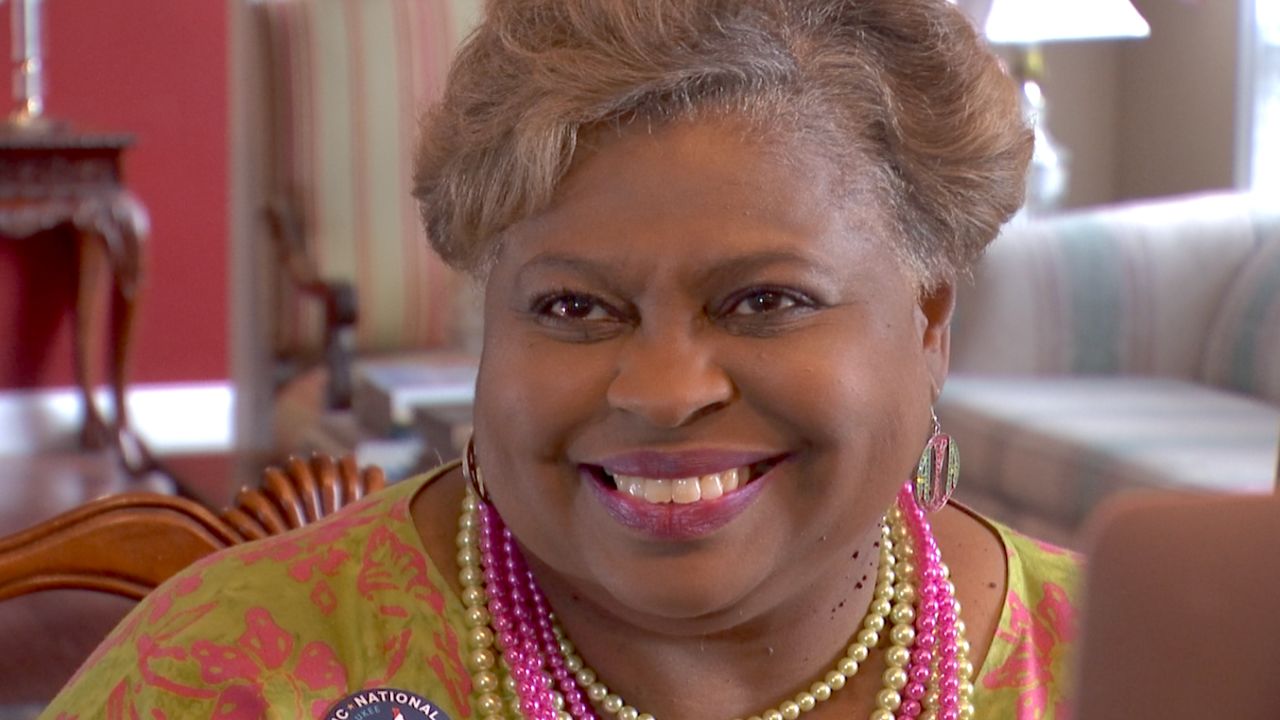 McCraney pledged at Oklahoma State, and Harris pledged at Howard University where the organization was founded in 1908.

Sydney Johnson has always been ambitious but wonders if she would be going to Kentucky State University this fall on a full scholarship if it were not for the support of the Lincoln Foundation. Founded in 1910, the Lincoln Foundation now serves more than 450 mostly Black and Latino students. COVID-19 forced the program to swiftly adopt distance learning, pour more resources into supporting graduating seniors, and alter its structure in advance of the fall. "I don’t think I would have these opportunities without them propelling me," she said.

A Moment of Hope in the Midst of Chaos

During protests in downtown Louisville over the summer, a Louisville Metro Police officer and a woman embraced. The embrace, shared by Officer Paris and Tonya Trumbo, lasted nearly a minute in the middle of the street by Jefferson and 6th Street. “All I know is from that moment I had some peace and I felt secure at both ends. You know it was a small sense of serenity at that moment and it was almost like I felt him surrender as well,” Trumbo said about the hug. 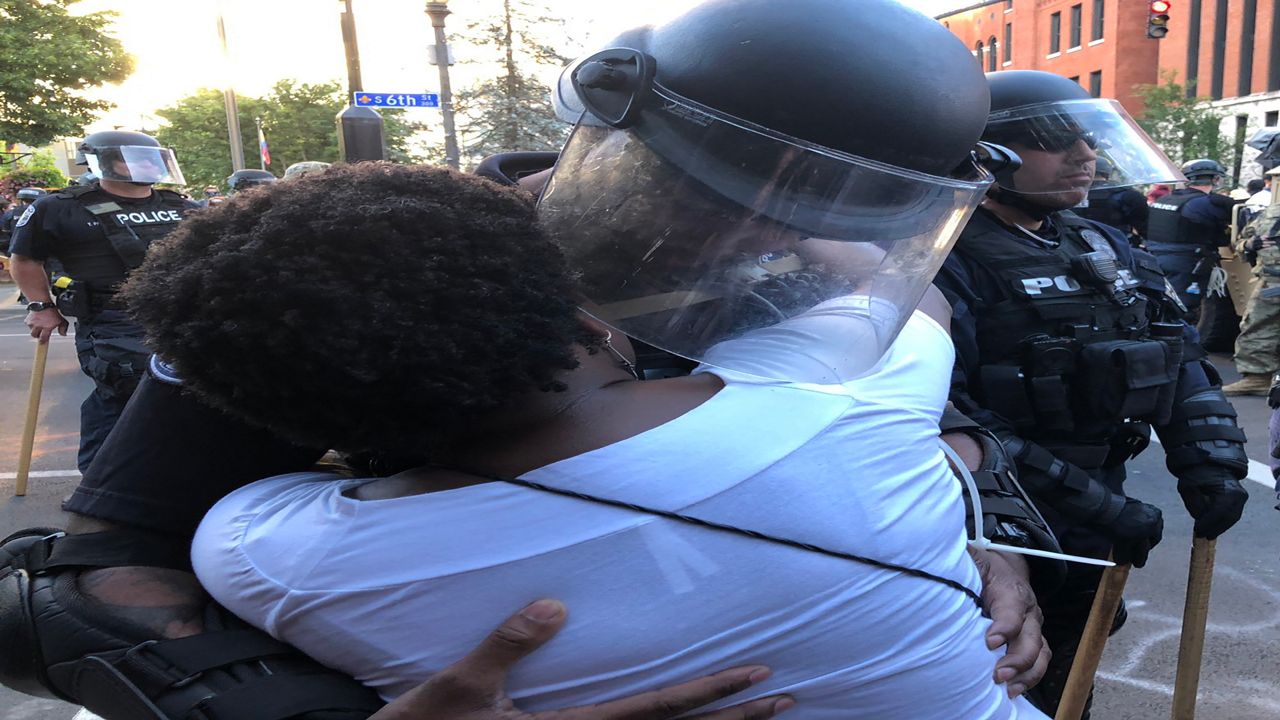 Trumbo said she wanted to set an example of how protests can be peaceful, which resulted in not only starting a dialogue but also an emotional hug.