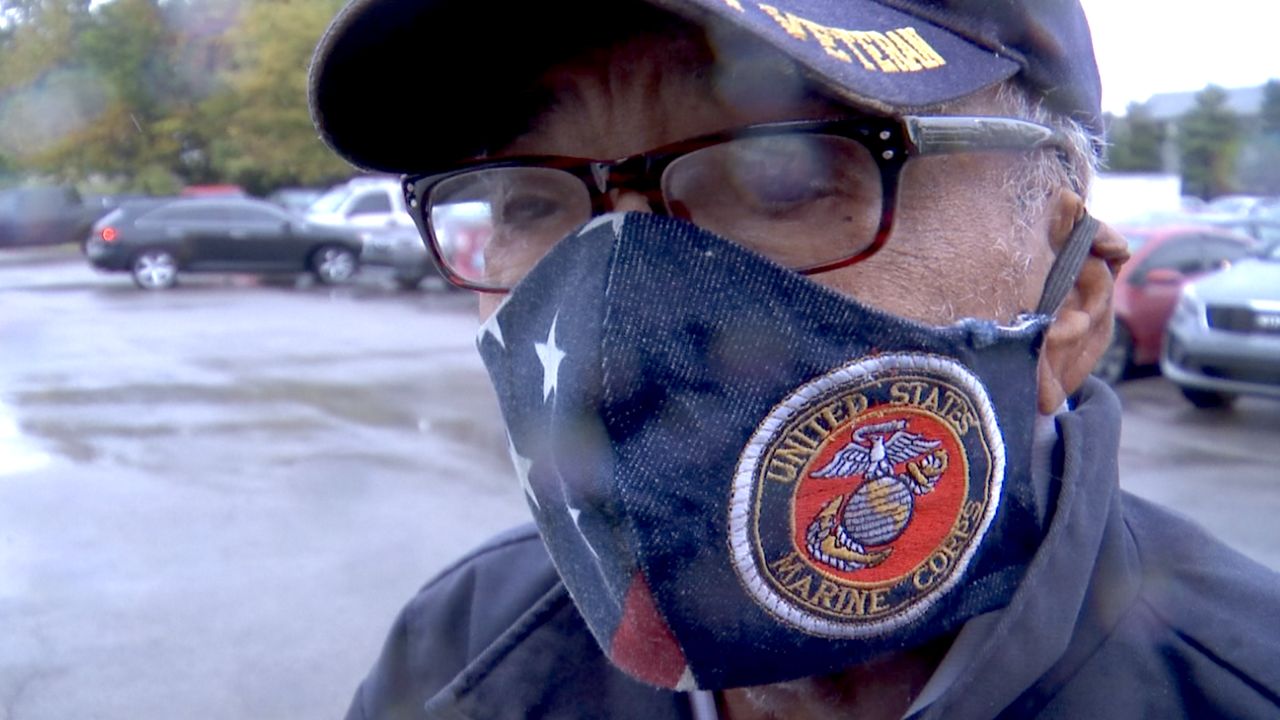 Thomas Cork is a Korean War and disabled veteran and was in and out in less than 20 minutes.

LOUISVILLE, Ky. — Rain did not prevent another strong showing at Louisville's early-voting locations. In fact, as of Saturday, nearly 50,000 residents had voted in-person in the city.

The Kentucky Expo Center and the East Marriot polling locations are both tallying nearly 4,000 voters a day. The Kentucky Center for African American Heritage is the city's west end polling place and while a much smaller venue is seeing nearly 1,000 voters each day.

On Monday voters were giving the west end polling place positive reviews. Thomas Cork is a Korean War and disabled veteran and was in and out in less than 20 minutes.

“At one time I worked on the polls," Cork told Spectrum News 1. "So I kind of know what they are going through because I watched them work and I was very impressed. And I think everyone who has note voted, take the time to vote. It’s very easy, with no lines. Good parking!" Cork adds.

Another voter described voting this way, “Smooth going, smooth going. They’ve got somebody there at the table ready to wait on you.”

One voter said she drove from Brownsboro Road to the west side location. “There are no lines. It didn’t take us any time and we’ve come from 40207."

Other states have reported long lines and wait times but more than one voter said Louisville is setting a good example on how a city can successfully orchestrate early voting.

Cork had this advice for any states, "Maybe they should come down and look at the News and see how you guys are doing it down here. Maybe it would help them out!."