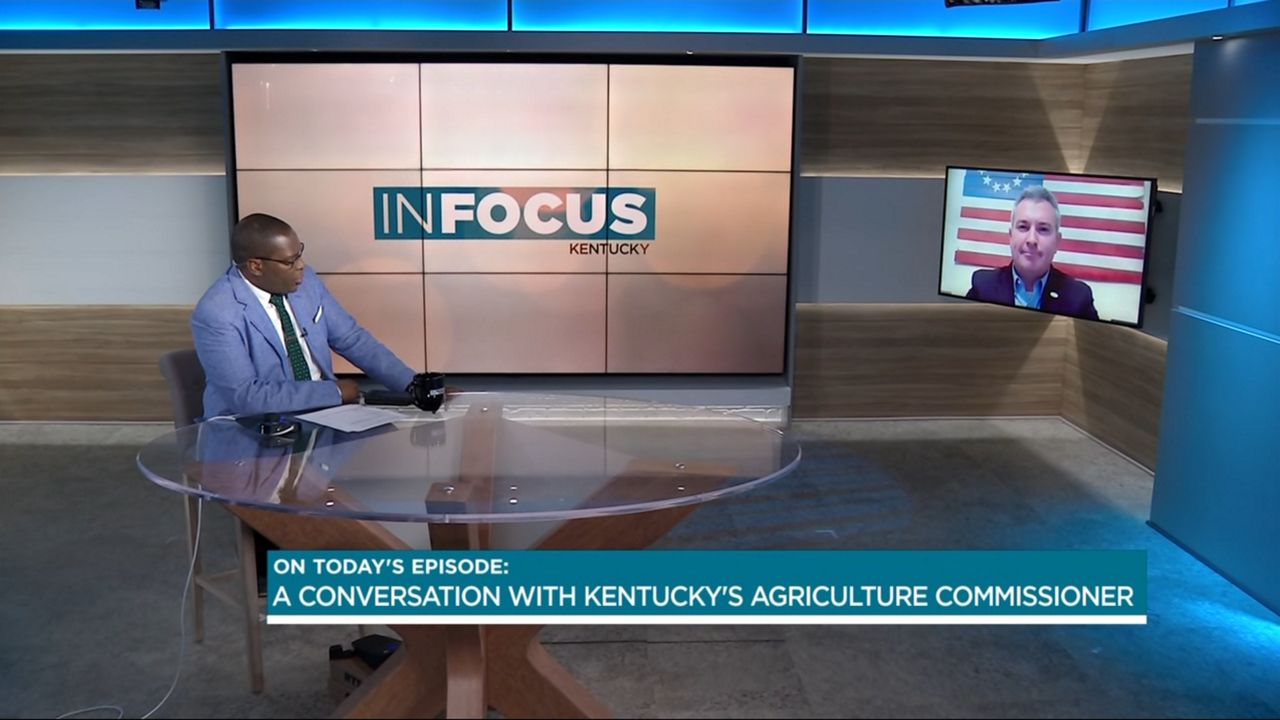 In Focus: Ryan Quarles discusses considering 2023 run for Governor of the Commonwealth

KENTUCKY — Fancy Farm, KY in Graves County is known for its BBQ, mutton and political speaking. After hosting a limited version of the picnic in 2020, the political speaking and games were canceled due to the coronavirus pandemic. The picnic traditionally kicks off the fall political campaign in Kentucky. This year's event will be held on Aug. 7.

There is still a lot of time between now and the year 2023, but political candidates in the Commonwealth are already starting to look Kentucky's next election cycle.

Dr. Ryan Quarles was first elected as Kentucky’s Commissioner of Agriculture in 2015. He was reelected in 2019, winning 117 of Kentucky’s 120 counties.

Now, Quarles says he is considering entering the Republican primary in 2023 to challenge Democratic Gov. Andy Beshear, who has already announced he intends to seek reelection.

"I am considering running for Governor, but ... I'm focused on being the best Ag Commissioner as possible right now ... I and other Republicans are getting a lot of encouragement to run or consider running for Governor, mainly because they're dissatisfied with Gov. Beshear and his lack of communication, his lack of unity. This past year, during the pandemic, the Governor has had no, if not little communication with the Kentucky legislature, with other executive constitutional officers like myself. A lot of frustration out there, a lot of people feel that we need a leader to step up to the plate that's going to unify our state, is going to listen to the needs of Kentucky fans and have some common sense," explains Quarles