Brown's death was first reported by our partner, the Herald Leader.

Pamela Brown, the CNN achor and notable daughter of the former governor, confirmed his passing in a statement on social media.

"My Dad, John Y. Brown Jr., not only dreamed the impossible dream, he lived it until the very end," Brown wrote on Twitter.

My Dad, John Y. Brown Jr., not only dreamed the impossible dream, he lived it until the very end. We are heartbroken by his passing, but find comfort in what he wrote in one of his final days, “I have never been so happy.” RIP Daddio 💔 https://t.co/azKvHSueZi

"Our Dad, John Y. Brown Jr., not only dreamed the impossible dream, he lived it until the very end. His positive attitude and zest for life was unrivaled and allowed him to beat the odds many times over. Every day was an exciting adventure for him. He was a true Kentucky original who beamed with pride for his home state and its people. He had many prominent accomplishments, but most of all he loved his family with all of his heart, and we in turn loved him with all of our hearts. We are heartbroken by his passing, but find comfort in what he wrote in one of his final days, 'I have never been so happy.'"

I am sad to share that former Governor John Y. Brown Jr. has passed away. Gov. Brown was a remarkable leader who was committed to serving the people of Kentucky. He made our commonwealth a better place. Britainy and I are praying for his family and loved ones. ^AB

Beshear directed that all flags at state office buildings be lowered to half-staff in Brown's honor until the sun sets on the day of his interment.

In a statement, Sen. Mitch McConnell shared his sympathies as well, saying, "Our prayers are with Governor Brown's four children and all others who knew and loved this legendary businessman and statesman."

Born in Lexington, Brown served as the Commonwealth’s 55th governor. His term spanned from Dec. 1979 to Dec. 1983.

The Democrat was also known widely for making Kentucky Fried Chicken what it is today. Brown served as co-owner of KFC before selling his stake in 1971, according to the National Governor’s Association. He also had owned three professional basketball teams, including the Boston Celtics.

In the 70s, he became a leading Democratic fundraiser by the time he made his own run for public office. In the spring of 1979, newly married to TV celebrity and former Miss America Phyllis George, Brown swooped back into his home state and entered the Democratic primary for governor. With his personal fortune, Brown unleashed a six-week campaign that made heavy use of television. He squeaked by a comparatively colorless field of candidates to win the nomination, then defeated Republican Louie B. Nunn, a former governor, in the general election. 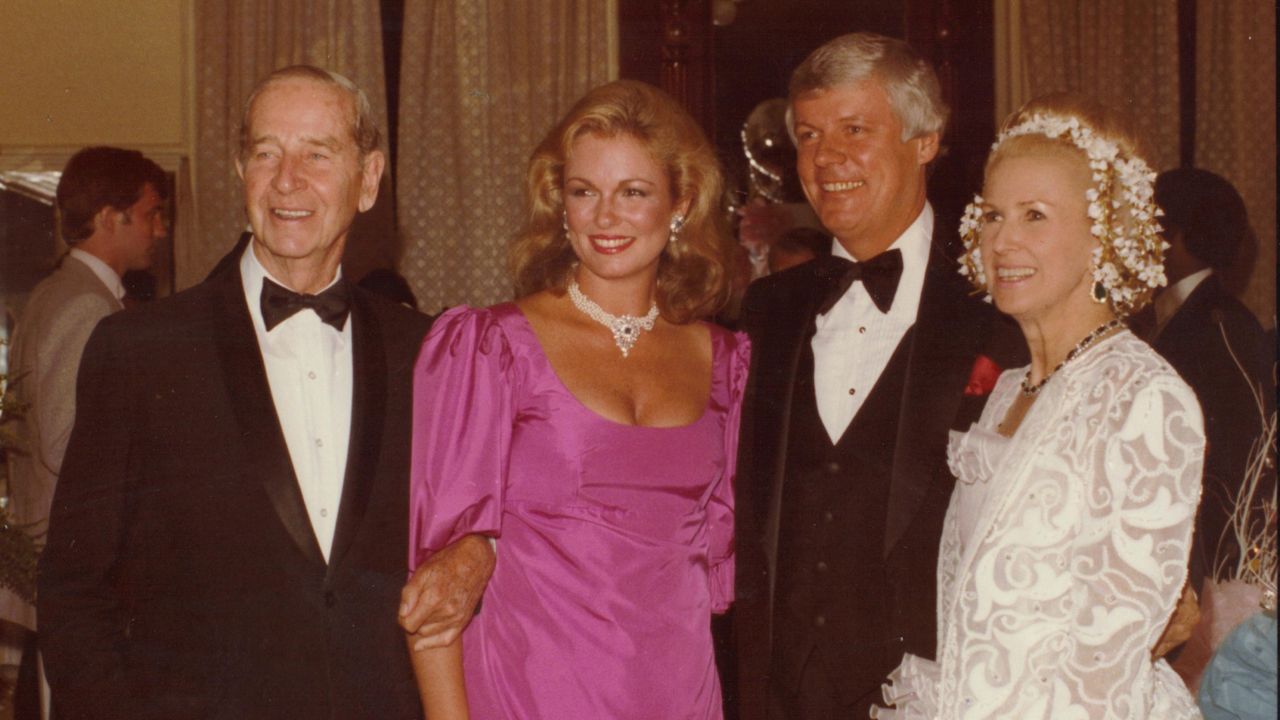 As governor of Kentucky, the NGA says Brown reduced the budget by 22% and brought record commerce to the state.

But Brown had the bad luck to take office as a recession was tightening its grip and tax revenues were dropping. He got high marks for keeping the state solvent, but thousands of state employees lost their jobs, and they took it out on Brown in his two future races.

Later in life, Brown faced some health struggles. In 1983, Brown had the first of his heart bypass surgeries. He was heavily sedated for a week and breathed with the aid of a respirator. Two months later, having sworn to give up cigarettes and lose weight, Brown told reporters his brush with death had made him a new man. “It’s sort of being born again to me,” Brown said. “I think it will change my life, and it needed to be changed. ... I hadn’t eaten the right things, I hadn’t exercised, and I was a freak of nature.”

One of Brown’s sons, John Y. Brown III, added to the family’s political lineage by winning election as Kentucky secretary of state in 1995. He was re-elected without opposition in 1999.

While governor, Brown offered his credo one day in a news conference at his office in the Capitol at Frankfort: “Let me be free; let me be myself. I am different.”

Brown is set to lie in state at the Kentucky State Capitol rotunda. Additional arrangements are not yet known.