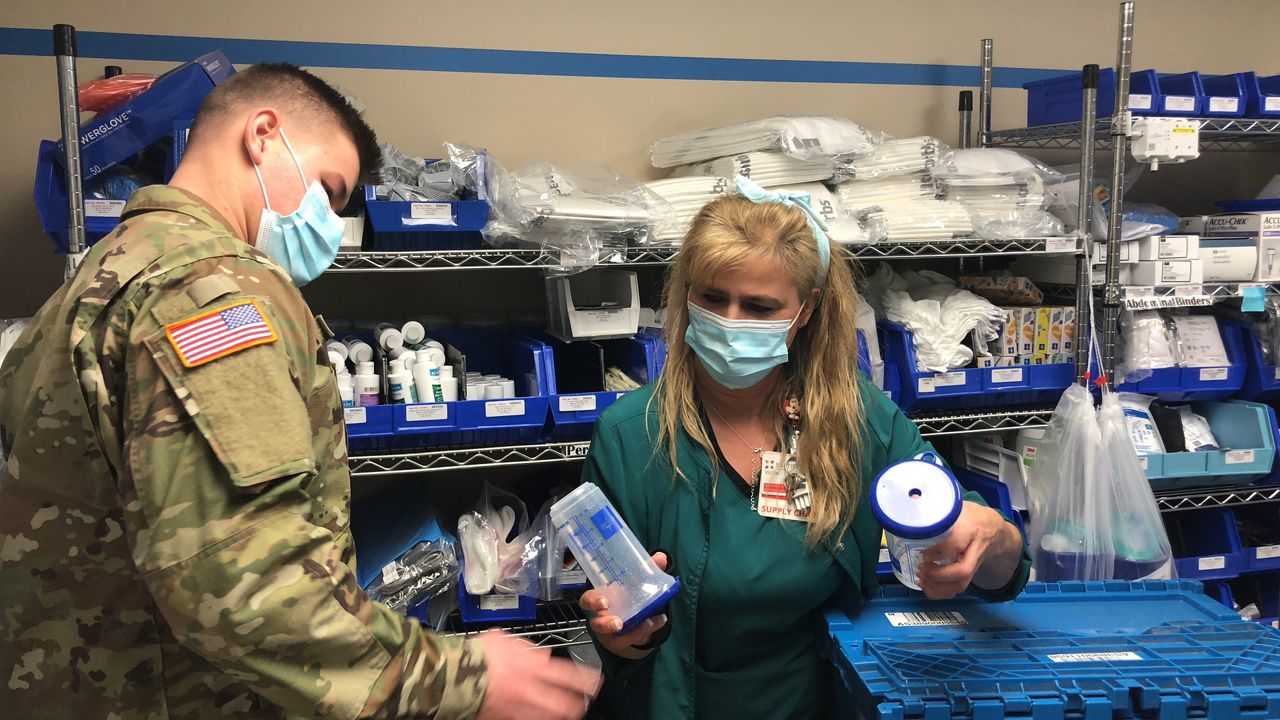 RICHMOND, Ky. — Members of the Kentucky National Guard are back in hospitals to help with the surge in COVID-19 cases.

This is a second round for the Kentucky National Guard. They helped at numerous hospitals in the state in the late summer and fall months including at Baptist Health Richmond. 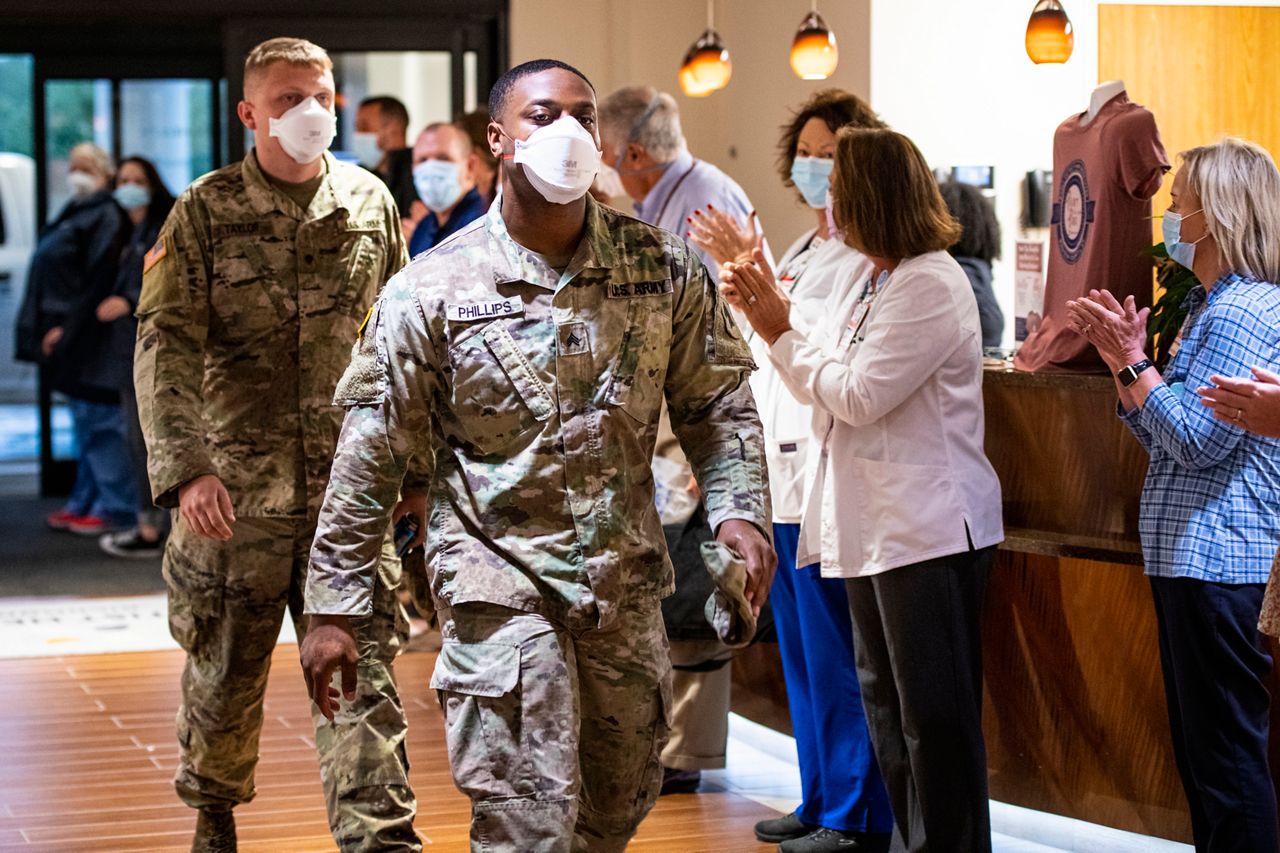 “We're just coming together as a team to augment the hospital staff here. The ultimate goal being to reduce the spread of COVID, reduce the amount of stress it puts on our healthcare system,” said Lt. James Pettit with the Kentucky National Guard.

Pettit along with Sgt. John King and eight Guard members will help at Baptist Health Richmond. They're helping with non-clinical duties that include directing and screening patients walking in, distributing medical supplies and housekeeping to help ease the burden on healthcare teams.

“We stopped post-operative admission. So those patients that we knew were coming out from an outside, you know, as an outpatient that might need a surgery and would have to be admitted afterward. We're not allowing those right now because we know we need those inpatient beds. And then we also have decreased the number of operating rooms from currently running in order to accommodate extra patients,” Gregonis said.

She said they’ve learned lessons from the previous surge that took place in the late summer and fall months last year. 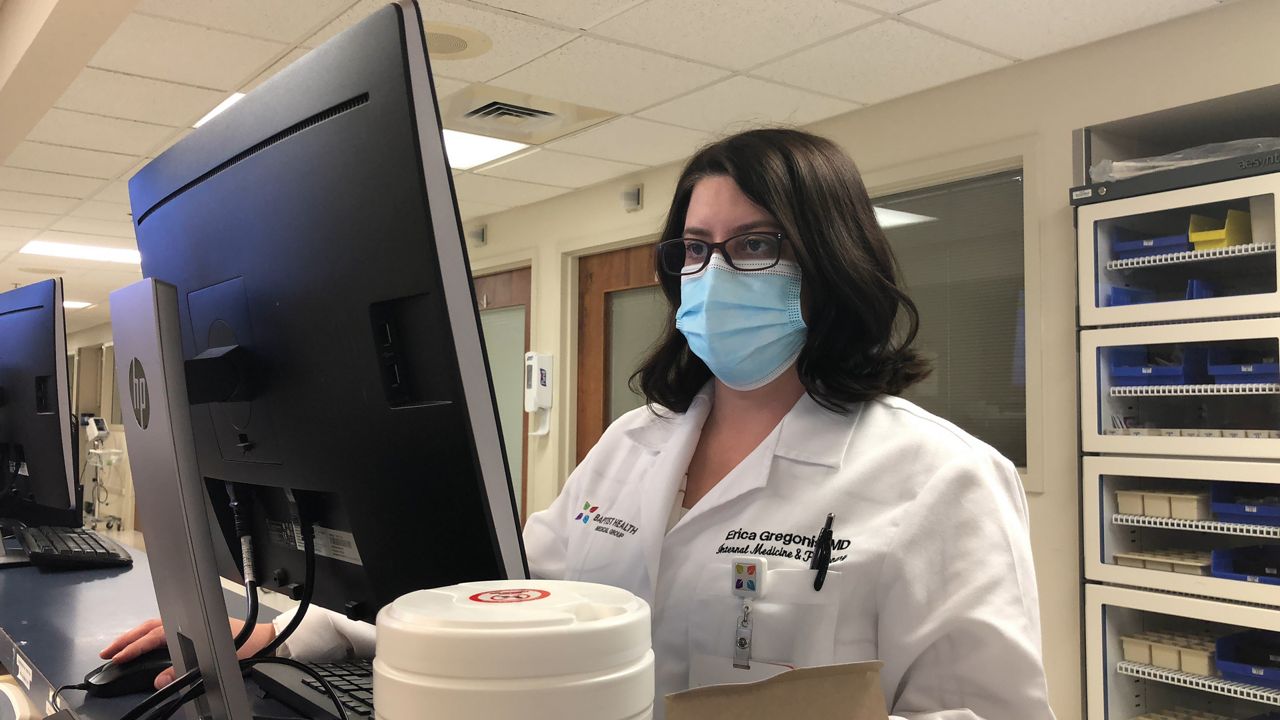 Dr. Erica Gregonis describes the pandemic as a marathon as we inch close to the two-year mark of first case of COVID-19. (Spectrum News 1/Khyati Patel)

During Monday’s COVID-19 briefing, Beshear said across the state hospitalizations have increased by 17% in the last seven days and that number will likely change.

“Back in our previous surge, I think we got up to the high 30s in the numbers that were here,” Gregonis said. “The prediction is we may get that high again, depending on which day you've checked the numbers. (The) predicted surge now is around late January, early February.”

The variant is putting a strain on healthcare systems as we inch closer to the two-year mark of the pandemic. 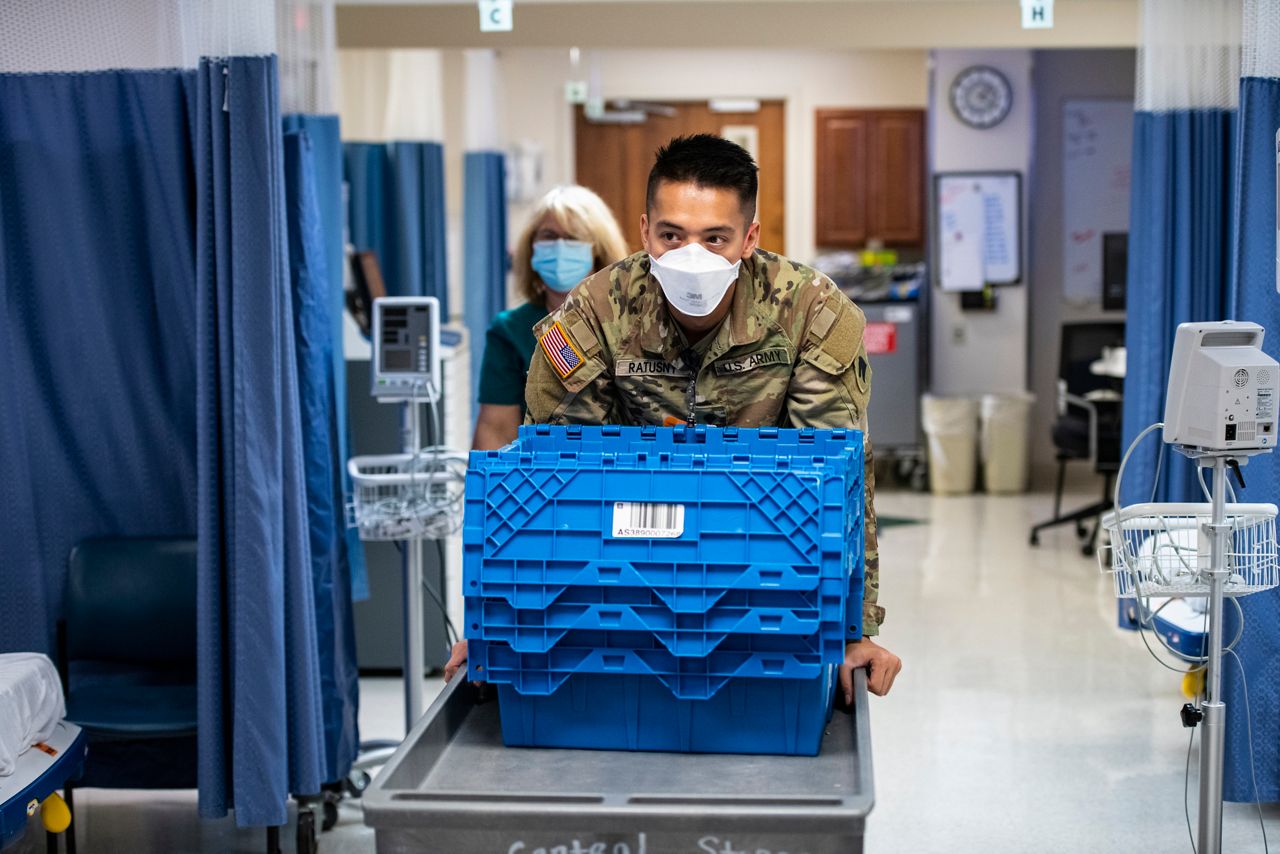 “I think it's a marathon. I think all of us, in the beginning, thought (it) was going to be a sprint right? We were going to have this COVID pandemic happen. It was probably going to consume our lives maybe for a couple of months,” Gregonis said. “I don't think any of us thought we'd be here two years later, right? So I think people are really exhausted or tired, and not just physically but mentally. And I think that's the hardest part for healthcare providers. We want to do the best that we can every day. And you know, after two years of doing this day in and day out, it's hard.”

The Kentucky National Guard’s assignment at Baptist Health Richmond is for the rest of the month. It could get extended per the hospital’s needs and pending the governor’s approval.