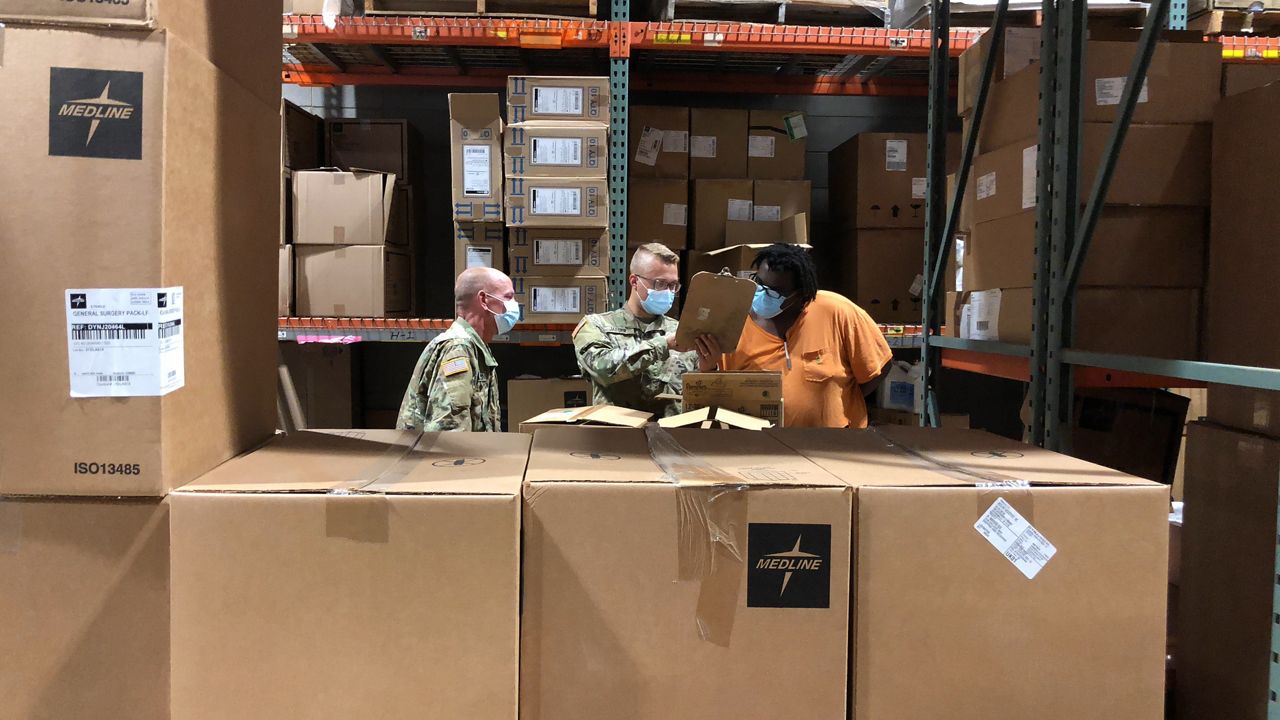 Starting Monday, five members will help out with logistical duties at the University of Kentucky HealthCare hospital system.

“I got called caught up in August, the end of August like that, and actually went down to Bowling Green, I was staying with transport down there,” Watkins said. “I was staying there for about a week and a half for about a there, and volunteered to get transferred up here because I live here in Lexington.”

For the past five years, Watkins has served with the Kentucky National Guard helping mainly during natural disasters.

“I never thought I’d be working in the hospital [a] day in my life,” Watkins said.

Since last week, there are about 15 Kentucky National Guard members helping in Lexington are hospitals.

“I’ve seen a lot of nurses overworked, stressed out, shorthanded for all kinds of different reasons,” Watkins said. 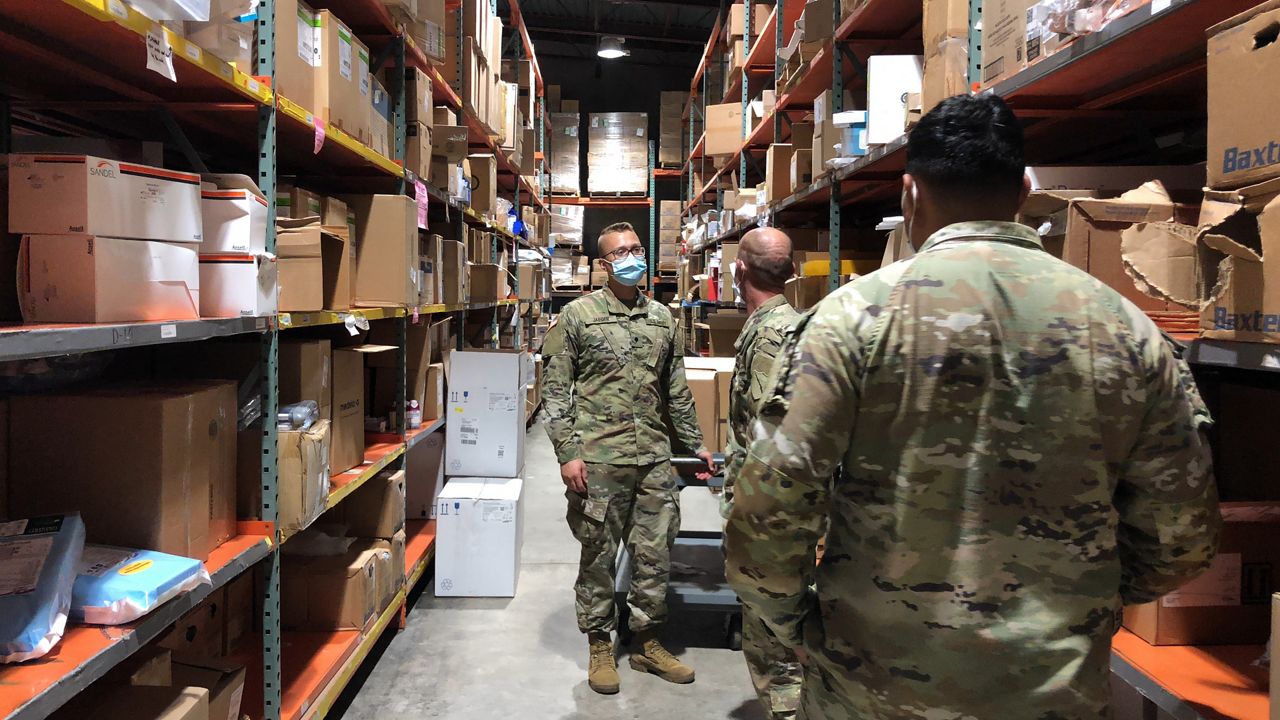 Five guard members began serving in nonclinical duties and helping pull out medical supplies and personal protective equipment (PPE). They will serve as needed at the hospital for at least two weeks.

“We're up to about 144 patients, it's not the highest we've been, but it's still a fairly large number for us during this surge,” said Colleen Swartz, vice-president of operations at UK Healthcare.

Swartz said the surge in cases is putting a strain on resources.

“We are seeing the effect of different patient populations including children, women who are pregnant, and also the general ages younger,” Swartz said. “The vast majority of the patients we have in the hospital, including the critical care unit are unvaccinated and so as we get asked thank goodness for the National Guard coming to help us with our supply chain and some logistics.”