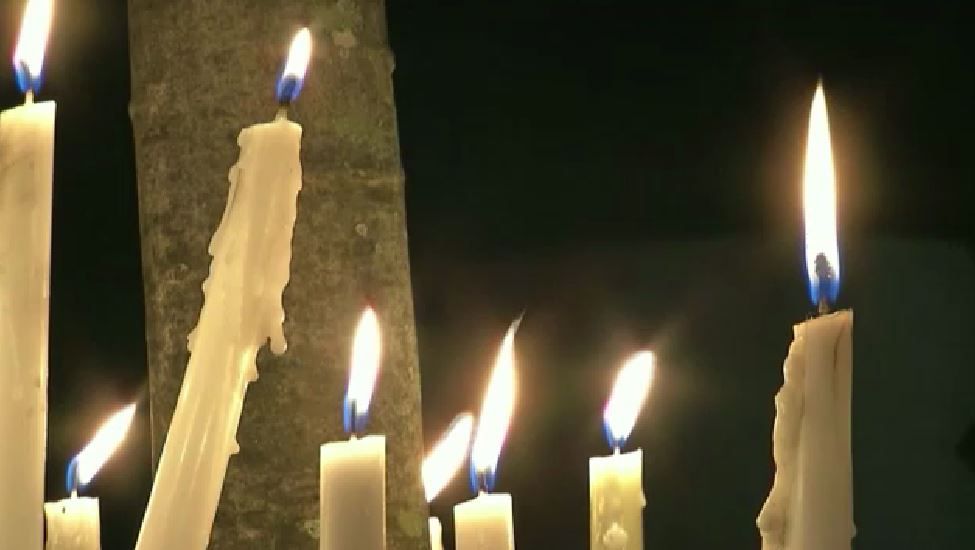 LOUISVILLE, Ky. — “She was a wonderful daughter. She was such a good daughter.” Candy Linear, the founder and creator of The Nylah Linear Foundation, explained to Spectrum News 1.

There is pain and sorrow in Linear’s voice and in her eyes. Each one of these pictures, portraits and cutouts in the living room of her late daughter, Nylah, hold a precious memory.

In July of this year, Linear said her daughter Nylah and her sisters were walking to a party at their aunt’s house a few blocks away when Nylah was shot. Candy heard the gunfire and rushed outside. An officer did CPR, but Nylah died. She was just 16-years-old.

“It’s been Hell." Linear explained to Spectrum News 1. "I feel like I’m living in a nightmare or a really bad dream that I can’t wake up from.”

In the days since, she said she had support, but she says most people didn’t know how she felt.

“I had no one that had been through what I had been through. So, it was hard for them even to relate to me. They don’t even know what to say to me.” Candy Linear, the founder and creator of The Nylah Linear Foundation, explained to Spectrum News.

So, in Oct., she created the Nylah Linear Foundation.

“So that I could help grieving mothers. So that I could create a foundation for all of us, even me ….to grieve, to form friendships and to try to heal," said Linear.

The foundation provides free help paying for things like funeral expenses, grief counseling, and even massages.

“It’s a really good feeling to be able to help a mother who just lost her child. Because the first 24-72 hours is a blur. You don’t know if you’re coming or going,” added Linear.

The foundation even helps the siblings of violence victims with family activities like a once-a-month trip. Nylah’s 15-year-old sister, Sakinah Marie is also part of the Foundation and says being around them is healing.

“Because I know they know what I’m feeling." Sakinah Marie, explained to Spectrum News 1.

When asked why that matters to her, Sakinah explained, “Because most people don’t understand this pain.”

From her heart, Linear just wants to be there other families. “I just want to give them hope. That’s the biggest thing, because you close hope immediately. I want her to live on as long as I have breath in my body. I don’t ever want them to forget her.” Linear said.

Linear told Spectrum News that one of her goals is to expand her services with safe haven houses across Kentucky.