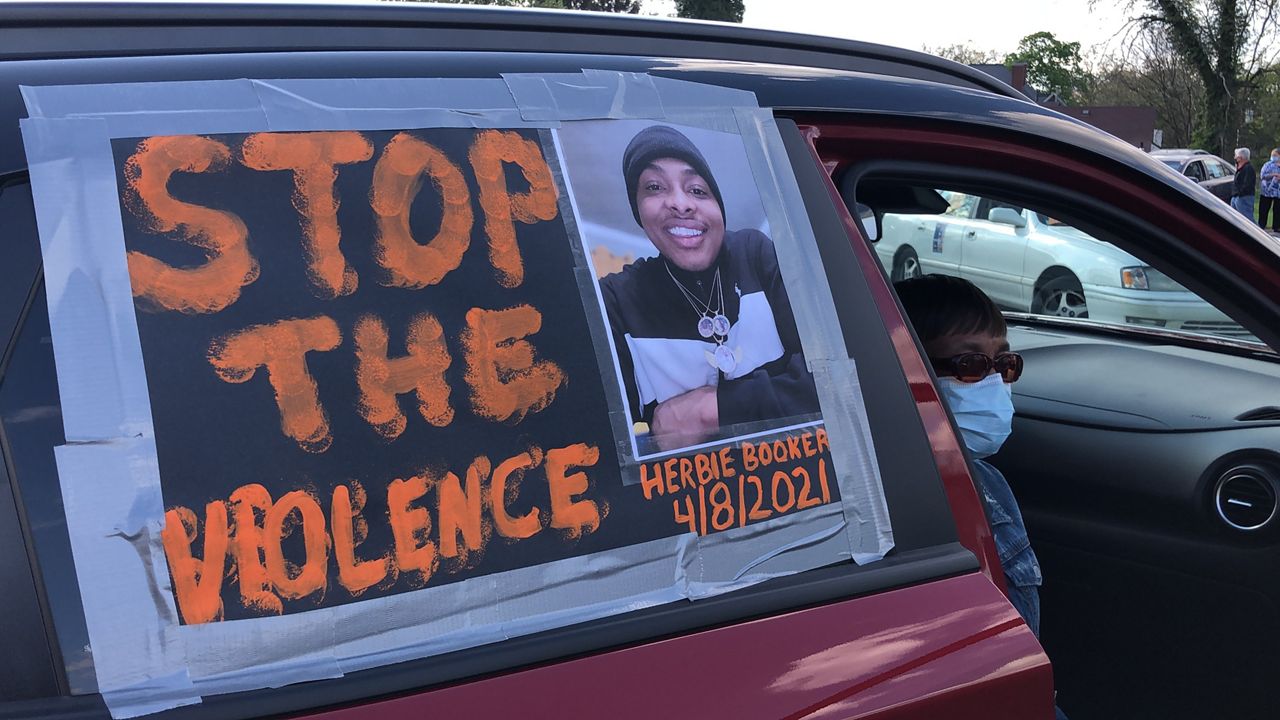 A family member awaits in her car at the rally with a sign calling attention to a life lost too quickly.

'The most devastating call that a parent could get.' Families rally to end violence


The organization is called Building a United Interfaith Lexington through Direct-action (B.U.I.L.D.) It’s comprised of 26 congregations in the area.

On Tuesday, they hosted a socially distant drive-by rally called Stop The Violence. 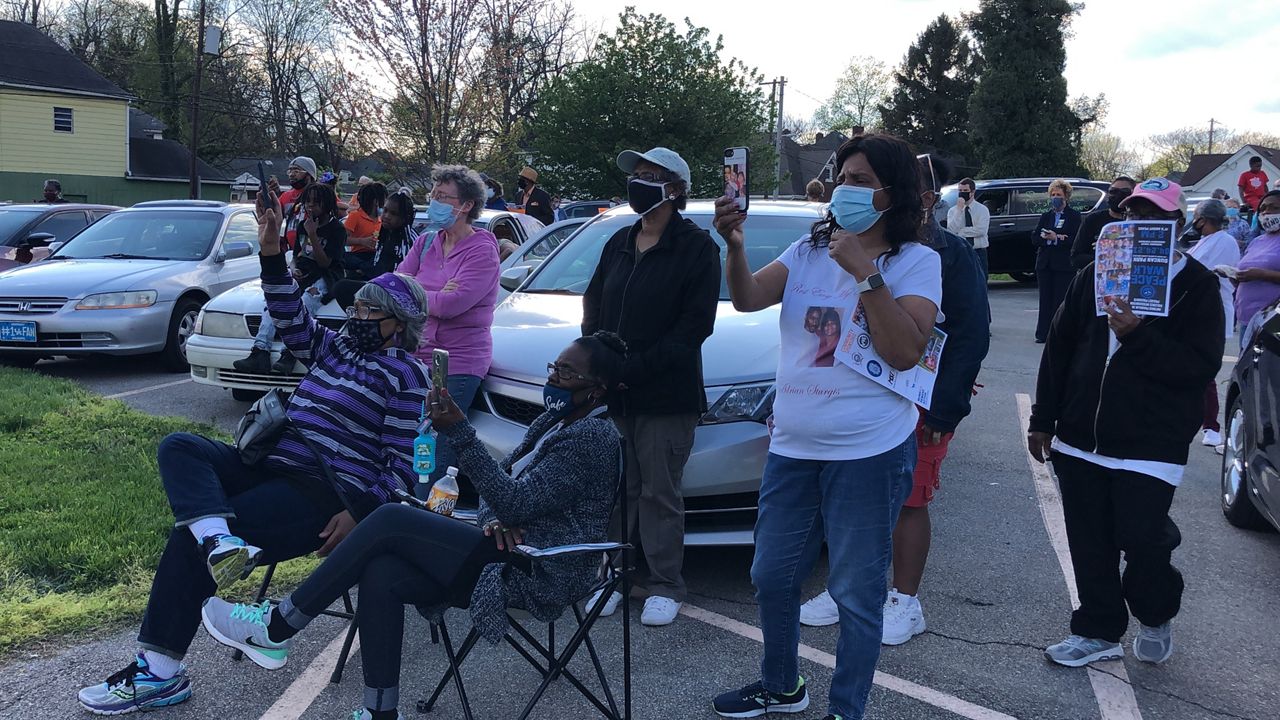 A group of 100 or more people gather on the parking lot of Shiloh Baptist Church for a socially distant drive-by rally.

More than a hundred or so people gathered at Shiloh Baptist Church for the rally, which immediately followed a symbolic funeral procession through the city to honor the victims of gun violence. 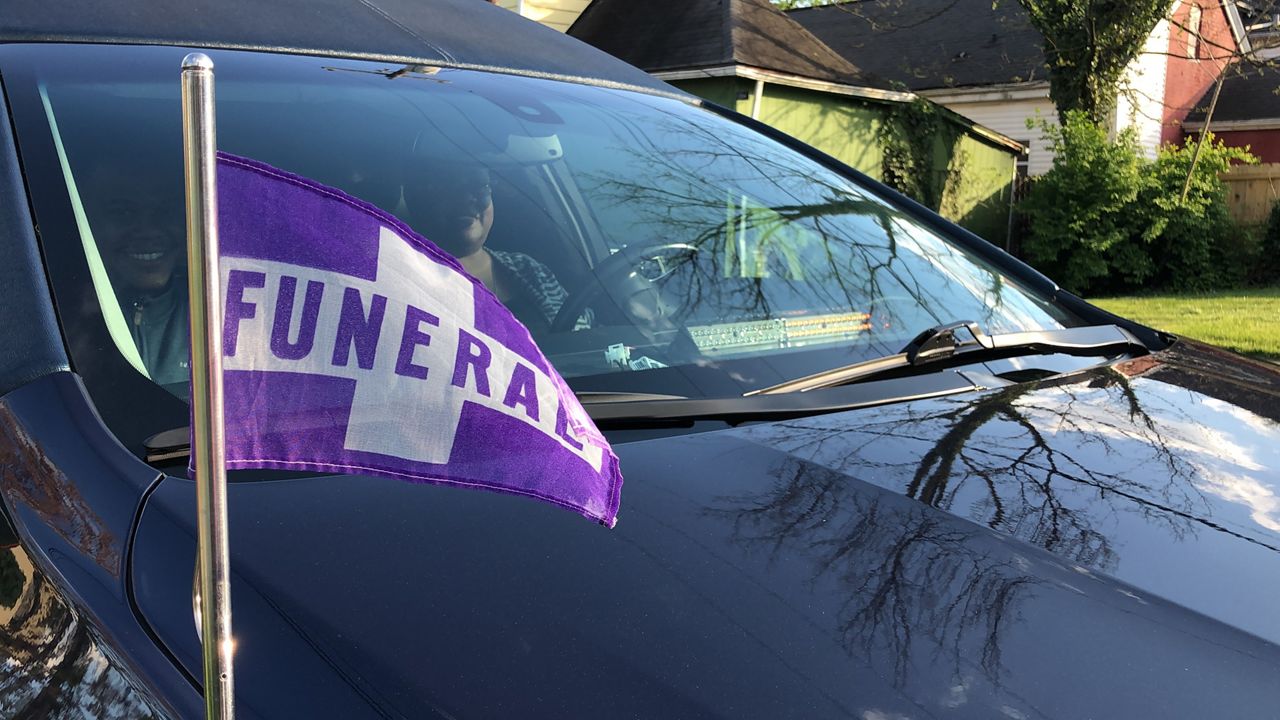 A car waits for the symbolic funeral procession to begin in Lexington.

“If we continue with the pace that we are at right now with 15 homicides as of today, we could hit 51 murders by the end of the year,” said Bryna Reed, who is part of the Violence Steering Committee for the nonprofit.

Reed has taken part in the cause since 2015.

“For six years we've been asking for this and we are continuing to lose lives senselessly we have the solution,” Reed said. “We have the answer to address the violence, and we are being ignored, and we cannot be ignored any longer. Too many people are dying, and nothing is being done.” 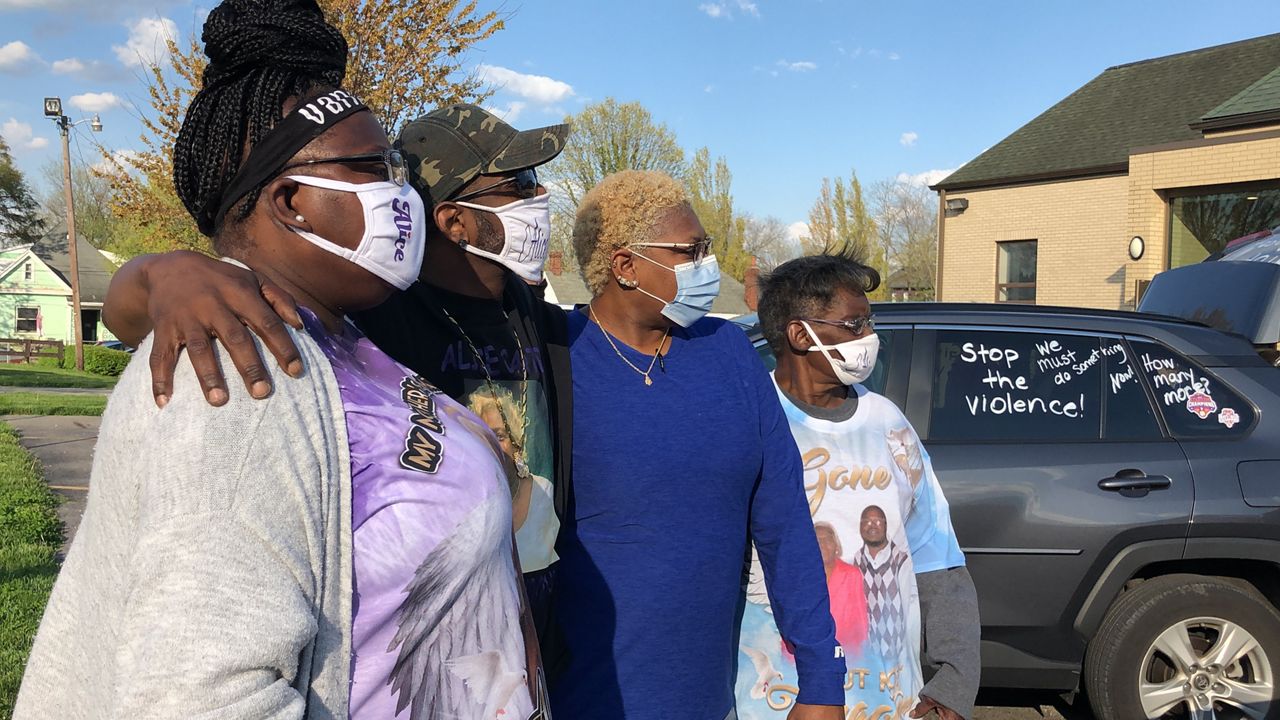 A family, who lost their mother in October 2020, listens to various speakers at the rally.

One of those deaths includes Jermaine Birch, son of Cheryl Birch from Lexington.

Birch describes the night of Sept. 29, 2009, like it was yesterday, even though more than a decade has passed.

“Not one single day. And it's even more painful when you hear of another homicide and especially when we are fighting for something that,” Birch said. “You know, I don't expect it to go to 0%. But if we can lower it 50% that no other family has to go through this.”

Her son is the driving force behind the cause to take action and change.

“Every time there's another homicide, you have healed, and it's taken the scab off because I know what their parent or their loved ones are going through. I can feel it,” Birch said.

Next week, the nonprofit is hosting a hybrid event to propose a new way of policing that builds trust and saves lives.