Kentucky Man Finds His Calling in the Cemetery

CORYDON, Ky. — A western Kentucky man has found a new calling during quarantine, and it’s bringing added peace to families in a unique way.

“Like, I call it a gift or a passion,” Chris Jefferson told Spectrum News 1. 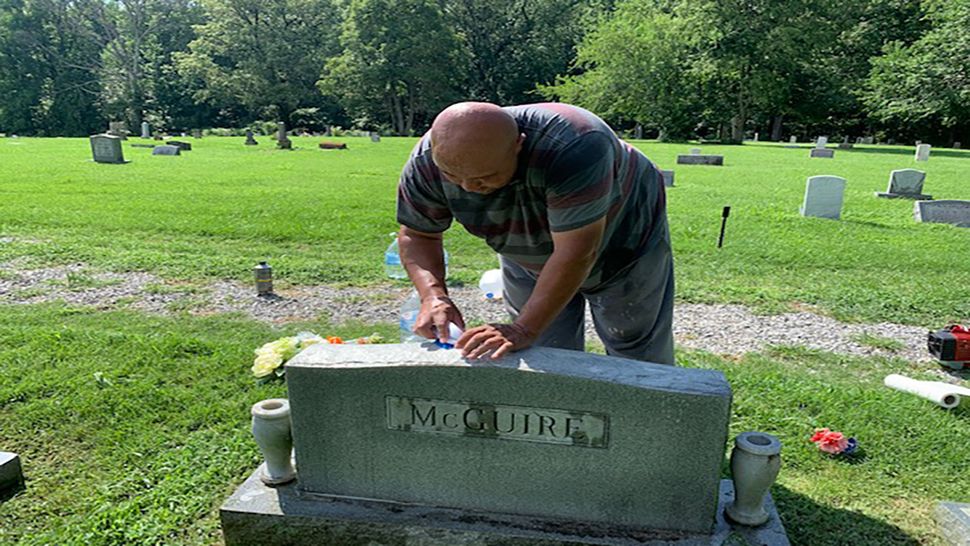 Jefferson says, while visiting a cemetery earlier this year, he couldn’t help but notice the elements were taking a toll on many of the headstones. Jefferson felt a need to clean the stones.

“When I first started, I didn’t really know a lot about what I was doing,” Jefferson recalled. So he went to work researching the proper way to clean headstones. He’ll do the work for a fee but also says he won’t turn down a family who can’t cover the cost. 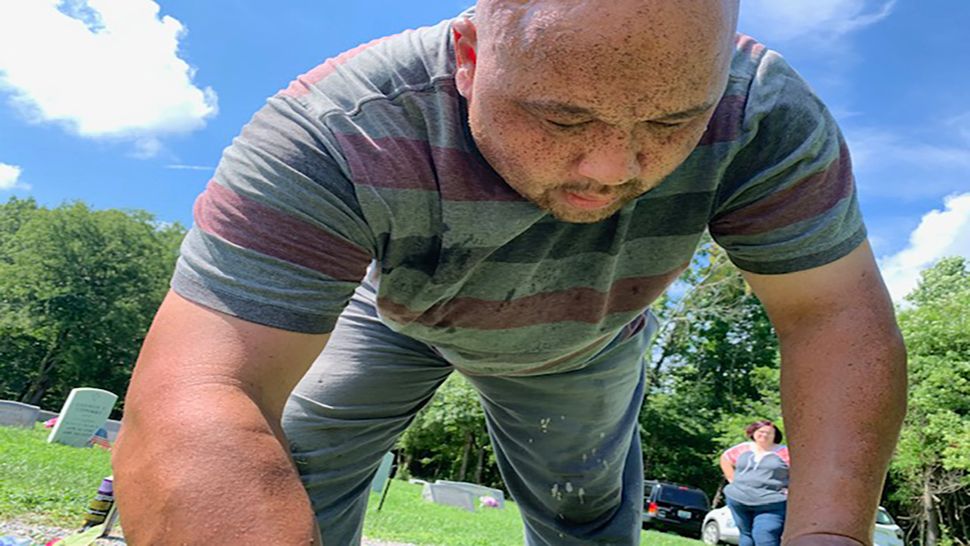 Jefferson will trim the grass around the markers then scrub the stone with brushes, removing the dirt and mold that’s accumulated over time.

Some of the headstones he cleans are more than a century old. Jefferson’s passion project has evolved because he’s also known online as, “CJ The Traveling Man,” and is currently on a pilgrimage to visit all the towns and cities in Kentucky. It’s a lofty goal, but every week Jefferson is visiting new communities, tending to their monuments and sharing the adventure online.

“I haven’t posted everything, but I remember going through at least 140 Kentucky towns,” Jefferson said. 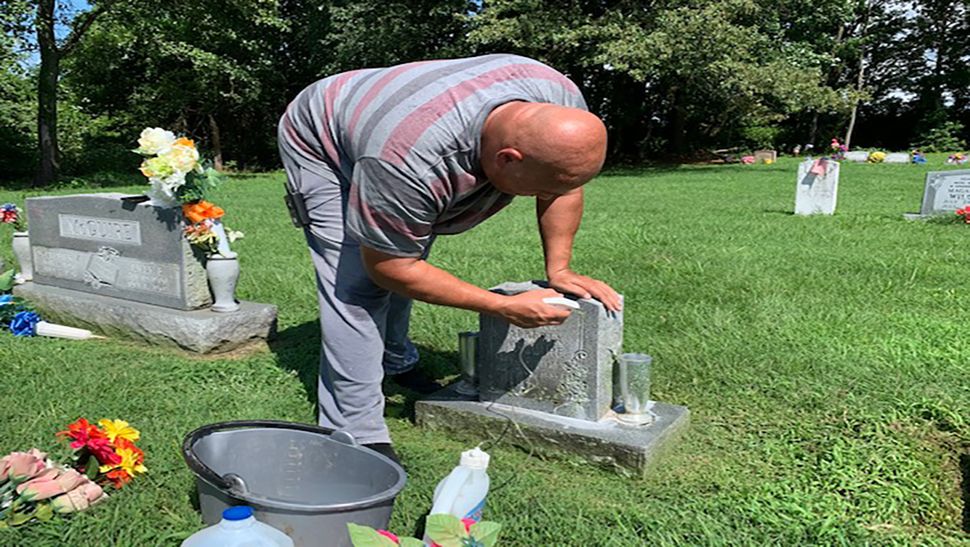