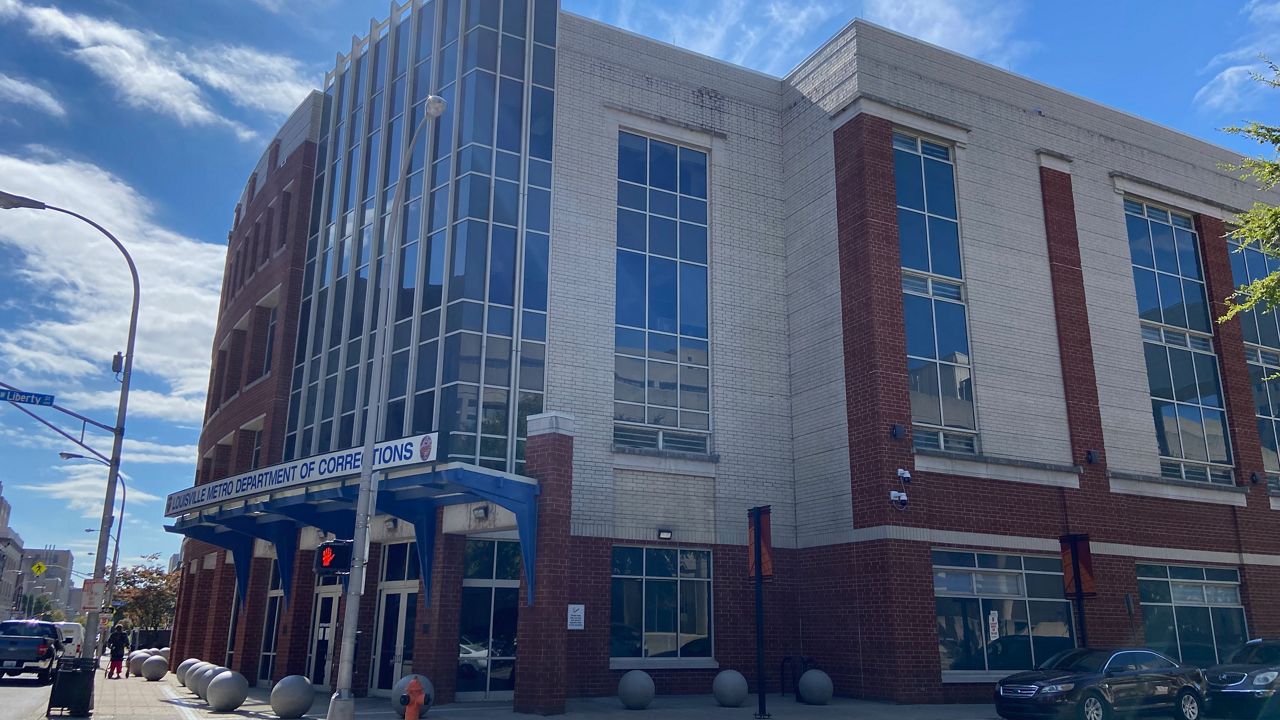 Since last November, 12 people who were in LMDC custody have died. They include overdose deaths and deaths by suicide, according to LMDC. “As we talk about this loss of life, I want to be intentional in recognizing that each life lost is a father, a son, a mother, a friend, a spouse, a person that someone loves and whose loss creates great pain,” he said.

Since April, jail staff have intervened 175 times to prevent potential suicides, according to Collins. He said they have begun to place plastic covers over bars in jail cells that could be used in a suicide attempt.

“I believe jails should be built for the challenges that they face, which is becoming the biggest mental health facility in the county and the biggest detox facility in the county,” said Collins. “That’s not what jails are made for, and this jail definitely wasn’t made for that.” Collins said LMDC recently placed the overdose-reversing drug Narcan in all of the dorms and it has already been used five times.

This week, a group including the ACLU of Kentucky called for the city to terminate its contract with Wellpath, which provides medical and mental health services. “Something has to change,” said Kungu Njuguna, policy strategist with the ACLU of Kentucky. “We can’t continue overcrowding this building, not providing the proper services or we’re going to see more deaths.”

Collins said the jail was “constantly evaluating” its contracts with Wellpath.

“Wellpath is actually performing within the scope of the last contract they signed; however, what we’re looking at now is having our health care professionals, medical and mental health, evaluate deliverables as the landscape of this crisis has changed, the deliverables of our next contract that we’re going to ask for.”

Mariya Leyderman, LMDC’s executive chief psychologist, said she would like to see more specific services based on mental health needs. “I would say one big direction that I would like to go in is increasing preventative services, so rather than it being kind of a reactive approach that we’ve seen something is going wrong or a person is in distress, what kind of services can we just automatically offer, so increasing group services,” she said.

The Louisville jail remains understaffed, about 90 officers short, according to Collins. As of Friday, records show it was housing 1,484 people, about 130 more than it was designed for.

Spectrum News 1 previously reached out to Wellpath for comment but they have not yet responded.

If you or someone you know is in crisis, you can dial 988 to reach the Suicide Prevention Lifeline.