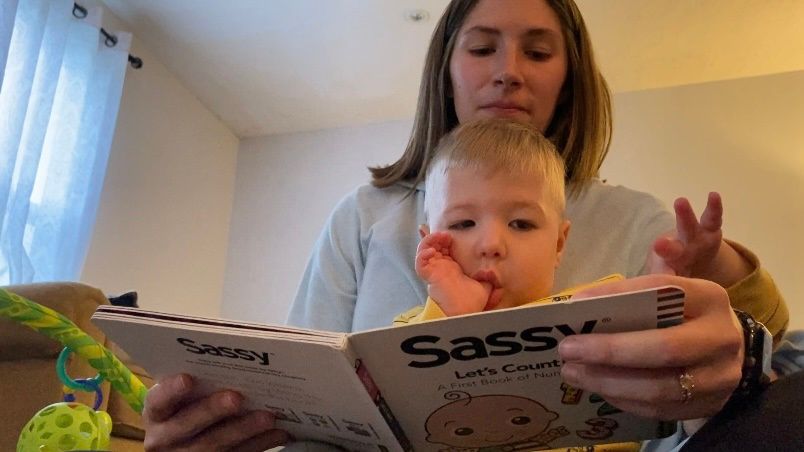 A Kentucky mom and child reading a book together. (Spectrum News 1/File Photo)

LOUISVILLE, Ky. — A statewide rally in Louisville on Tuesday brought together over 100 Kentuckians dedicated to bringing Dolly Parton’s Imagination Library to their county or expanding their existing program. That task will be easier now that state funding is cutting the cost of the book gifting program in half.


Grady Wilson spent all day Tuesday in Louisville learning how to get more books in the hands of children who live in McCreary County.

“Books that they can keep. You know, we encourage children to come to our library. We give them books. They finish those, and we’ll give them some more, but, you know, they can have these. They keep these. They start their own little personal mini library,” said Wilson, who is the director of McCreary County Public Library.

Wilson and the over 100 others at the statewide rally learned about how to start or expand Dolly Parton’s Imagination Library in their counties. The book gifting program mails free, high-quality and age-appropriate books to children from birth to 5-years-old — no matter a family’s income.

“[We’re] encouraging parents to read to them, just encouraging that lifelong love of reading,” Wilson said.

McCreary County mailing out the free Imagination Library books to its youngest residents will happen a lot quicker now thanks to bi-partisan legislation passed this spring.

“I like to think we would’ve been able to find a way to do it at some point, but this just basically speeds up the process by years,” Wilson said.

SB 164 also directs the Collaborative Center for Literacy Development (CCLD) to administer the Imagination Library of Kentucky Program. CCLD is a collaboration among the Kentucky’s eight universities and the National Center for Families for Learning with a mission to promote literacy and provide professional development for all Kentucky educators and research that informs policy and practice.

“I get goosebumps even thinking about it. It just is so amazing to see how this can be really transformative for our state,” CCLD Spokesperson Keith Lyons said.

The total cost for a book and its shipping, which gets mailed out monthly through Imagination Library, costs $2.10. Lyons said the state will now foot half the bill, so local programs are only paying $1.05 per book.

“When people ask what does the Dollywood Foundation contribute, that’s the piece that they have negotiated with the publisher to give them that rate. If you’ve ever gone out to buy books, children’s books, good quality children’s books, it’s hard to find one for less than 10 bucks, sometimes even less than 20,” Lyons explained.

“Because every dollar that we raise is going to basically be matched by the state, and so that has really supported us in being able to more aggressively fundraise,” Guren said. “Our goal is to serve as many kids as possible. We are always trying to bring on new zip codes.”

It’s a goal the state has for all eligible Kentucky kids.

“We are making sure that messaging is like, ‘We’re coming. It may not be there yet, but it’s coming.’ The Dolly train is on the move,” Lyons said.

Lyons said June 30, 2023 is the goal set to get all 120 Kentucky counties mailing out Dolly Parton Imagination Library books, but he added that goal could be reached as soon as December this year, given most counties in Kentucky are already running a program.

To check if Dolly Parton’s Imagination Library is in your area so you can sign-up your child, fill out this form.