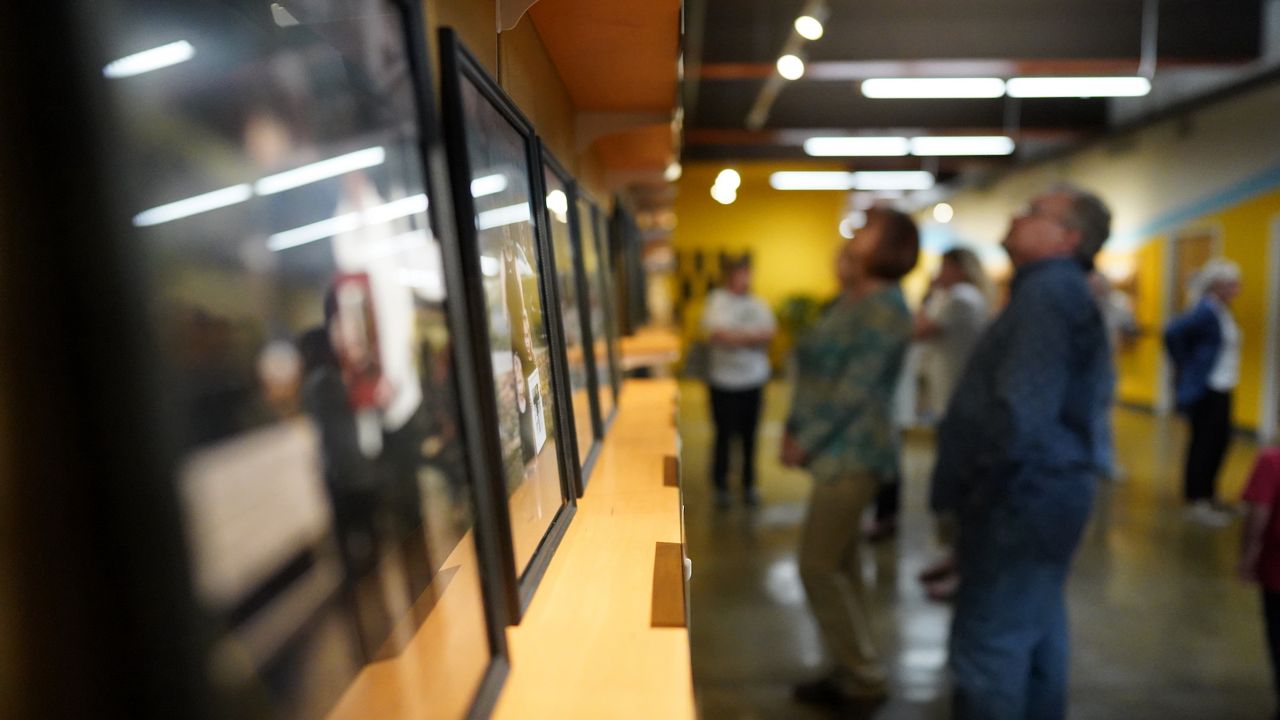 Visitors view a photo exhibit of families who have lost someone to overdose in recent years. A new report released this week shows overdose deaths in Kentucky continue to climb. (Spectrum News 1/Jonathon Gregg)

LOUISVILLE, Ky. — A new report released this week on overdose deaths in Kentucky shows what Dr. Teresa Walker knows all too well: more people are dying from overdoses and in most cases, fentanyl is involved.

The report from the Kentucky Office of Drug Control Policy shows 2,250 people died from a drug overdose last year, a nearly 15% increase from 2020.

"People are struggling emotionally, financially, mentally," said Walker, who is a psychiatrist and the owner of New Leaf Clinic, an intensive outpatient treatment facility in Louisville.

Walker also works to address barriers to recovery through the nonprofit, Seeds of New Leaf. She told us about a new grant-funded campaign that has been displayed on billboards and buses throughout the city.

The signs say "Recovery is a community effort." 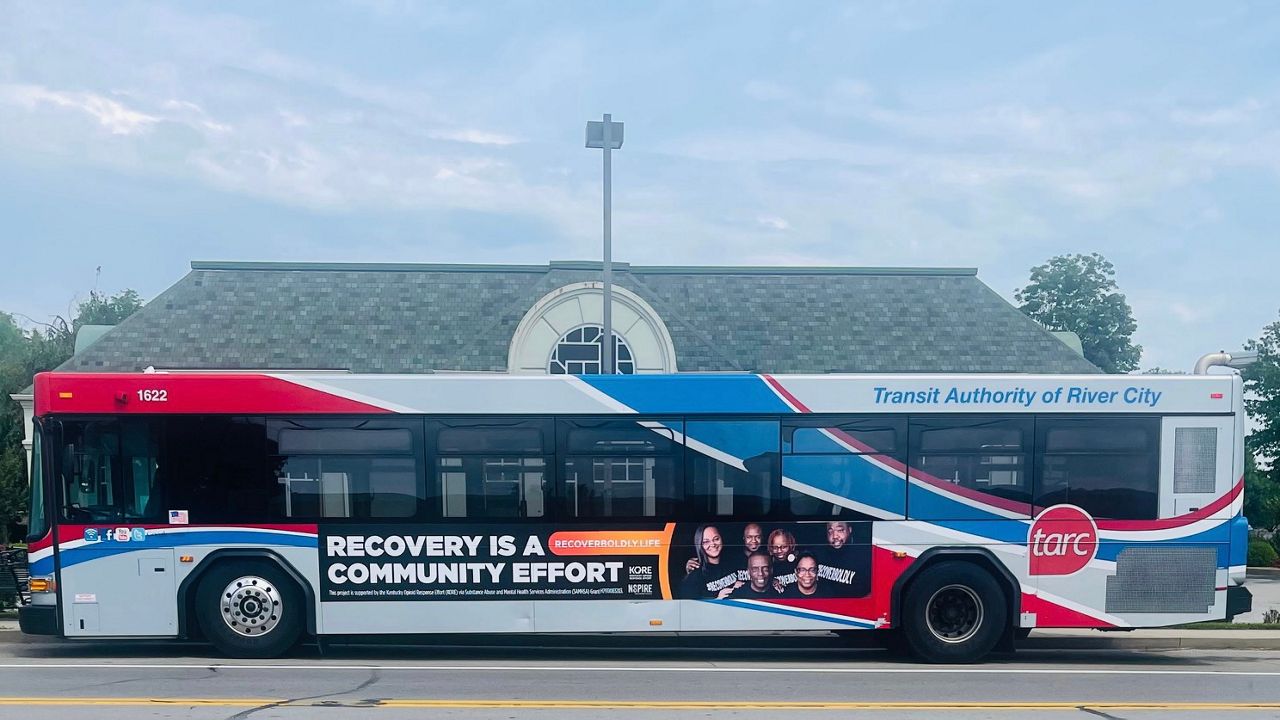 A new sign campaign about addiction recovery is being displayed on city buses and billboards. (Dr. Teresa Walker)

"The Recover Boldly campaign is a campaign that has three goals: to reduce the stigma of addiction and mental illness for the Black community," said Walker. "It’s also to show them that there are people that look like them, people that understand their culture and will be able to treat them in that context and that understanding."

While 2021 did not see as sharp of an increase in overdose deaths as 2020, the proliferation of fentanyl is "staggering," said Ingram.

The drug was involved in 477 deaths in Jefferson County alone last year, according to the report.

"I’ve been doing this a long time and the last two years, fentanyl and fentanyl analogues has been, more than 70% of all overdoses, involve that one drug," said Ingram.

It's important to get the overdose-reversing drug Narcan in as many hands as possible and help people better understand addiction, he said.

To reach a statewide call center with resources on substance use disorder, you can call 8338-KY-HELP.