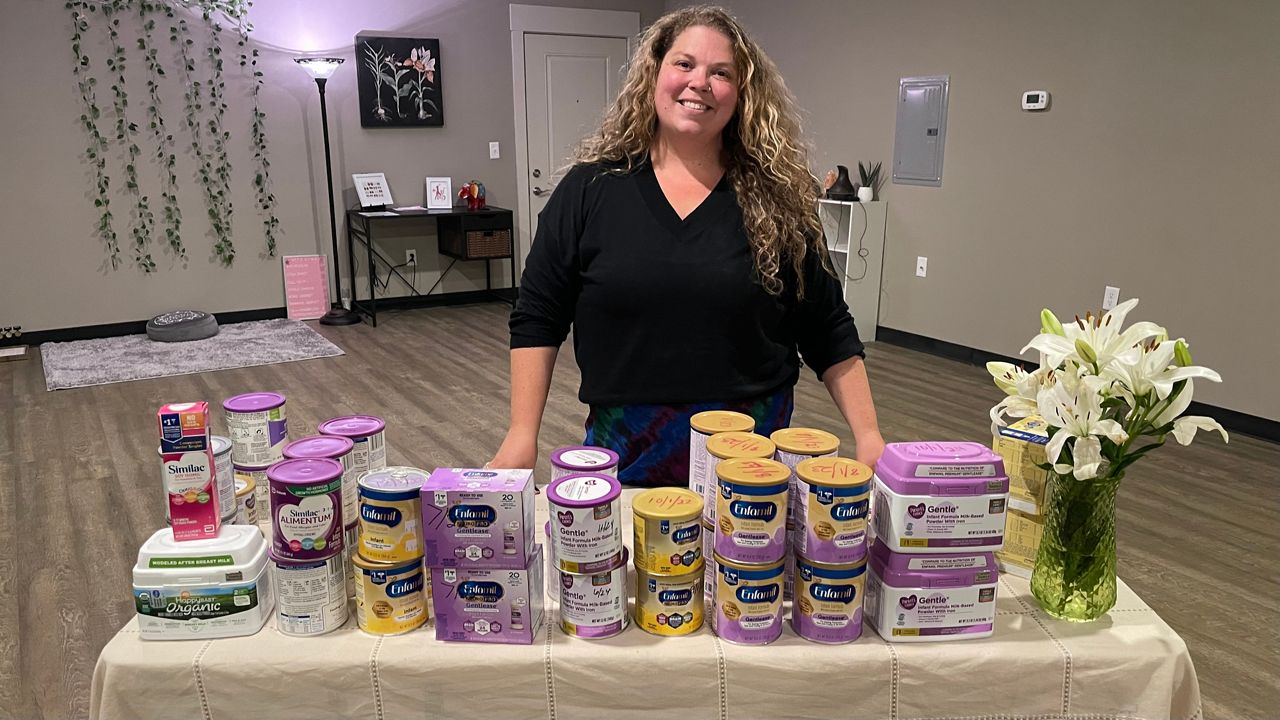 BOWLING GREEN, Ky. — As parents nationwide scramble to find baby formula to feed their children, one Kentucky woman is building an online network to find formula.


Some parents are searching for hours to get their hands on formula they need to feed their babies.

Now, Amanda Poteet-Woolen, a birth professional, is connecting parents and families to what they need.

“I know hungry babies. I want to help people,” Woolen said. “I know that sound of a hungry baby and I can’t just sit around and know that formula is out there and not try to source it for people.”

According to Datasembly, around 40% of the top-selling baby formula products were out of stock at the end of April.

Although Abbott announced plans to restart production at its plant in the United States, Woolen fears the shortage is still weeks from being resolved.

“The very first thought in your mind is, ‘I have to care for my baby’ and the basics needs of care for a baby are going to be feeding them,” explains Woolen.

To address the shortage, the mother of three took matters into her own hands. Her “Every Scoop Counts” program has been receiving overwhelming support.

A recent donation of baby formula to restock the depleted supply was a welcomed surprise.

“This feels like Christmas. It feels like waking up Christmas morning and seeing the gift you’ve begged for all year,” Woolen said.

As a parent and lactation professional, she said she can’t stand by and watch a child go without nutrition.

That’s why she’s doing her best to connect moms who have extra formula.

“This formula is just sitting in the cabinets. In four or five months we’re not going to have any formula crisis. So, right now that formula needs to be out of those cabinets and into babies,” said Woolen.

For some moms, breastfeeding just isn’t an option.

“I actually saw a post on Facebook that they had some at the Walton Avenue Walmart, and I went at 7 a.m. and there was none. Like I haven’t been able to get any formula at all,” Linares said.

As she and others keep hunting for baby formula they’re depending on, she’s thankful for moms like Woolen.

“I came running cause this was my opportunity like for my baby,” explains the 27-year-old.

Woolen says this effort shows how the connection of motherhood is bringing moms together for the greater good.

“It’s requiring a lot of attention, but I think of it as a labor of love. Like this is something that I’m called to do,” she said. “This is kind of part of my profession, serving the community.”

In the meantime, moms are hoping to feel relief sooner than later.

The “Every Scoop Counts” formula collection initiative has launched several bins across the state, including locations in Richmond, Berea, Glasgow and Lexington.

Baby formula collection bins can be found in the following places: