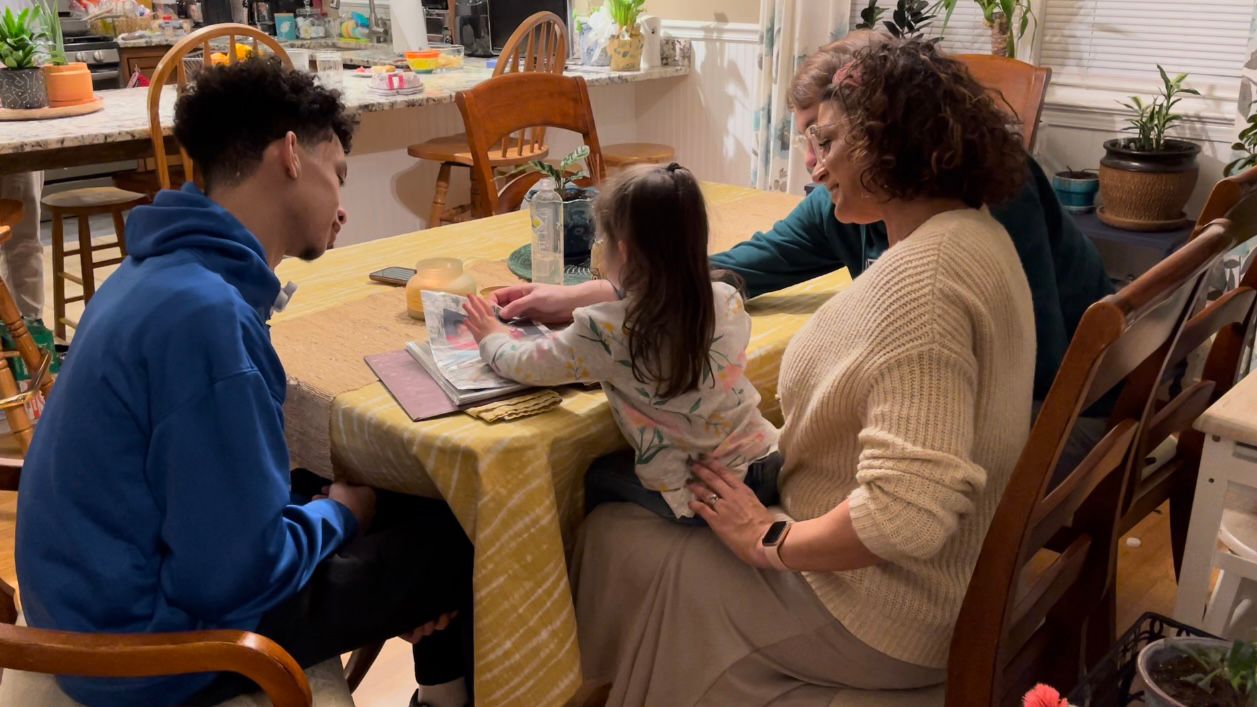 Jackie McGranahan looks at old photos with her family at the table. (Spectrum News 1/Brennon Gurley)

FRANKFORT, Ky. — With the 2022 legislative session underway, speculation has risen about whether Kentucky lawmakers could place further restrictions on abortion.

One Louisville woman is sharing her story, hoping to change the face of abortion and spread understanding after terminating her own pregnancy in the past.


Sometimes life doesn’t always go as planned. Jackie McGranahan was about 13 weeks pregnant when she found out she was expecting her third child.

She said she didn’t feel the common emotions many share when learning they’re pregnant.

“When I found out that I was pregnant, it wasn’t the happy, joyous occasion that it is for a lot of people,” she explained. “It was instant fear and anxiety and, ‘What am I going to do?’”

It was 22 years ago, and McGranahan knew she and her partner at that time didn’t have the resources to raise another child.

“I knew financially we couldn’t handle the burden, we couldn’t do it. And I struggled at that time feeding the children that we already had,” said McGranahan.

Though a woman’s choice is personal, the hot button issue of abortion is far from it.

Newly filed legislation in Kentucky’s 2022 legislative session seeks to further place limits on abortions. The lingering possibility of overturning the Roe v. Wade ruling has the mother of three concerned about the impact.

“What I’m afraid of is that Kentuckians could completely lose the access to abortion. And not just Kentucky – several other states are locked, loaded, and ready with trigger bans,” McGranahan said.

She and other pro-choice advocates across the state will have to fight even harder this year to protect a woman’s right to choose whether to end their pregnancy.

Opponents of Kentucky’s proposed bill say it’s a harsh law that further prevents women from making choices about their reproductive health and the procedures they want.

“Pregnancies are personal, and it’s an issue and something that concerns your family, yourself, and your doctor, not the state of Kentucky and the general assembly,” McGranahan said.

The 43-year-old Kentucky native is now at the forefront of major battles over abortion access.

“If abortion is not for you or your family, you should definitely not have an abortion,” she said. “But that does not give you the authority to tell someone else that they can’t have an abortion.”

Today, she works with the American Civil Liberties Union (ACLU) of Kentucky as a policy strategist.

“We shouldn’t be forcing a person to stay pregnant against their will when maternal mortality rates are so high. There are not the resources available that should be available,” she said.

While fully embracing her role as an advocate, McGranahan is on a mission to bring it out of the shadows, hoping to change the conversation on the nuanced topic of abortion.

“I’m turning the page for myself, and slowly helping to turn the page for other people who can stand in their own truth and know that I have nothing to be ashamed of,” McGranahan said.

According to the Kentucky Annual Abortion Report for 2020, there were 4,104 abortions performed across the state.