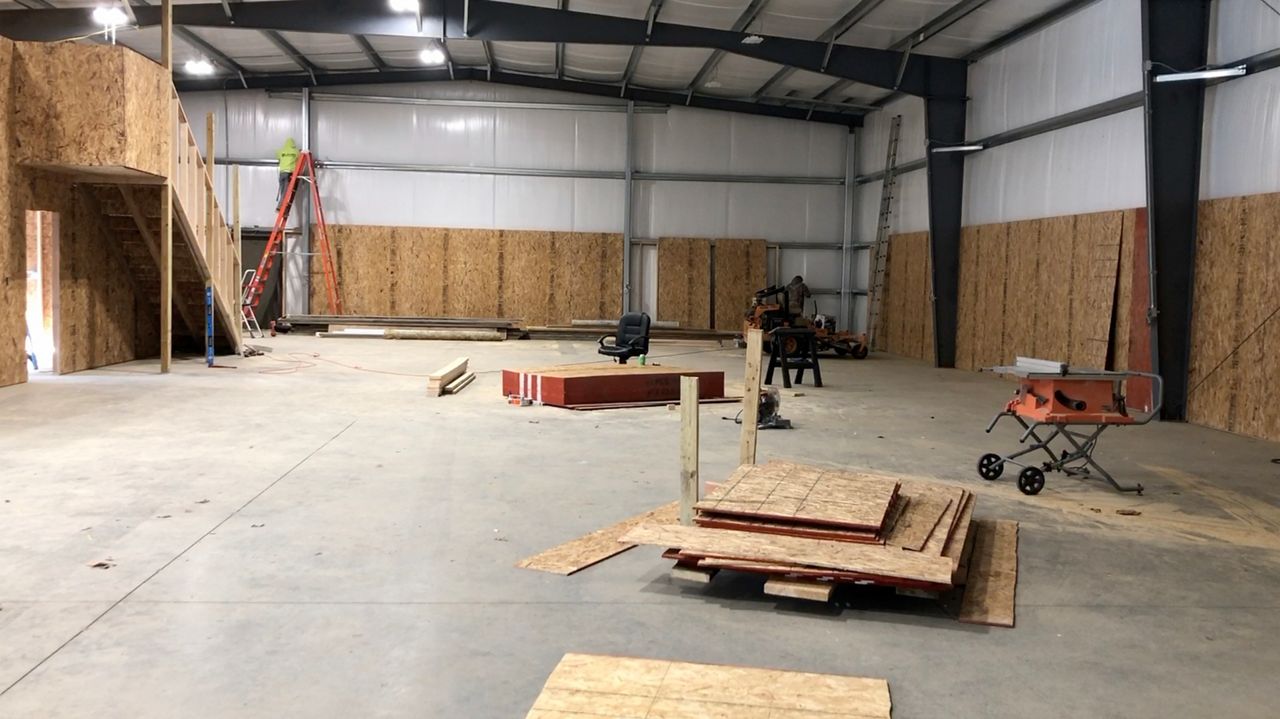 JEFFERSONTOWN, Ky. — As online sales continue to shatter pre-pandemic records, other industries benefit. One of those markets is industrial real estate.

Paul Quinn bought land in Jeffersontown in the early ’90s for his landscaping business, but he switched gears as part of his retirement plan by developing the property as an industrial real estate park, called Copper Chase Business Park.

The semi-retired 64-year-old stays busy by developing his industrial park. With two warehouses already built and sold, he plans to construct at least five more facilities.

Besides being the landowner and developer, Quinn is also the general contractor.

“That’s probably a little unique,” Quinn explained, regarding the fact he owns the land and constructs the warehouses.

The warehouse he’s building currently is 6,000 square feet. After it’s finished, Quinn is confident the $750,000 warehouse will sell in a few months.

Grisanti said the increased demand for industrial real estate was already a trend before the pandemic, which was sped up by the pandemic.

“We just compressed maybe five years into the last two, in terms of accelerating a push to more warehouses and e-commerce,” Grisanti explained. “And of course everyone was at home and ordering stuff, and that’s just not gonna go back the way it was before. So there’s just going to be a continued demand for warehouse space, e-commerce logistics space.”

Only 2.2% of Louisville’s total industrial real estate built is vacant, which means rent is at a record high, according to the Q4 data from 2021 by global commercial real estate company JLL.

CBRE, the world’s largest commercial real estate firm, showed in its Q3 2021 report that U.S. industrial buildings have been one of the most resilient real estate sectors amid the pandemic thanks to e-commerce sales. That report shows the U.S. industrial vacancy rate is also at a record low of 3.6%, and rent is up 10.4% year-over-year.

“I mean real estate is part of the economy so as inflation goes up, yea, it’s a contributing factor towards inflation,” Grisanti explained.

“You know the big dogs, the big national companies are coming in and taking the square footage,” Yockey said. “So contractors and smaller companies that are more user occupied will look at the outskirts of Jefferson County, a little bit outside of the major cities, because that’s where the more affordable and smaller warehouses are starting to spread to.”

Since industrial real estate inventory is tight, Yockey said companies moving to the outskirts of cities creates a ripple effect, which can uplift communities.

“And the jobs it will create is exciting,” Yockey said. “You have a distribution center, then restaurants, you have an apartment complex, and then on and on till it becomes a hub that people live in, and they don’t really leave because it’s their city that they call home.”

Quinn started developing industrial real estate because it was his retirement plan, but now it’s more than that.

“It’s real interesting. This was just a big piece of property when I bought it. So watching it grow and build up over the years, it’s just been fun,” Quinn told Spectrum News 1.

Besides e-commerce sales, Grisanti and Yockey said the pandemic has also affected warehouse supply because warehouses are being used for COVID-19 vaccine cold storage.

Grisanti added that since manufacturers are steering away from “just-in-time” inventory management, or having raw materials arrive when manufacturing begins, also contributes to the lower supply of industrial real estate.

“Well, the supply chains were so lean that when the pandemic hit, we started seeing lots of shortages. So we’re starting to see some companies say, ‘We need to be more robust in our inventory.’ So that creates a need to have more warehouses. So it’s a trend everywhere,” Grisanti explained.

Even though the industrial real estate market is tight right now, it won’t stay that way.

So when there is a low supply or vacancies, developers take notice and build, which creates more supply and drives down prices.

Then, when the new real estate is bought or leased, supply goes down and prices go back up.

So developers build time after time.