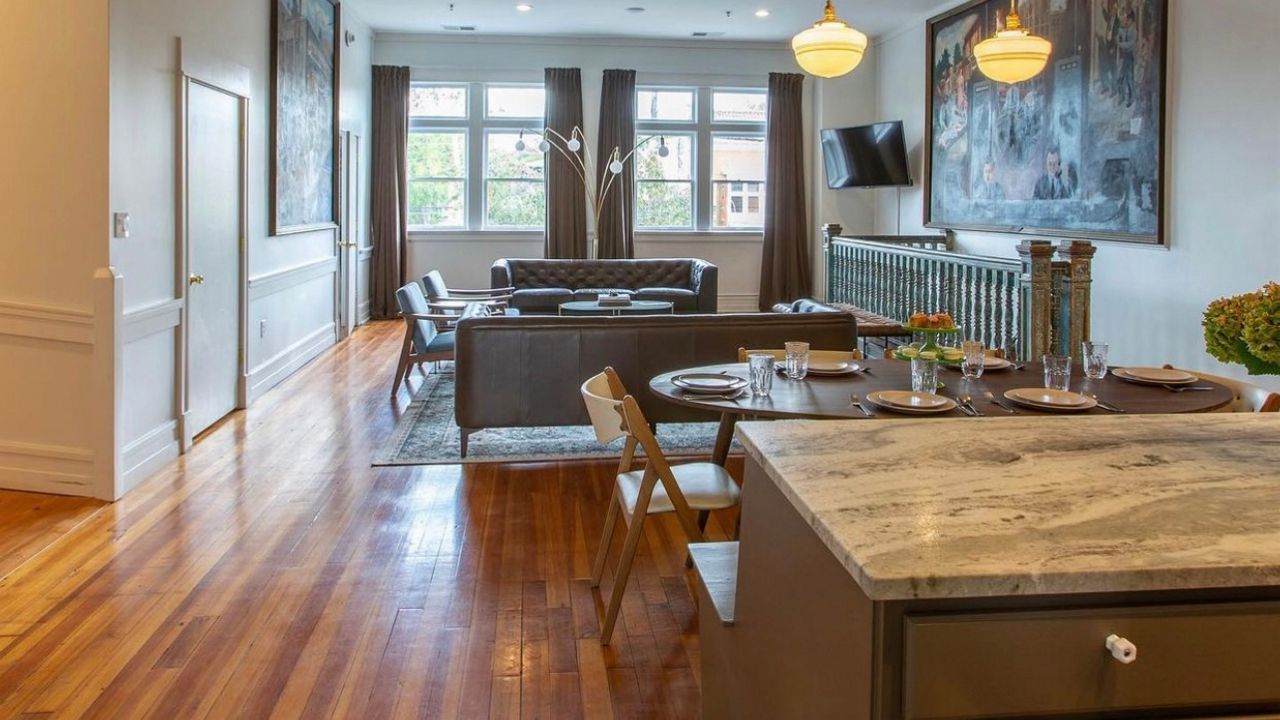 Historic buildings in the Highlands converted into hotel, restaurant

LOUISVILLE, Ky.-- After staying vacant for several decades, two abandoned properties slowly decaying in the historic heart of the Highlands are getting a new lease on life.

There are times where to find something new and exciting, we need to actually look into our past.

Several months into the restoration process, two century old abandoned properties are getting a brand-new look thanks to Ben Botkins, co-owner of The Bellwether Hotel.

"They’ve been here a century we’re just the caretakers and the stuarts now and we respect their history.

Botkins, his wife, and his friends bought the former police station building and Old Bellsouth switching station in 2019.

Now, these visionaries have transformed the two adjacent buildings into one-20 unit apartment style hotel and restaurant.

So, why buy old buildings and spend so much time restoring them? For Botkins, it comes down to nostalgia.

"People have been here twice as long as I’ve been alive and have stories about these buildings going back to the 1950s so they mean a lot, they connect the neighborhoods," said Botkins.

The revival of the historic buildings have skipped their original timeline due to the pandemic, but he says they’ve been committed to restoring the site.

"Material shortages, labor shortages, it’s been a lot of curve balls. It took longer than we anticipated, but we didn’t want to rush it, we want to get it right," adds Botkins.

Since then, eager residents and people throughout the community have watched the transformation unfold from the street including Mary Zickel.

"It’s just a lovely building obviously I’ve never been inside it and has a lot of architectural detail and just really curious to see what it looked like inside and they’ve done a lovely job," explains ZIckel

Now, The Bellwether Hotel’s owners are hopeful that others see the potential in extending the lives of other old buildings in the future.

"We hope that this kicks off a modern resurgence of Bardstown Road and the Highlands," said Botkins.

And if the trend continues, the father of two believes the winners are not just the investor, but the city and the community as a whole.

"This is what it could be, this is what it can be, and if we work together we bring a modern streets to Bardstown Road to slow cars down and make it less chaotic," suggests Botkins.

Visitors can start booking reservations on Oct. 15th. Owners say the restaurant will be opening in the beginning of 2022.