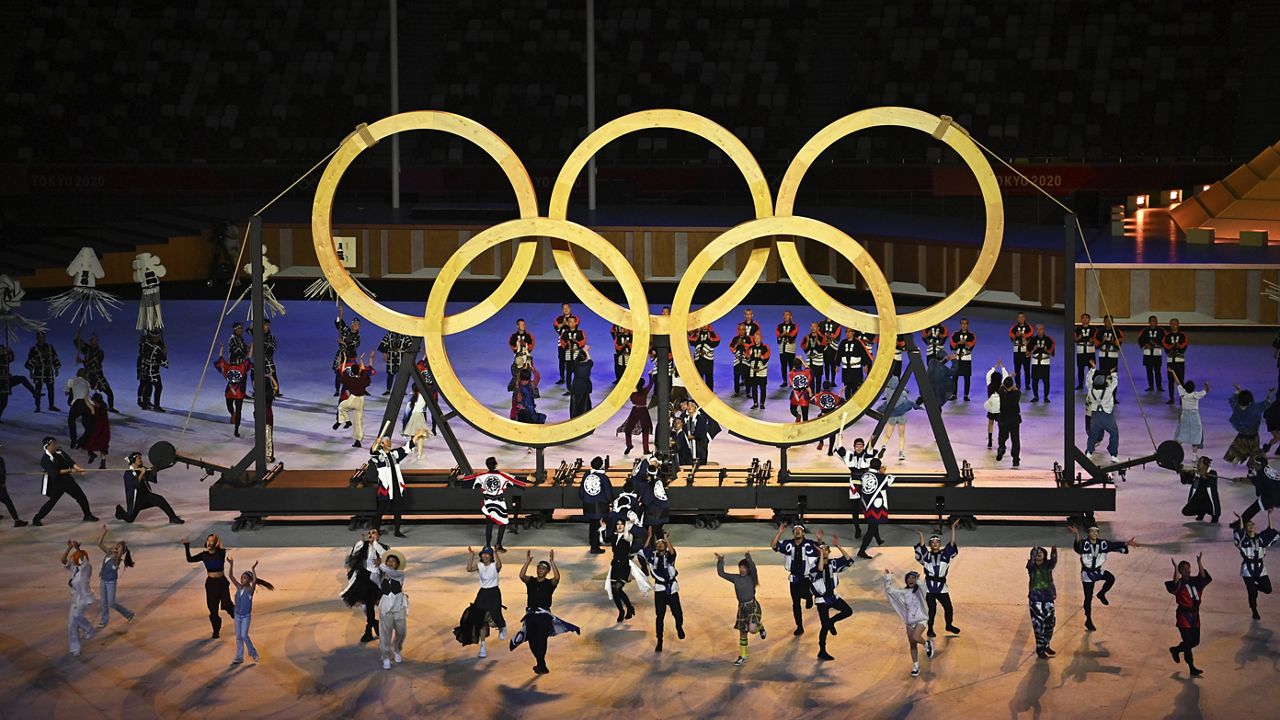 Dancers perform in front of the Olympic rings during the opening ceremony in the Olympic Stadium at the 2020 Summer Olympics, Friday, July 23, 2021, in Tokyo, Japan. (Dylan Martinez/Pool Photo via AP)

LOUISVILLE, Ky. — Some athletes said it’s been a long time coming. The International Olympic Committee (IOC) voted this week on what cheerleaders already knew: cheerleading is a sport.


Ryan Claunch, a University of Louisville cheerleader, said it's a sign that "a lot of things are about to change."

Cheerleading is an intense sport that has garnered national attention. It's not only competitive, but also physically demanding.

"Us athletes, we dedicate our whole lives to become great at this. Day in and day out we’re in the gym were working some type of way to get better," Claunch said.

People often question cheerleading, saying it's not a sport. But those who participate like Claunch can tell and show you otherwise.

"We are high caliber athletes and I’m really excited that this style of cheerleading is finally getting recognized for the athleticism that we put into it," Claunch said.

Earlier this week, the IOC committee voted to recognize cheerleading as an official Olympic sport. As a Team USA cheerleader, Claunch has spent much of the past eight years working towards going to the next level.

"Now that it's potentially going to be in the Olympics like coming up, I could be an olympian. You know, my whole life I’ve dreamed of being an olympian," Claunch said.

While cheerleading will not be an olympic event in the Tokyo Games, it could be a long road. Either way, local cheerleaders like Tsugumi Takeuchi are excited with this progress.

"Finally people are actually recognizing how hard this sport is and how it should be recognized. So, it has been very exciting," Takeuchi said.

The 16-year-old has been selected to compete this year on the U.S. National Junior All Girl Team, and she said the committee’s decision just confirms the hard work they do.

Cheerleading has received long overdue recognition from the olympics.

Misty Hodges, head coach of Louisville's all girl cheerleaders and co-owner of GymTyme said it's an intricate sport.

"You see the different types of cheerleading and you see what it actually brings with stunts, pyramids, basket tosses, things like that are very intricate takes many many times," she said.

The former Team USA coach is thrilled about the recent acknowledgement on a global scale. Hodges hopes this puts their sport in higher discussions for future generations.

"Just like any olympic year when children see all the amazing opportunities out there; they’re going to want to try that," Hodges explained.

As these athletes continue flip to the top, they are another stunt closer to being placed on the Olympic podium one day.

"Our hopes is to be there. You know we want to be apart it in some way building champions from the ground up," said Hodges.