Mark Kleiner (right) is working to raise awareness about a pediatric disorder he says caused a sudden change in his son Camden (left) two years ago. (Brittany Kleiner)

'This is real:' Kentucky parents seek awareness of pediatric disorder

FRANKFORT, Ky. — Some Kentucky parents are working to raise awareness about a pediatric disorder they say changed their children's behavior overnight.

"The symptoms come on overnight and your kid changes," he said, his voice filled with emotion. "This is real."

"My son battled this disease for over 10 years here in Kentucky," said Kelly Joplin, a representative of the Southeastern PANS/PANDAS Association. "The diagnosis and treatment was not to be found."

Her son later received treatment for the disorder out of state, she said. 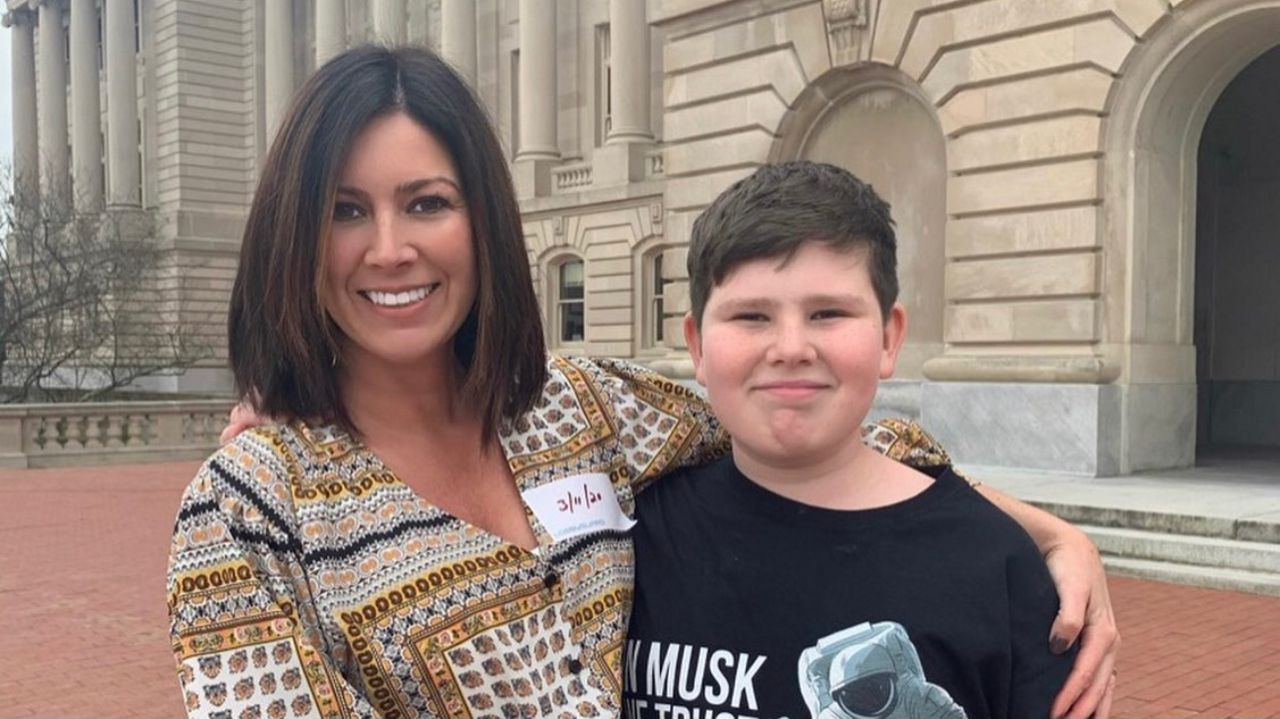 “She was overcome with debilitating fears and the sensation that her throat was closing and that she would die,” she said.

Libertore's daughter improved after receiving antibiotics, but she did not get the proper treatment and diagnosis right away, she said.

"He had delusions and we thought it was because of the high fever and that could be a symptom, and paranoia, and thinking that there are people are watching and just, it wasn’t our kid, you know?"

Camden became anxious and his handwriting changed, according to his mother, Brittany.

They were shocked when Camden was first diagnosed with autism, she said.

Months later, he was hospitalized to receive psychiatric care, his mother said.

It wasn’t until friends watched a TV special on the disorder that they learned about PANDAS.

“We knew that he made eye contact, he was a great student, and we saw the subtle changes that, if somebody had just asked us, 'what is your family’s relationship with Strep?' lightbulbs would have went off because we had had it," said Brittany. "We had been passing it around the family."

Her son began to improve after going on antibiotics and eventually had immune system treatments, she said.

Camden told Spectrum News 1 that he feels much better now.

"I am very proud to say that my family is helping other people with the diagnosis of PANS and PANDAS, and it’s certainly going to be a help if we can get as many people as we can to have heard about this,” said Camden.

In the last legislative session, Rep. Melinda Gibbons Prunty, R-Belton, filed a bill that would establish an advisory council to raise awareness and look at health services for PANDAS patients, but it did not move forward.