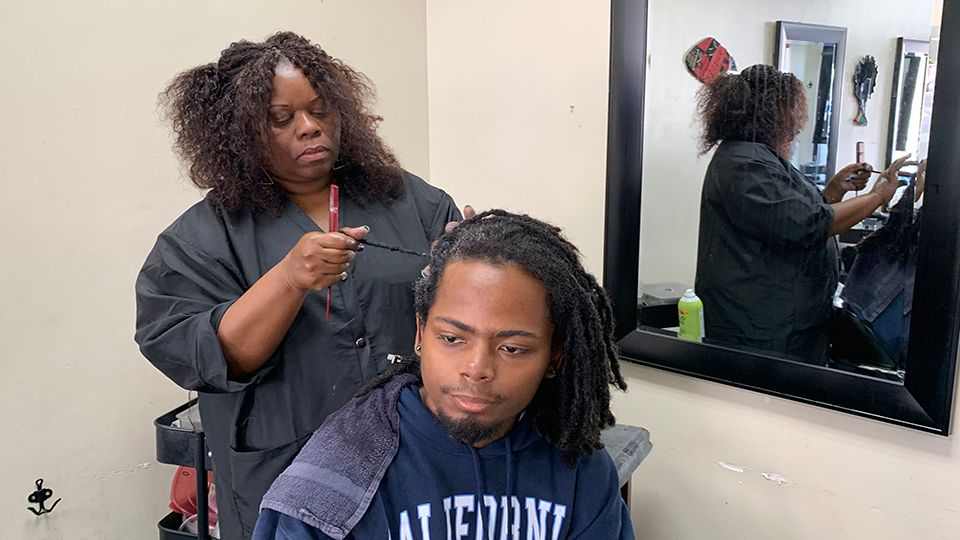 Just ask folks at “Natural Alternatives” in Louisville. The question of what is “too much” comes down to a simple truth for master stylist Diondra Sutherland.

“I honestly feel like it's the person that says that's too much that's is battling within the problem within themselves that they don't want to confront themselves on their issues and their problems so they are kind of intimated by somebody that is embracing their beauty," Sutherland said.

Natural hair has been accepted in mainstream culture for a while. However, State Representative Attica Scott still remembers the stares and whispers she experienced back in 2011.

“I was appointed to a seat on Louisville Metro Council and during the interview process some council members were having conversations amongst themselves about whether or not I would keep my hair naturally, it was in locks the way that it is now and fortunately there were some woman council members who spoke up and said why are you even asking that question? That is highly inappropriate and has nothing to do with her ability to be a local legislator," Representative Scott said.

This isn't the first time she’s been in the spotlight involving the natural hair debate. Now, she’s determined to change policy, not just opinions. Scott pre-filed a bill that calls out discriminatory hair practices and plans to introduce the legislation at the 2020 general assembly.

“I definitely wanted to create a situation where if someone does believe they have been discriminated against that they have some recourse that they can file a complaint that they have been discriminated against based on their hair. So right now that is not a law in Kentucky so I wanted to open up that opportunity to people in response to requests that were brought to me by constituents but also paying attention to what's happening both locally and across the country," Represenative Scott said.

“In the 60s and the 1970s African Americans really started expressing themselves by going natural by wearing afros, cornrows, braids, you know I remember Thelma on "Good Times and she had the beads and braids and a lot of this was a way for us to talk about and to amplify the struggles of African American history, culture, and freedom and justice, and we do that expression through our hair through our clothing," Dr. Story said.

Back at “Natural Alternatives” it's business as usual, and the pre-filed bill has caught their attention.

“I see where bills are being passed in other states so when i see them it makes me excited, I get excited, it makes me happy so I'm like her wanting to pass this bill here,  I love it," Sutherland said.

So far, New York and California are the only two states have banned discrimination based on natural hairstyles.