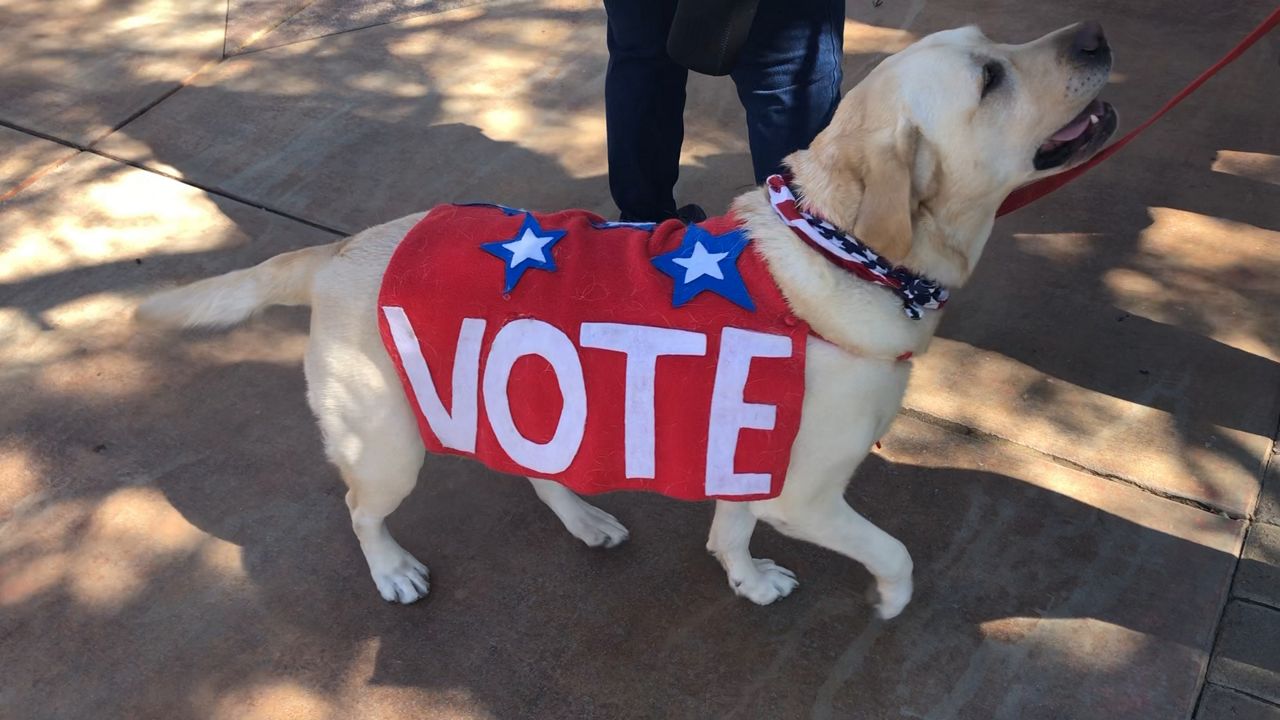 SIMI VALLEY, Calif. – Republicans had a grip on this 25th Congressional District seat from 1993 to 2018.

But the “Blue Wave” in 2018 that got Katie Hill elected was a sign of a big change in this area. According to the California Secretary of State’s Office Report of Registration as of January 3, 2020 registration by U.S. Congressional District, the twenty-fifth District is now about 38 percent Democratic and 32 percent Republican. Democrats are actively working to get every single Democrat in the district to vote.

Whether it's a weekend or a week day, you will find groups of Democrats in the Simi Valley area gathering for boots on the ground activism. People like Leanna Brand worked tirelessly to help get Katie Hill elected. After Hill resigned, Brand, many other Democrats, and district 25 have been pushing even harder to make sure her replacement is another Democrat.

“We created a lot of momentum. We see a lot of people showing up at our democratic meetings and feeling like we actually matter now and we are very, very much committed to keeping it that way,” said Brand.

Brand is at a friend’s home in Simi Valley along with about 25 other Democratic volunteers preparing to canvas various neighborhoods.

“I think we got postcards out to all 17,000 registered Democrats,” Brand tells the group. They cheer.

She has been spending upwards of 15 hours a week for the past few months canvassing sending “get out the vote” postcards and organizing rallies. Brand talks to the group about upcoming events and activism before March 3.

“We're going to be doing street corner sign waving next week. That's really the way we get seen,” said Brand.

On this day, Brand and a few different other people are canvassing their neighbor's door to door.

“Each person will be given a number of houses, I think I was given 40 houses, but I'll be doing the green ones today. See, there's lots of green ones,” said Brand. 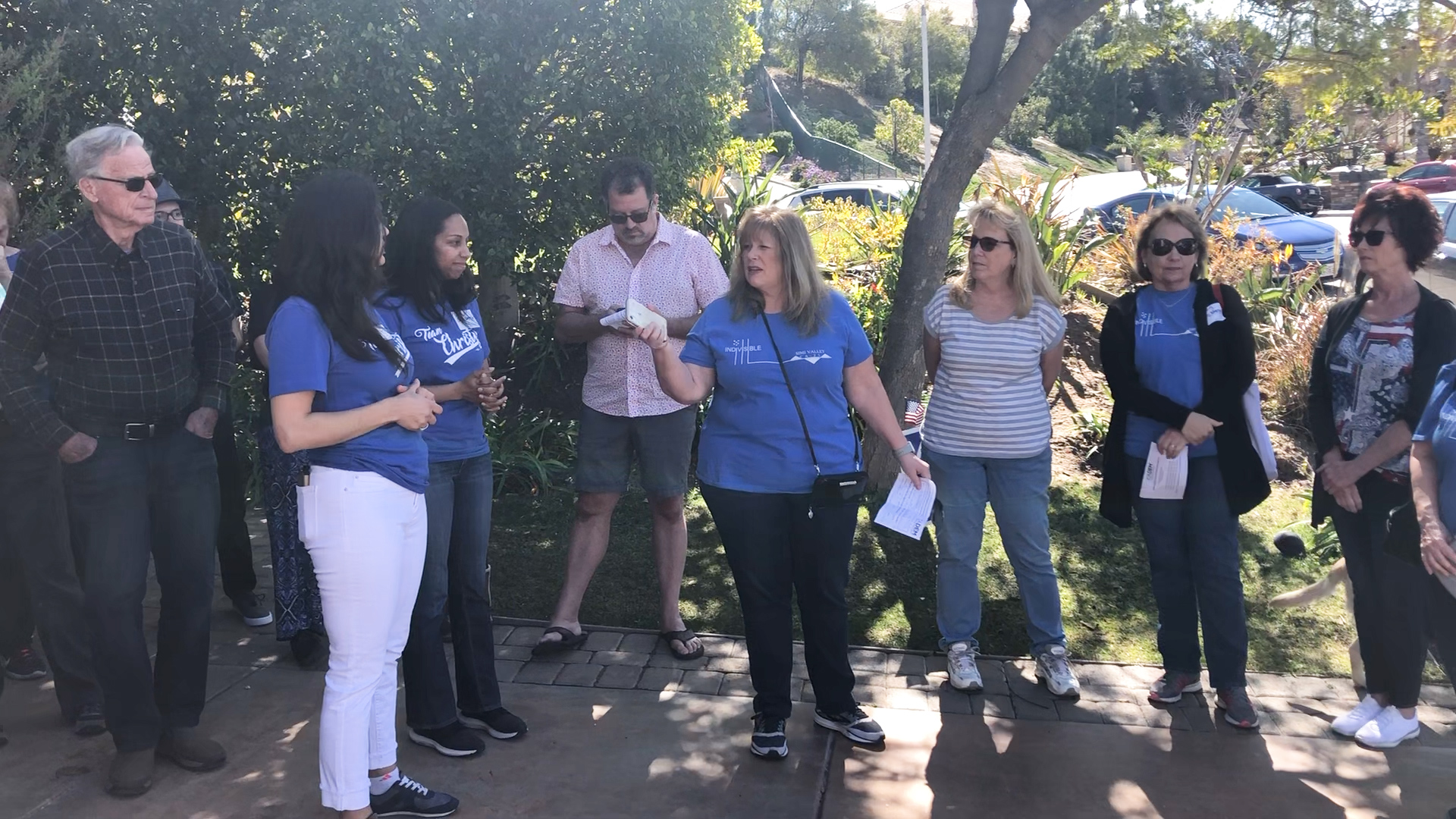 She is pointing to an app on her iPhone that shows details of every home that has a registered democrat living in it. It is a hit or miss process as they knock on doors, ring bells, and occasionally come upon a home where they are discouraged from doing either.

Brand reads a sign on one of the doors she walks up to. “No soliciting unless you are dropping off a bottle of wine or want to do my laundry. I am not doing her laundry,” said Brand. She laughs and leaves a flyer under the door mat as she walks away.

It is worth all the walking and answered door knocks when they come upon someone who will be supporting a Democrat. Brand rings a bell and a woman comes to the door.

They chat for a few seconds and Brand says, “So we can put you down as strong supporter and you understand that you have to vote twice on the same ballot - once for the primary and once for the short term special election.”

The woman holds up two fingers and says, “I’ll make sure to vote twice!”

Two years ago, California Governor Jerry Brown signed into law AB 1921. Previously, only a family member or someone living in the same household was permitted to drop off vote by mail ballots for a voter. But the new law allows anyone – including political volunteers – to collect and return them for a voter.

Brand says Democrats in the twenty fifth District will be out in force on March 3, going door to door checking on people who were registered to vote by mail. If any of those people have not sent in or dropped off their ballots, Brand and other Democrat political volunteers will deliver those ballots directly to the voting centers themselves.