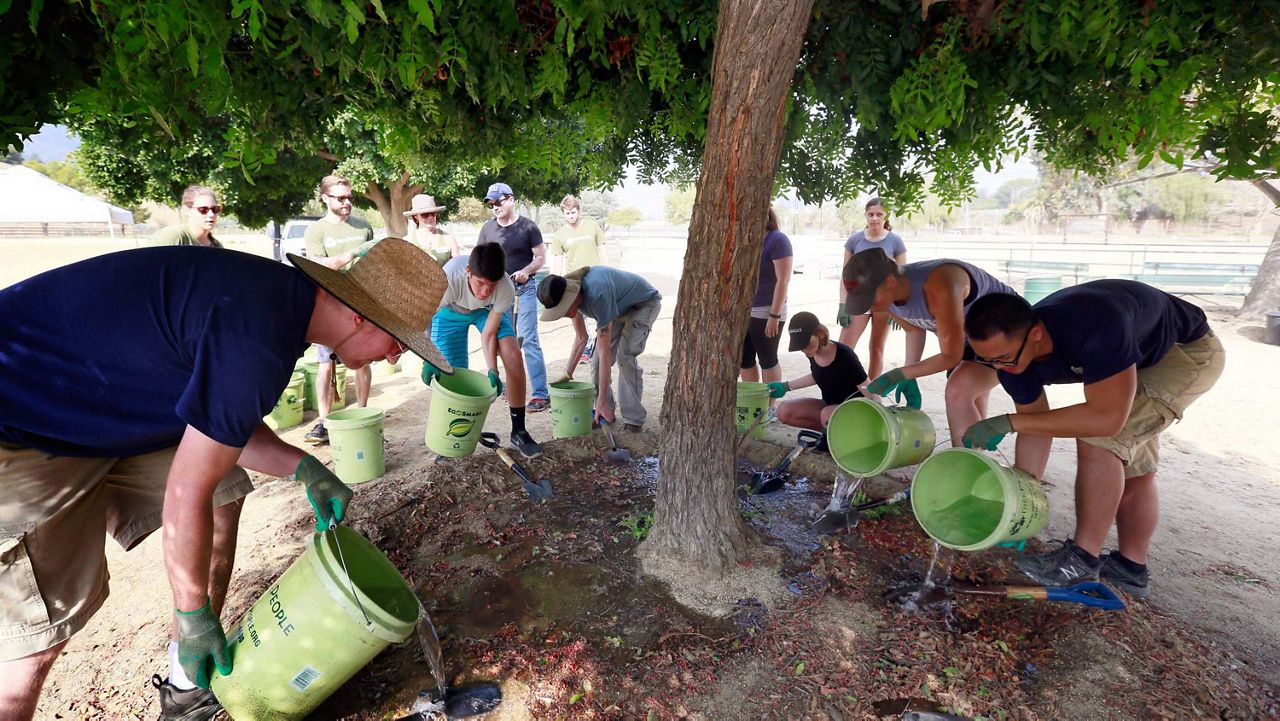 The importance of watering trees during the California drought seasons

LOS ANGELES — Trees are a very essential part of California’s infrastructure, with some of them taking 20 to 30 years to mature. Despite the drought, watering these important resources remains vital.

“We don't want to put them at risk for various diseases because they're not getting enough water. The tree tends to get used to the amount of water that's there in the area. So as we dial back watering our lawns, we have to be aware that we might be stressing the tree that's gotten used to the watering that we previously were doing," Chief Sustainability Officer of StreetsLA Greg Spotts told “Inside the Issues” host Alex Cohen.

“We measure the vitality of trees from how deep green the leaves are,” Spotts said. “If you see the tree starting to become more pale green, you know that it's not having enough water.”

Trees in a drought should still be hand watered about twice a month at a minimum. During the hottest parts of the summer, and especially in hotter and dryer areas of California, trees need watering twice a week.

“We want to try to get watered down to the deeper roots. So we're trying to have maybe a slower, deeper watering than a very high pressure splashy watering,” Spotts continued. “We don't want to waste the water and have it go all over the curb and gutter.”

A mandatory two-day outdoor watering restriction took effect across Los Angeles on June 1, with watering permitted at odd-numbered street addresses on Mondays and Fridays, and at even-numbered addresses on Thursdays and Sundays, as per new measures announced by Mayor Eric Garcetti on May 10.

These water restrictions do not apply to tree watering. The region needs trees to stave off drought impacts. Benefits of trees include their ability to capture storm water, improve water quality, reduce flood risk, help air quality, and the impacts of heat waves, according to officials.