LOS ANGELES – When the Black Lives Matter movement began to sweep the country last year, tech entrepreneur Adam Miller called up his fellow executive director at LA-Tech.org and wanted to do something bold in their industry.

The tech industry has had a long history of shutting out minorities, especially those in the Latinx and the Black and African American communities.

Miller wanted to do something about it finally.

Sean Arian is the executive director at LA-Tech, a nonprofit coalition of leaders in LA's tech community.

So, Miller, the founder and co-chair at LA-Tech.org, called up their partners and CEOs of tech companies from across Los Angeles County to participate in an initiative to uplift women and minorities in underserved communities across the LA region.

Called the 1,000 Intern Project, the new program plans to provide 1,000 paid internships for minority students and young adults, ages 16 to 24, who live in underserved areas of Los Angeles and place them to work at tech companies across Los Angeles County.

Along with city officials and tech leaders, the nonprofit group discussed the new program during a press conference in Los Angeles Wednesday.

"The goal is to create a talent pipeline for the tech industry," said Miller, speaking to Spectrum News 1, following the press conference.

But can this tech coalition promote and provide minorities with opportunities that Silicon Valley companies and the tech industry, in general, have struggled to create for more than a decade?

Miller says they can.

"There's been a lot of talk in this area [diversity and inclusion in tech] but not a lot of action," said Miller. "If we're going to do it, we're going to really do it."

For years, tech companies have grappled with the lack of diversity in their industry.

A Wired report found that in 2019, Blacks, Hispanics and Indigenous people made up 5% of employees at Silicon Valley tech firms despite years-long efforts from the big tech companies that they would do better and hire more people of color.

Along with too few minorities in tech, the ones that are employed face discrimination and other obstacles.

Last year, a USA Today study analysis found that Facebook has a little more than 1,000 Black employees despite having a workforce of more than 27,000 employees in 2020. Only 32 Blacks were executives, about 3% of all executives working at the company.

A Facebook spokeswoman told USA Today, "things have improved, but they are nowhere near stellar."

Miller blamed the lack of diversity on tech companies wanting to grow quickly.

"As companies try to grow as fast as possible, they are hiring as quickly as possible, and often, they would take the easy route," Miller said. "They would hire the most obvious people. They hired people who went to the top schools, who have the mathematical degrees, the computer science degrees, who had prior internships at tech companies. So, you end up with the chicken or egg problem. And we're here to break up that cycle." 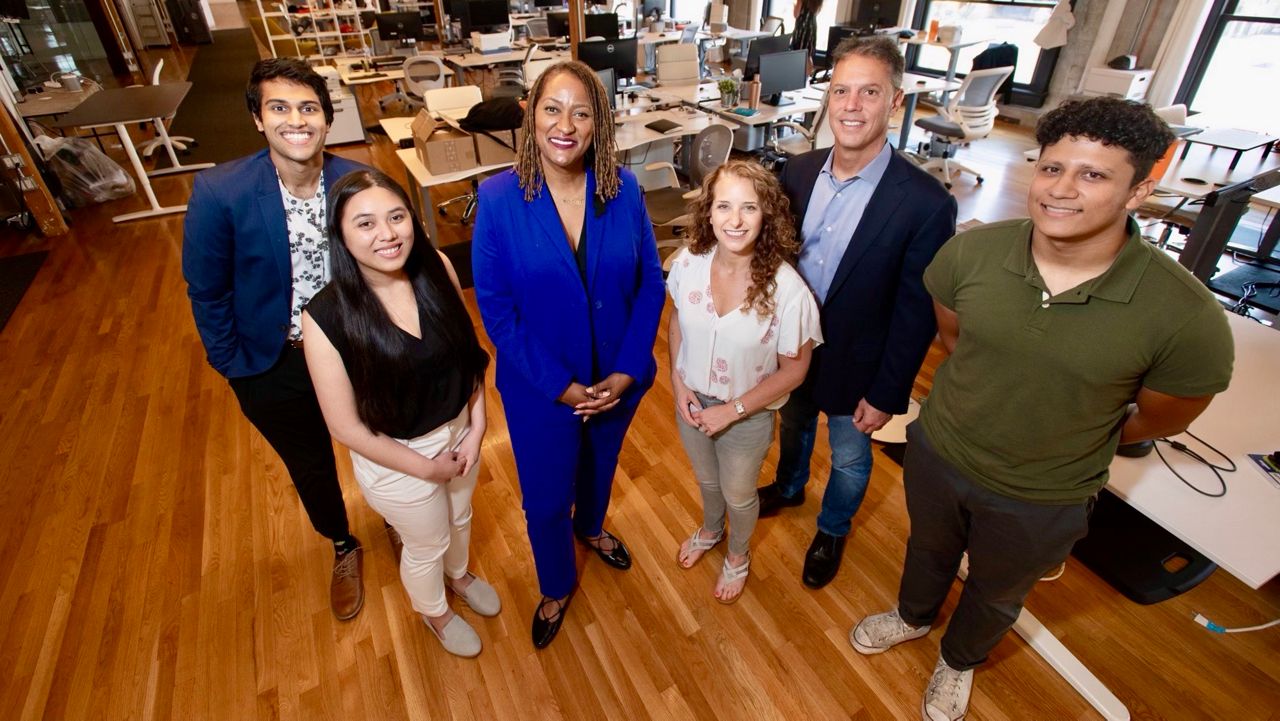 Miller said that providing minorities and those in underserved communities with paid internships gives these students and young adults a foot in the door in the tech industry. Miller made it a point to create a paid internship program since many students and young adults who live in underserved communities often don't have the luxury of taking non-paid training.

According to LA-Tech.org officials, the paid internships typically last between 10 to 12 weeks, with the first 20 to 25 students from South Los Angeles starting this week.

LA-Tech.org has partnered with another nonprofit group, UniteLA, to identify candidates, ages 16 to 24, for the program.

Miller said that candidates don't need to have an engineering or a computer science degree to get into the tech field. There's plenty of demand for marketing, sales and other departments that are part of the tech industry.

LA-Tech.org then screens the candidates to find out that person's area of interest in the tech field and train them how to interview for a job and brief them on the company and what to expect from an internship.

Once the candidate completes that screening, they are matched to a tech company and interview for a possible internship.

If selected, the intern is paid $15 an hour and works about 15 to 20 hours a week. During this time, LA-Tech.org will also host networking, training and career counseling events for the interns, Miller said.

"Once you're in, you're in," Miller said. "That's the beauty of the program."

When the internship ends, it'll be up to the company on what happens next. The company can extend the training, or it could lead to something permanent, he said.

Miller said so far, LA-Tech.org has 15 tech companies in Los Angeles County participating. They are expecting about 50 tech companies to be part of the program.

Los Angeles County Supervisor Holly Mitchell said internships are vital for any student looking to set them apart from other job candidates in tech.

Mitchell called this internship program for minorities "a game-changer."

"This is a way to address the pipeline issue question," said Mitchell during the press conference. "We are building the pipeline of young people of color who have the capacity. That's no question. It's about exposure and opportunity."

For Miller, who was inspired by the Black Lives Matter movement to take action, he said this program would be good for everyone involved.

He's looking for more students and tech companies of all sizes to apply and participate.

"We've been talking about this [diversity and inclusion in tech] for a while," said Miller. "Let's actually make this happen. The biggest complaint companies have said is that they have trouble with the pipeline. They can't find diverse candidates to fill jobs. This solves our problem. This breaks the chicken or egg problem. We're training the next generation of diverse candidates."