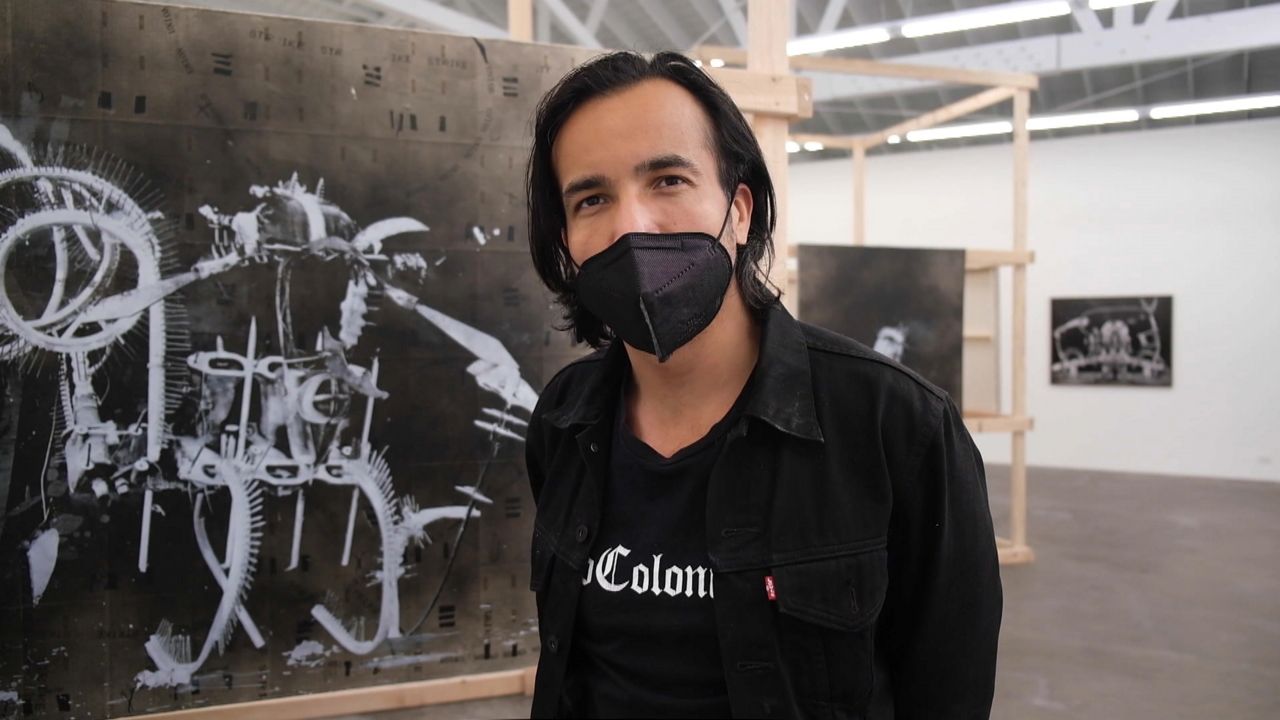 Rodrigo Valenzuela said he is looking forward to this year’s Frieze LA to reconnect with some of that sense of community artists have been missing over the past two years. (Spectrum News/Kristopher Gee)


Valenzuela’s large photo-based works play with the idea of the elimination of “workforce,” pushed aside by automatons that no longer require human operators.

“To me, industrialization and the early labor union movement are a very integral part of the beginning of modernism,” Valenzuela said.

Born in Chile, Valenzuela, who also teaches photography at UCLA, is a featured artist at this year’s Focus LA section of the Frieze LA art fair and several of his “Post-Worker” pieces are on show.

Valenzuela said he is looking forward to this year’s Frieze LA to reconnect with some of that sense of community artists have been missing over the past two years.

“Because in the last two years people have been working by themselves,” he said.

Valenzuela imbues his photo-based images with layers of meaning by incorporating found materials like employee time cards. He also constructs bare wood scaffolding structures to hang the art, which creates new spatial relationships between the pieces not possible by simply hanging them on the walls.

“To position the viewer in different point of view where you can make all those perspectives happen and activate your capacity to make connections,” he explained.

Amanda Hunt is curator for the Focus LA section of Frieze LA, which includes 18 artists from 11 of LA’s younger galleries (15 years old or less). 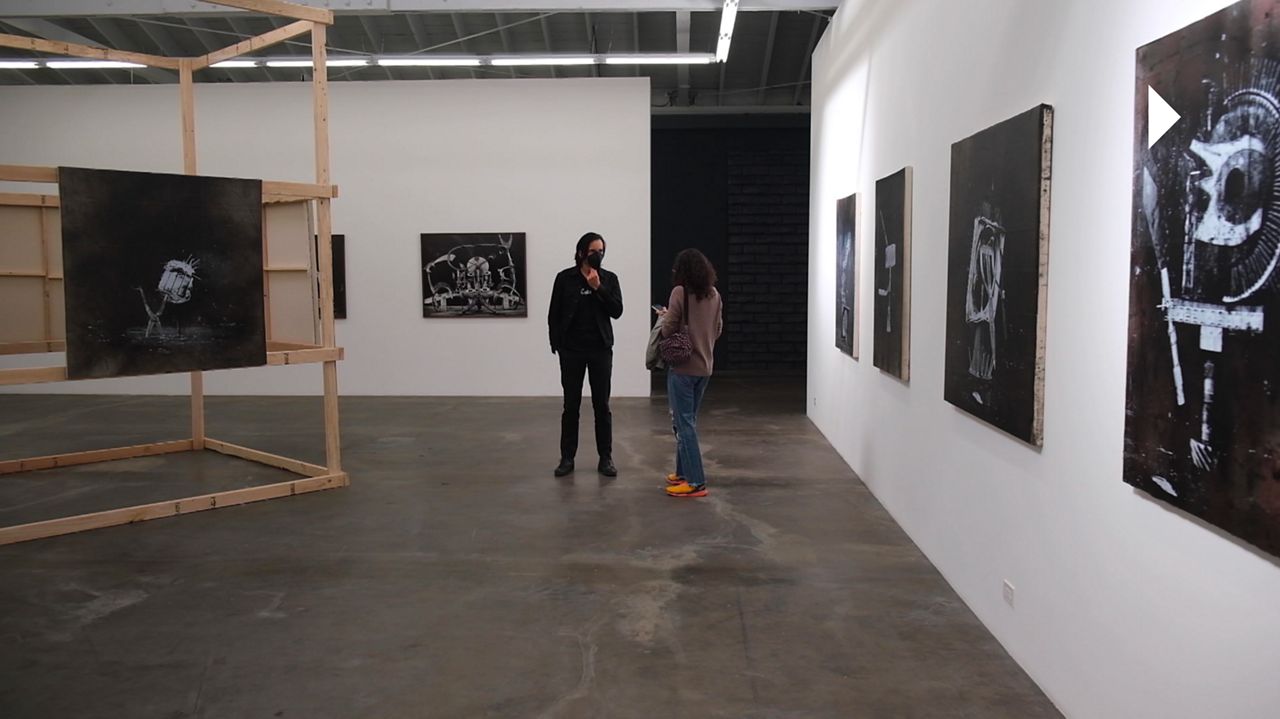 “The point is to get new voices out there, to think about artists who are maybe underrepresented, stories that haven’t been told or seen before,” Hunt explained.

Mixing the familiar (industrial/mechanical objects) with an almost science fiction sensibility, Hunt believes Valenzuela’s work will be a powerful new voice at this year’s Frieze LA.

“This is a really striking collection of images,” Hunt added.

“I think it’ll really get people talking at the fair, thinking about some of the issues that Rodrigo is working through.”

Frieze LA touches down in Beverly Hills this year for the first time since its 2019 launch and after last year’s virtual fair.

Valenzuela said there still might not be as many international visitors to the fair this year due to continued pandemic concerns, but the local spirit will prevail.

“I think it’s going to be a nice celebration of our artists and our galleries,” he said.

After the past two years, Rodrigo Valenzuela said he needs to see art in person and hang out with fellow artists once again. For him Frieze LA is an opportunity to reopen that door.