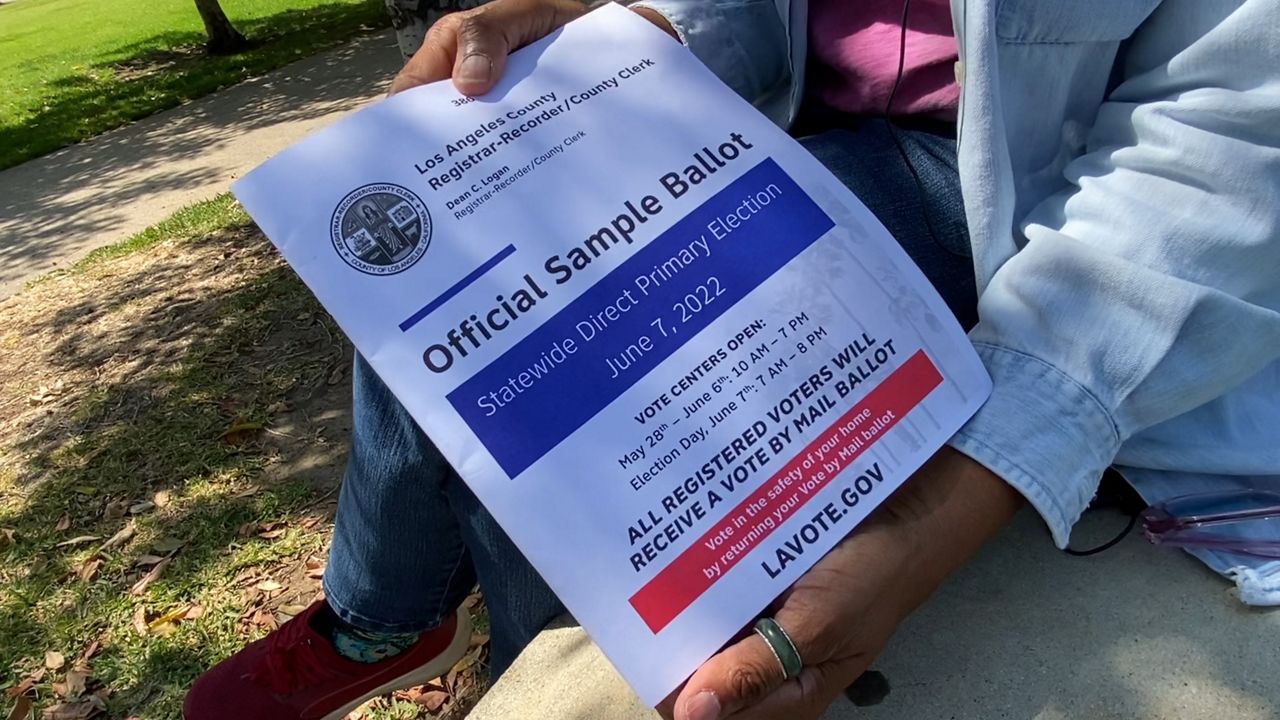 LOS ANGELES — When Los Angeles resident Katsy Chapell signed up to become a poll worker in 2004, she was looking for short-term work in between acting gigs — never expecting she would return.


Chapell said the job requires a full day of training and working long hours, but she loves getting to watch democracy in action.

“What is fun are families that come in to vote together, and they are not all on the same page. They love for people to know it. 'I need a Democrat.' 'I need a Libertarian.' 'I need a Republican,'" Chapell said.

It takes upwards of 10,000 workers to make each election cycle run smoothly, according to Dean Logan, the LA County Registrar-Recorder County Clerk. Most are county employees and 3,900 are volunteers like Chapell.

This year, however, the county is short 1,000 poll workers for the June primary election.

“People are starting to schedule trips, vacations and activities that they’ve had on hold for two to three years. I think for some people, there is also still this hesitancy of, 'Are we emerged out of COVID that I want to be out there in the community and around folks?'" he said.

Logan noted that there are COVID-19 safety measures in place at vote centers and some parts of the county have a greater need for poll workers, including the Westside as well as East and South LA.

Even if there are not enough volunteers, Logan said the county would not resort to closing vote centers.

“When those notices go out to voters, we don’t want to disrupt the process by having to close a vote center,” he said. “So worst case scenario, we may reduce the staffing levels at a particular vote center. We may have to look at augmenting with additional county staff, if that is the case.”

Election workers must be at least 18 years old, a U.S. citizen, and registered voter or a legal permanent resident.

Workers must also be vaccinated against COVID-19.

There is also a stipend of $100 a day plus $80 for completing training requirements. This year, the county is especially in need of workers who are bilingual and can speak any of the following languages: Japanese, Korean, Hindi, Thai and Khmer.

Chapell said her poll worker duties range from setting up election signage to ensuring voting materials are accessible to everyone.

"I’m looking forward to being out, meeting with people, helping people vote, seeing what becomes of this next turnout."