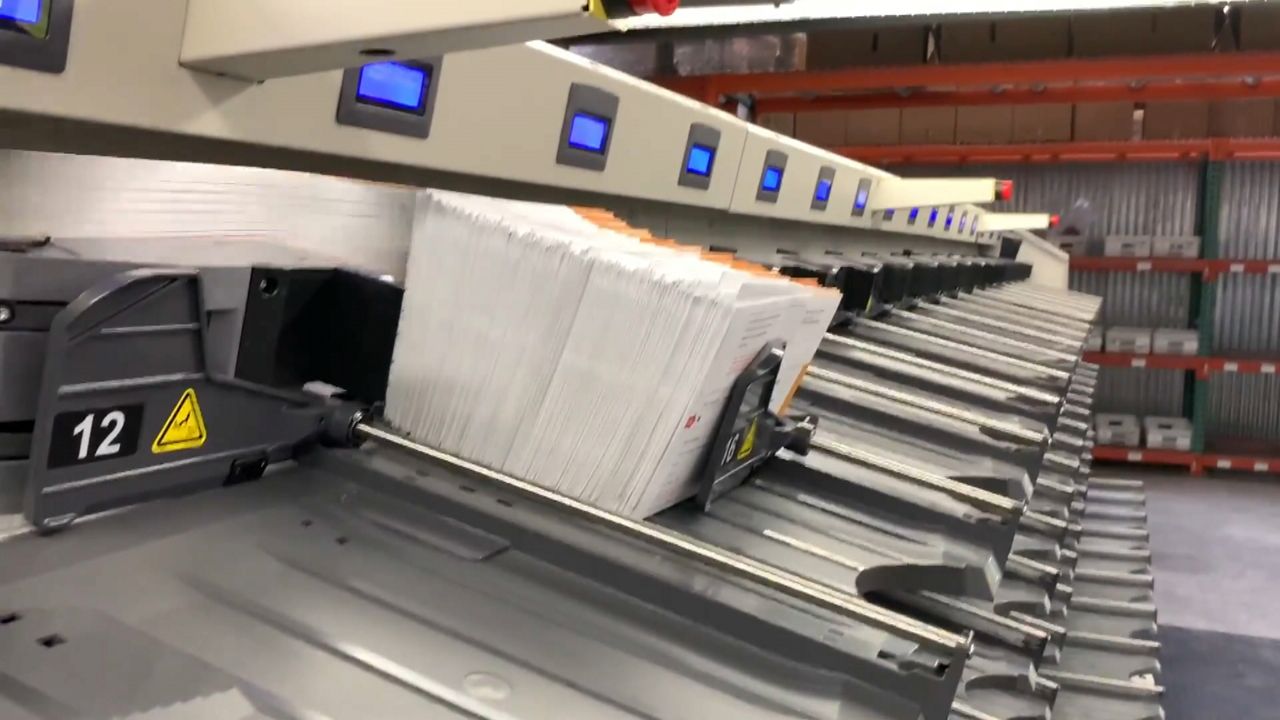 SANTA ANA, Calif. — In a year when everything seems to be up in the air, there’s one thing Neal Kelley, Orange County's chief election official, knows for sure: 2020 will go down as the most intense election of his career.

"It’s like planning 20 Super Bowls at one time," he said.


Since the pandemic, Kelley has been in a race against the clock, trying to print 1.7 million ballots.

“It consumed me," he said. "I realized that it was very possible, as COVID exploded, that we could be doing an all-mail ballot election in the fifth-largest county in the country in the fall."

More than 33 million Americans voted by mail in 2016. That number is expected to double in 2020, which is why Kelley set up what he calls a military-style operation to handle the unprecedented tsunami of mail-in ballots.

“It’s an enormous amount of pressure,” he said. “There’s a lot weighing on my shoulders.”

Since March, Kelley has invested more than a million dollars upgrading his machines, doubling his capacity, and conducting dry runs.

“We’re printing so much that if you laid paper down on the road, it would run all the way to Salt Lake City from here,” he said.


President Trump’s repeated attacks on the validity of mail-in voting have fueled concerns among voters. But Kelley insists that not only are they secure, they’re safer than voting in person.

Completed ballots can arrive up to 17 days after Election Day, as long as they’re postmarked by November 3. Kelley will then have 30 days to tally the votes.

He can’t say how long exactly it will take to count them all, but he can speak to what will happen once he’s done.

“I’m going to relax and drink a beer on the beach somewhere."