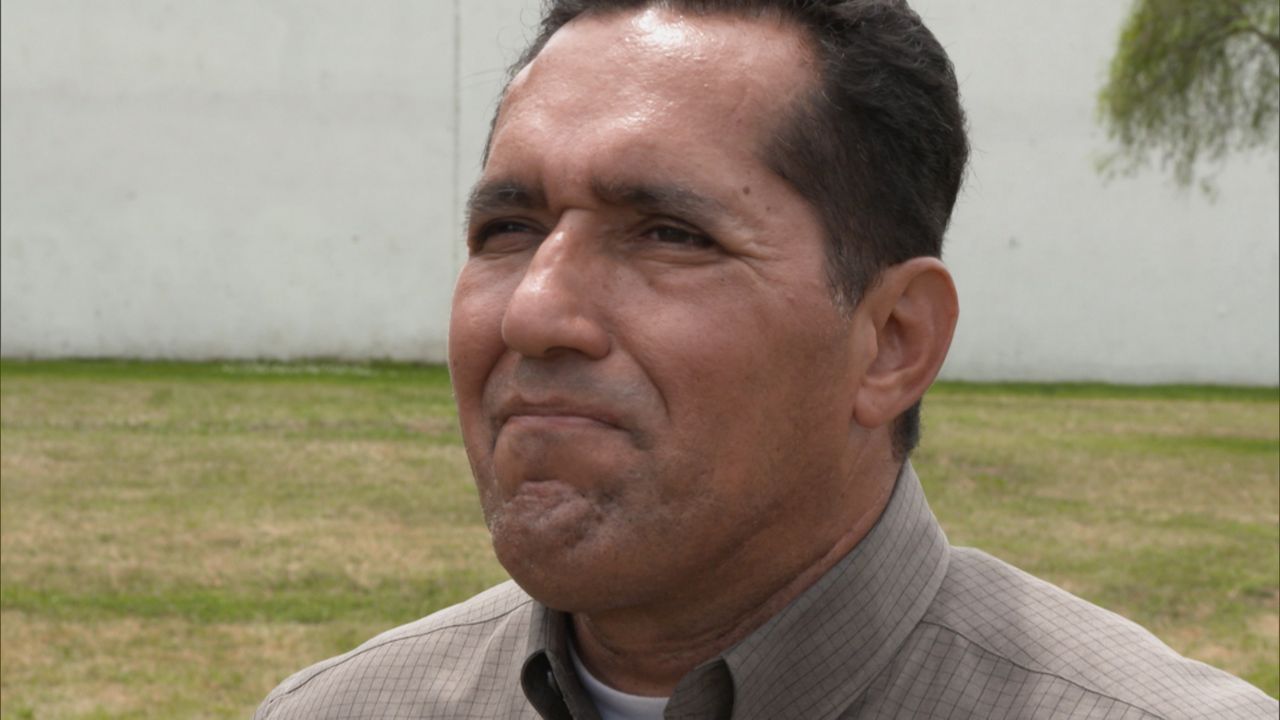 HAWTHORNE, Calif. – Coping with stay-at-home orders is tough for a lot of Southern Californians but Luis Vargas feels better equipped than most. He’s had training, albeit not by choice.

“The fact that I've gone through the experience that I went through, you know, it has kind of like acclimated me to being able to withstand being locked up,” said Vargas.

For almost two decades, the father of three experienced “lockup” of a different kind.

“I got arrested in 1997, July 1997, actually spent about 18 years behind prison walls,” he explained. “Two years practically fighting my case in the county, L.A. County system and the rest in prison.”

Vargas was wrongfully convicted of three sexual assaults committed by the notorious ‘Teardrop rapist’. DNA evidence exonerated him in 2015 and when he was finally released, Vargas relished his freedom.

Just as Vargas was getting comfortable with life as a free man, stay-at-home orders brought back painful memories of his time trapped in a 6-by-12 foot cell.

“You didn’t have much movement. All you could do is get up and walk to the door, walk back,” said Vargas. “At least here you can walk around in your house and also, I was trying to make the best of it, but it did bring back a lot of memories though.”

Memories that still haunt Vargas. “I mean, I still have night sweats. I still do, unfortunately, I still do.”

Vargas sees parallels between life behind bars and life spent mostly at home.

Vegas says he’s shoring up his mental health with activities like reading and spending time with his wife, among others.

“I've been doing a lot of working in the house, you know, I've been entertaining myself with gardening as weird as it may sound,” he said with a laugh.

For those having a tough time in self-isolation, Vargas has a message.

“It’s not as bad as you think it is. It’s not,” he said. “Relax, first of all and think about what you do have that is going on in your life that's positive.”

For Vargas, it’s the family he will celebrate with on May 26th. That’s his second oldest daughter’s birthday. It is also the day he was set free four years ago, when he saw something he’ll never forget.

“The first thing that I had seen was the sky,” he said. “That's one of the things that I missed a lot when I was inside because even though I could come out to the yard and stare up to the sky and look at the blue sky, I still knew that I had electric fences around me. So I wasn't able to enjoy it the way I did when that first day came about.”

It’s a sight Vargas can still enjoy even in self-isolation.