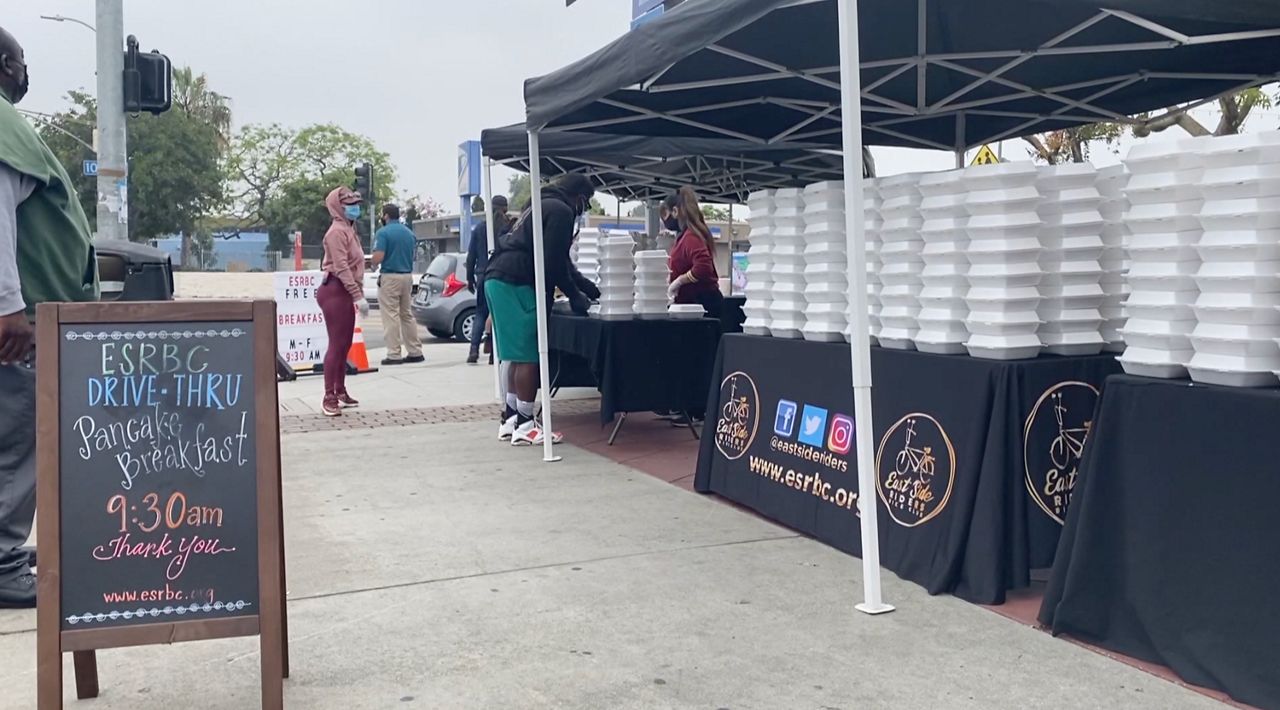 WATTS, Calif. – In the last month, John Jones has made thousands of pancakes on this grill. He laughs and says he should work in a real restaurant after this.

“For me it’s been a struggle, out here at 5 a.m. setting these things up,” said Jones.

Jones along with volunteers from the East Side Riders Bike Club have been out on the streets of Watts making and serving breakfast for the community. They have been waking up early every week day since mid-March when schools shut down. First kids were the priority, now it is open to anyone in need.

Now, they serve at least 800 people with lines of cars stretching down the block. Jones said they took it upon themselves to feed their neighbors, because Watts is often forgotten during these times.

“Historically, it’s always been on the backburner of being taken care of when it comes to disasters or like this a pandemic,” said Jones.

He knows this is needed. They often run out of breakfast within an hour of service. He says many families in the Watts area are often larger, so he makes sure each car receives enough meals to feed the household.

“When the community is telling you, 'thank you.' When your community is proud of you. It’s a warm feeling,” said Jones.

Jones hopes to continue the daily breakfast until June, knowing how many families are left hungry while most are out of work.

“We wanted to be first to give back to our community and say we are here for you no matter what,” said Jones.

No matter what, neighbors will be helping neighbors through this time of struggle in Watts.

This breakfast is completely community funded, so if you would like to donate to the cause, click here.

The free breakfast is open for drive-up service only every weekday at 9:30 a.m. until they run out. It is located on the corner of Compton Ave. and 103rd Street in Watts.