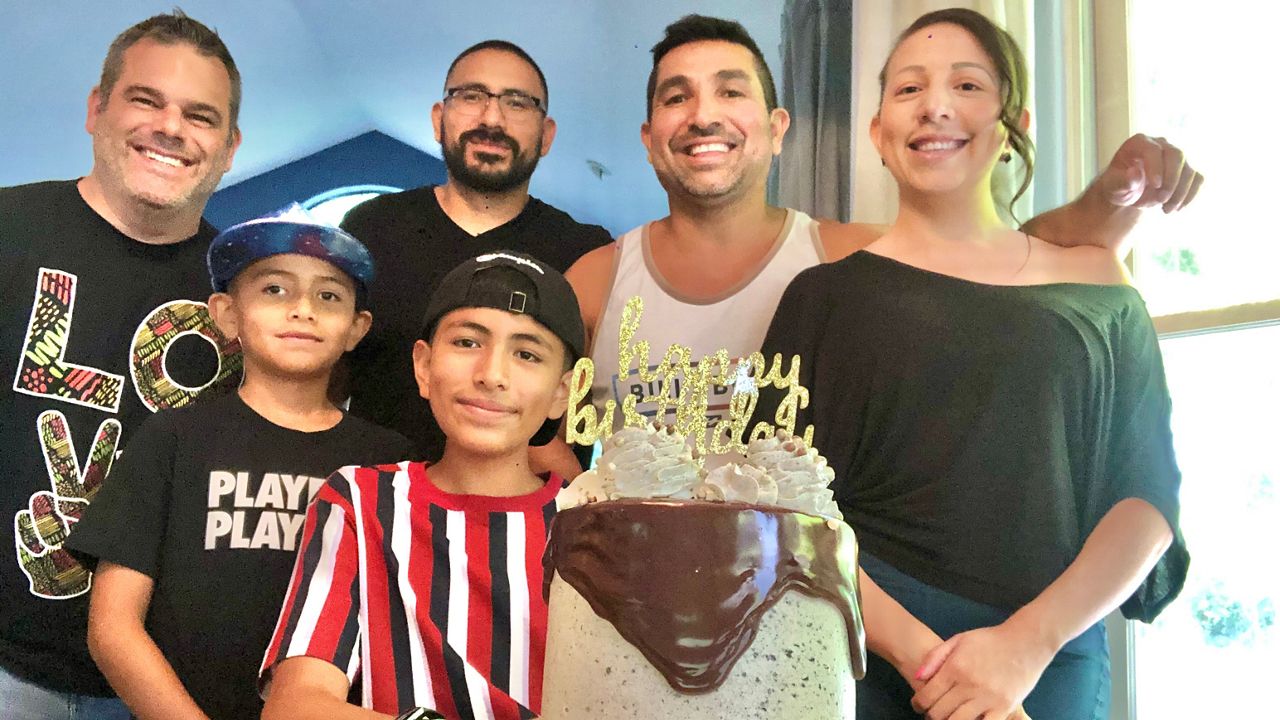 LOS ANGELES — It seems like just about everyone has been bitten in some way by the quarantine baking bug.

First, it was banana bread, then sourdough, but for Betta With Butta's Chris Tucker it's always been cake.

“When I think about making something edible that brings joy to somebody, in a way it fulfills me," Tucker said. "And it brings back the memories of baking with my grandma as a kid.”

More than just a passion though, baking is Tucker's career. After moving to Los Angeles to become "a hairstylist to the stars" he appeared on "The Great American Baking Show" and soon after founded his own company, Betta with Butta.

But like almost every sector during the pandemic, Tucker has had to make some shifts to his business model.

“I think the only thing you can do in a time like this is figure out what you can do moving forward, not complain about it, and find a way to give back," he said.

It was that last option that really hit home for Tucker. One day as he was delivering a cake, he wondered how many kids across Los Angeles would be going without birthday cakes of their own this year.

“When you think about a birthday cake, it’s something that’s made with love, but it’s also something that can be an added expense to families,” he said.

With millions of Californians unemployed, simple novelties such as getting a birthday cake from a bakery might have been the first to go for some families.

And it was that thought that motivated Tucker to launch the Cake Initiative. Every week, he selects one family to deliver a custom-made birthday cake.

“We wanted to make sure that if it was just for that three minutes they were indulging in something that brought a smile to their face, we could be a part of that," he said.

More than just L.A.-based families, the movement has spread to other bakers and communities across the country. Because baking is about the smile you can bring to someone else, he said.

"Being able to watch somebody eat what you made, and it puts a smile on their face, it's the whole 'why' behind what we do," Tucker said.

To nominate someone to receive their own birthday cake, visit Tucker's Instagram, Betta With Butta.

"The Cake Initiative? What's that?"⁣⁣ ⁣⁣ Oh, well I'm really glad you asked! It's a new program we're launching today! EACH WEEK we will GIVEAWAY A CAKE to help celebrate a child's birthday who's family has been economically impacted by Covid-19. ⁣⁣ ⁣⁣ With OVER TWO MILLION people unemployed in the state of California (that's 1 out of 5), it got us thinking about the kids and how we can help them feel a little more normal, or even special at the moment. ⁣⁣ ⁣⁣ Every week we will open nominations for a new child who has a birthday that week. Everything will be confidential and done through DM! Simply send us a note as to how this family has been impacted by Covid-19 and a little information on the child. ⁣⁣ ⁣⁣ Each Thursday we will pick a different child to receive a cake that weekend! Your job? Nominate kids! Nominate families! Share this post and let other people know this is going on. We want to reach as many people as possible with the hopes of making as many quarantine birthdays a little brighter for those down on their luck. ⁣⁣ ⁣⁣ At the end of the day, all kids should be blowing out candles and eating cake on their birthday!⁣⁣ ⁣ Are you a baker that wants to bring The Cake Initiative to your area? Or a local LA baker or brand that wants to get on board? DM me for details! Many hands make lite work and more importantly, more cakes! ⁣ ⁣⁣ ⁣⁣ ⁣⁣ ⁣⁣ ⁣⁣ ⁣⁣ ⁣⁣ ⁣⁣ ⁣⁣ ⁣⁣ ⁣*currently only open to LA residents ⁣ ⁣ #cakelife #cakelovers #covid19 #kidsbirthday #cake #slice #sliceoflife #happykids #glutenfreeeats #giveaway #recipeshare #birthdaycake #plateddessert #charity #dessertlove #dessertlovers #sharphome #spice #f52 #bakedgoods #sweetooth #dessertmasters #artfood #thecakeblog #thecake #cakedecor #cakeofinstagram #desserttables #alonetogether #gbbo @thebakefeed @thefeedfeed.baking @nanamaryskitchen @buzzfeedtasty @food52 @thekitchn @foodfluffer @foodglooby @homeandfamilytv @lifeandthyme @huffposttaste @saveurmag @tasty @tastingtable @foodblogfeed @eater_la