Kenji Suzuki took over his mother’s restaurant Suehiro Cafe in 2001.

LOS ANGELES — Little Tokyo was established in the 1880s, and since then, it has become home to 400 small businesses. Fifty of those have been around over 20 years.

Kenji Suzuki took over Suehiro Cafe from his mother, but since COVID-19 shut down the city, sales have been down 90 percent.

“We’re really trying our best to try and generate a little bit of sales so that we can at least pay for our expenses,” said Suzuki as he washed dishes. “We still have to pay for electricity with all these freezers and refrigerators.”

While delivery and curbside pick-up have helped, online services take a chunk of profits. Suzuki has been able to keep the doors open mostly by providing meals to senior food programs organized by the Little Tokyo Service Center.

“My mother originally opened it in 1972, and I told her that while she was alive, I was going to keep the doors open,” said Suzuki. “Right now, it’s gotten really tough, but it’s a promise that I made to my mother, and I’m going to do my best to keep it.”

Even after cashing out his IRA, Suzuki said it’s still not enough.

“We’re really having to borrow money. We’re in the red every single month,” said Suzuki.

When the city allowed for a new temporary permit called Al Fresco, that would allow restaurants to expand dining areas outside, Suzuki applied, but it’s not working out as well as he hoped.

“We applied for this Al Fresco, which allows us to put chairs and tables outside, but it only really seats about 8-10. Inside we can seat over 60 people, and so this is really not going to be enough for us to be able to pay the rent,” explained Suzuki. 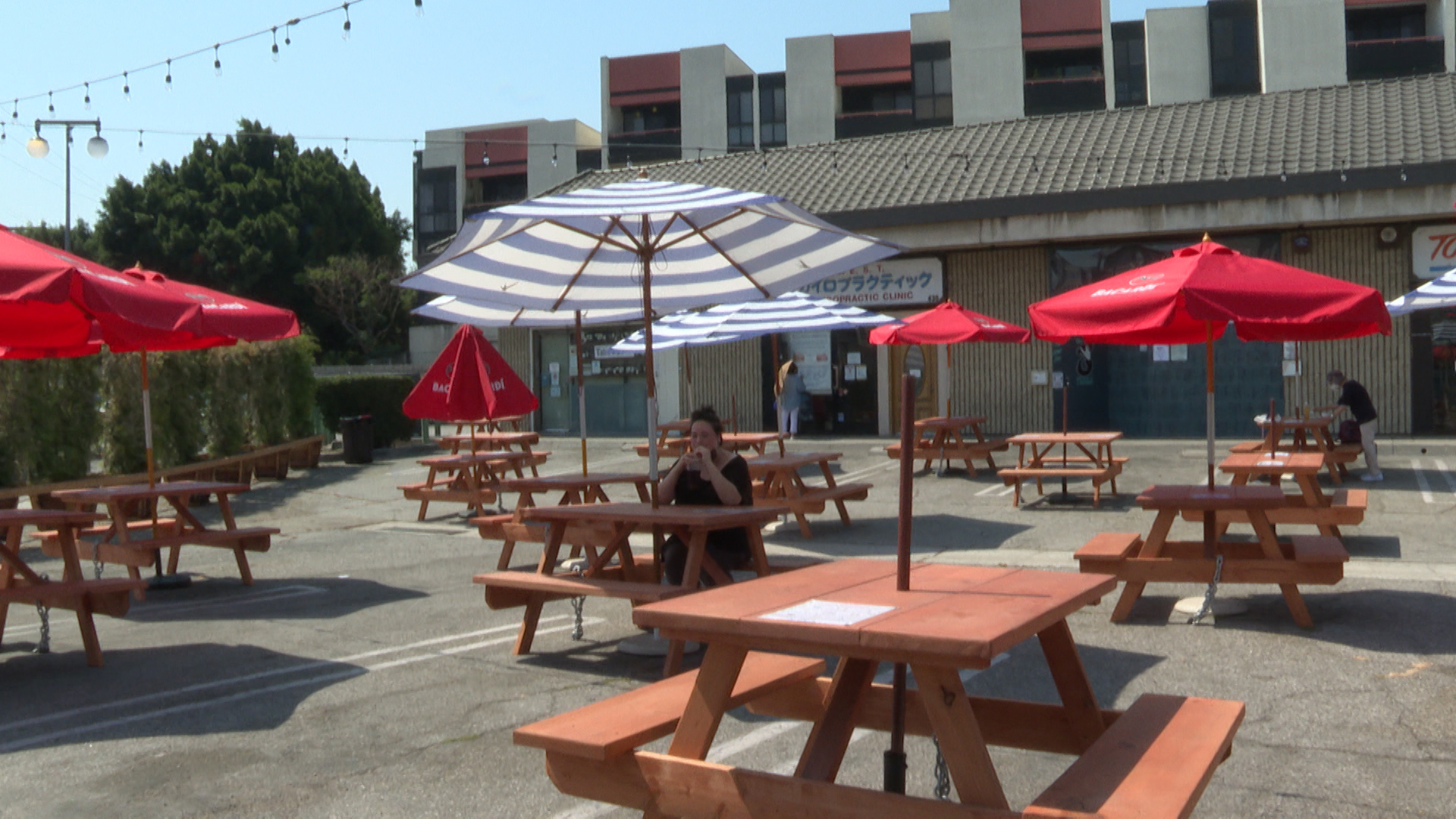 Kristin Fukushima is the Managing Director of the Little Tokyo Community Council and she said Suehiro Cafe is one of 10 multigenerational businesses in Little Tokyo and needs to be protected.

“Take-out and delivery is great, but it’s not enough to keep them around,” said Fukushima. “We have to really think about all options to help protect our small business community which is a really core foundational part of what the Little Tokyo neighborhood is about.”

The Al Fresco permit also allows expanding into adjacent driving lanes, parking lanes, and private parking lots, but Suzuki is hoping to close down the whole street. The city said to wait five days to hear back, but it’s been a month and Suzuki still hasn’t heard a word.

“If we can do that, everybody can benefit from the additional dining areas, and it would definitely increase the foot traffic coming into Little Tokyo,” said Suzuki.

We’ve been lucky to survive a lot and our motto has always been ‘Just stay open’ because as long as we stay open we know that the community will be there to support us to make it through. Some of you are probably too young to remember but we were originally located on 2nd Street. We were evicted when the entire block was sold to an investor and they ended up tearing everything down. So many small businesses were lost during that wave of displacement! Today we’re still around because my mom and aunt were lucky enough to secure this current location on historic First Street and we’ve been here ever since. Learn more about the history of our featured historical photo by visiting @GoLittleTokyo And to support Little Tokyo small businesses like ours please consider making a tax-deductible donation to the Little Tokyo Small Business Relief Fund, swipe right for the link or check @GoLittleTokyo for more details.

A post shared by Suehiro Cafe OPEN FOR TAKEOUT (@suehirocafelittletokyo) on Aug 19, 2020 at 4:16pm PDT