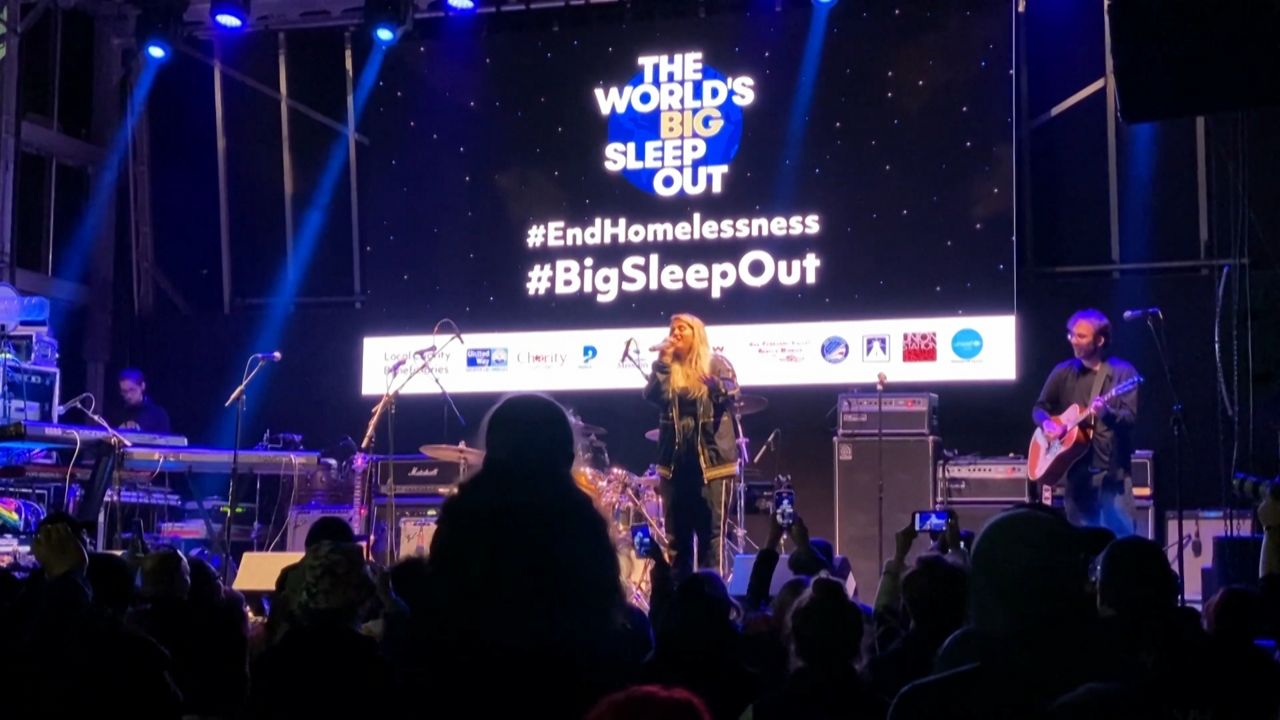 PASADENA, Calif. – Hundreds of Californians rolled into the Rosebowl and rolled out their sleeping bags in solidarity with all those who are forced to sleep under the stars. Roughly 60,000 homeless people in L.A. County also spent the night outside, but not by choice.

“We get really hung up on tiny little things but if you just take a second and do things like this and see where you could sort of impact, how awesome is that,” said Ashley Hastings, a project manager at ARUP, an engineering and design firm in downtown Los Angeles.

Hastings and about 15 of her coworkers took part in The World’s Big Sleep Out, one of 50 events taking place in cities around the globe to raise money and awareness to fight homelessness.

Ziggy Marley, Sean Kingston, and Meghan Trainor were among the A-list performers. But for Hastings and her friends, the event was more than just about social justice. They say they are anxious about their own future and angry this crisis has been left to their generation.

“The things we knew about the American dream are sort of out the window. I don’t think I could actually ever buy a home. Mostly because I have $275,000 in student debt,” Hastings said.

The unseasonably cold weather in SoCal over the weekend only made the experience more poignant.

After a quick bedtime story read by actor Seth Green, Hastings and her friends prepared to bed down for the night. But it was easier said than done.

After sleeping on concrete and being waken up at the crack of dawn by the noise around them, Hastings said she was able to get a glimpse of what homeless people experience on a daily basis.

“The lights were on all night we had some construction noise from the breakdown of the event and also the setup of the Rosebowl flea market. So non-stop noise, relentless light and decently chilly conditions,” Hastings said.