ANAHEIM, Calif. — When guests first walk in to the brand-new Westin Anaheim, they'll notice the scent of a white tea fragrance in the air of the optimal-lit lobby.

Intricately designed wooden structures on the ceiling make it feel like you're sitting under a natural setting, inspired by Anaheim's orange grove roots.

"The moment you arrive, we want the magic to start," said Paul Sanford, the CEO of Wincome Hospitality, the Westin's owner. Sanford spoke to Spectrum News 1 inside the hotel's 2,000 square foot, two-bedroom presidential suite, which offers a direct view of Disney California Adventure and the park's Incredicoaster.

After being delayed for several months because of the coronavirus pandemic, the Westin Anaheim, which sits across the street from Disneyland Resort and directly next to the Anaheim Convention Center, has set an opening date of June 2.

Experts say that both hotels, and the Radisson Blu, which also opened last fall, will be a litmus test to see if building a luxury hotel in a family-friendly destination can work. Anaheim residents will also pay close attention to the Westin and JW's performance since both used a now canceled hotel incentive program.

"A lot of people are going to be watching this hotel carefully to see if there is a market for the guests that are willing to pay four-diamond rates and if the tax incentives provided by the city will turn out to be a good business decision," said Alan Reay, the president of Atlas Hospitality Group. Reay added that most four-diamond hotels in Orange County are along the coast. The Westin Anaheim and JW Marriott Anaheim Resort are inland.

Opening amid the coronavirus pandemic is challenging, but Sanford said he is banking on Disneyland's reopening on April 30 and pent-up demand from people who have been cooped up in their homes for more than a year and want to get away to a luxurious environment.

"The dream of Anaheim is real here," Sanford said. "We are going to provide exemplary luxury services. Guests are going to feel like they should when they visit a California destination." 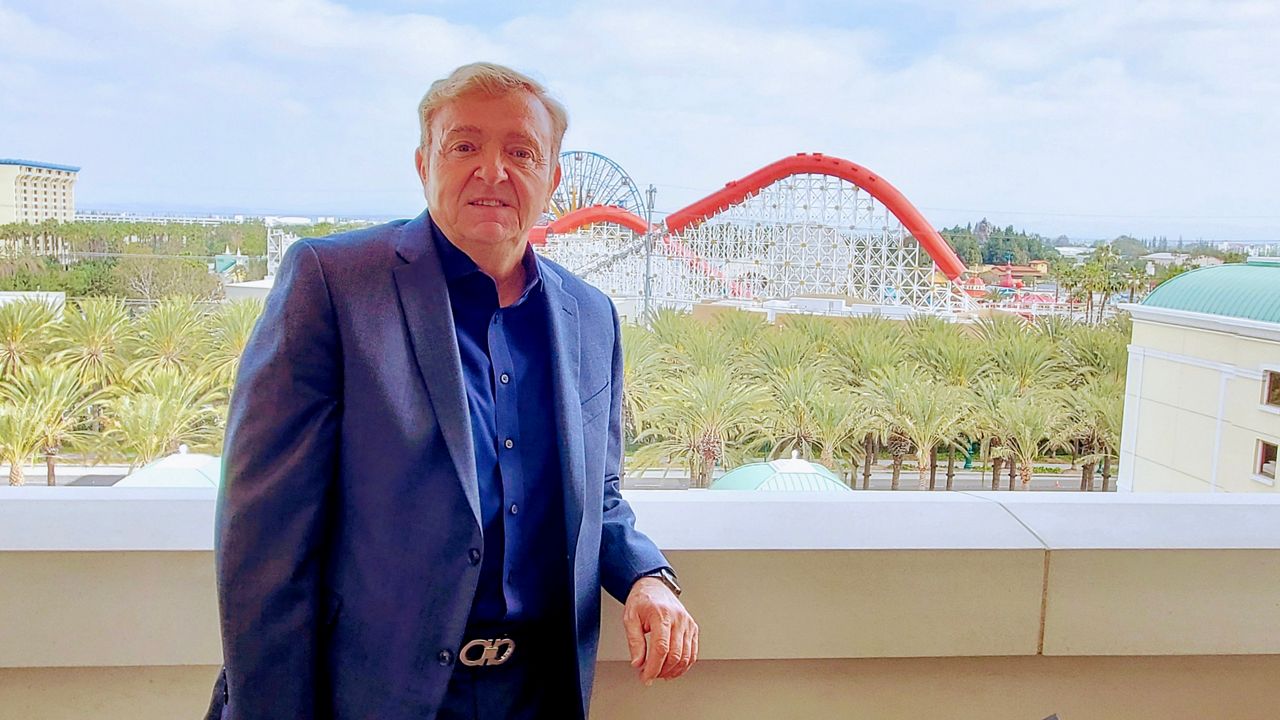 The Westin Anaheim is the newest hotel from Wincome, a family real estate investment, development and management firm. Wincome's portfolio includes the Avenue of the Arts Costa Mesa Hotel, the Anaheim Plaza Hotel, and an office building in the Anaheim Resort District.

The Westin sits on the former Anabella Hotel, which Wincome had owned for several years before transforming it into a four-diamond resort.

With Disneyland as the backdrop, Anaheim has long been considered a family-friendly destination. But in 2015, as part of an effort to lure high-end tourists and business visitors and attract medical and professional conventions, the city council passed a controversial hotel development incentive program.

Under the program, a hotel developer who builds a brand new four-diamond quality hotel can be reimbursed for 70% of the city's transient occupancy tax for 20 years. Anaheim has a 15% bed tax.

"The city of Anaheim has pushed for a number of years to attract higher-quality hotels to the city, but most developers were concerned about the high cost of such luxury projects and also if the demand was there for this product," Reay said.

While some saw the program as a way to attract wealthy tourists and conventioneers, who theoretically would spend more money in the city, others saw it as a corporate handout. The tax money generated by the city's hotels goes to the city's general fund. A newly elected city council in 2016 ended the incentive program for new developers.

In 2018, the local hotel union fought back and introduced Measure L, a ballot that would require businesses who receive a tax rebate from the city to pay their employees a higher minimum wage. Voters approved the measure in 2018.

Disney and Wincome received approvals for the hotel incentive program before it ended. Disney had planned to build a new hotel in Downtown Disney but eventually scrapped those plans. Wincome received clearance to build four-diamond hotels at the Anabella Hotel and the Anaheim Hotel along Harbor Boulevard.

"I think this is a win, win, win for all parties involved," said Sanford regarding the city's hotel incentive program and Measure L.

The daily rate will start around the mid $200s, but once things come back to normal could reach the $500 a night range, Wincome officials said. 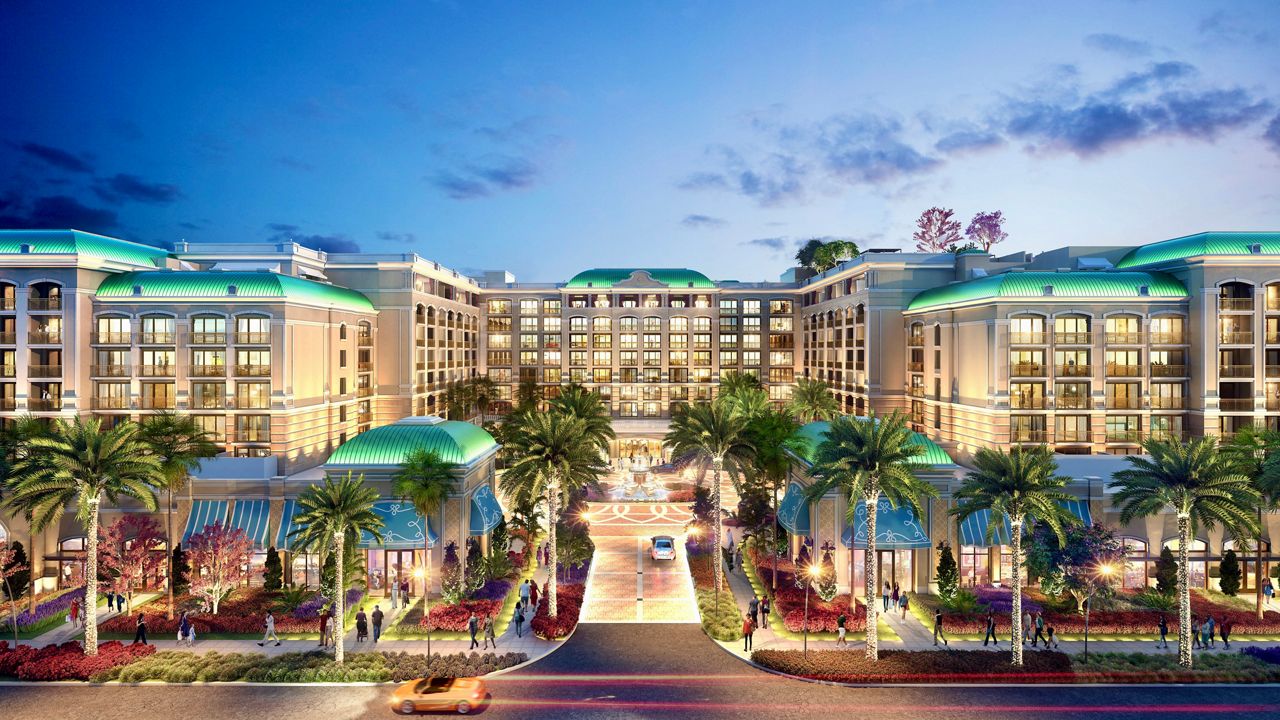 The hotel, which sits only 500 feet from the Anaheim Convention Center, also has 23 meeting rooms and 47,000 square feet of meeting spaces, including a 16,000 square foot ballroom.

"I think the city, we, Wincome, stepped up and built an optimal four-diamond experience that is going to take the convention center to the next level," Sanford said.

While the JW is more contemporary and urban, the Westin was built to be a luxury resort, Sanford said.

Last year, at the pandemic's height, Wincome acquired the adjacent Tiffy's Family Restaurant on the corner of Katella Avenue and West Street. While plans are still in the works, Sanford said they plan to build an outdoor garden and connect it to the larger property.

Sanford added that the pandemic made them change other amenities in the hotel. Many rooms are much larger, have balconies or doors that allow visitors to open for fresh air.

Initially, they had planned to build a second swimming pool on the ninth-floor rooftop. Instead, Sanford said they pivoted to making a rooftop bar that overlooks Disney California Adventure and offers prime views of Disneyland's nightly firework show once that returns.

Sanford said the bar is probably the largest rooftop bar in Orange County and features high-end furniture and dual cantilever umbrellas, which costs thousands of dollars each.

Sanford said Disneyland reopening and the Los Angeles Angels and Anaheim Ducks bringing in live fans is a good step for the hotel and hotels in the area. But he doesn't expect the industry to return to normal until 2023. The state has yet to provide "realistic guidelines" on when convention centers can reopen and begin booking large scale meetings and events.

"If we don't get those legacy conventions, the NAMMs (National Association of Music Merchants), the cardiology, the medical and other conventions, then they are going to leave Anaheim for other places that have figured it out," Sanford said. "Until we get realistic guidelines from the state beyond a few hundred people, then things will be slow."

Still, Sanford is optimistic. The Westin Anaheim brought in top of the class professionals to build the resort. The location is perfect, and the resort offers a lot of luxury amenities.

“Our goal was to really build an experience with guests coming to Anaheim that would be world class and something they felt and experienced at other luxury properties throughout the world,” Sanford said. “I think we really did that.”