ANAHEIM, Calif. — Guests visiting Disney California Adventure this summer might see Spider-Man flying through the air. An animatronic Baby Groot might be walking around. And overhead, a real Avengers Quinjet can be seen.

Nearly a year after the pandemic delayed its opening, the Avengers team is ready to assemble at Disney California Adventure.

The land will be a haven for Marvel and Disney fans looking to meet their favorite superhero, fight virtual crime with Spider-Man, meet Iron Man, and eventually, hop aboard the Avengers Quinjet.

"There's only one place that you can come see a full Quinjet — it's either in the movie or here," Marvel President Kevin Feige said at the Avenger's Campus.

On Thursday via a virtual event, Disney Chairman, Disney Parks, Experiences and Products, Josh D'Amaro, and Feige gave fans a glimpse of what they should expect at the new Marvel-themed land in California.

The announcement comes after California officials loosened their restrictions on theme parks reopening. Disneyland and theme parks across the state were closed for more than a year as part of an effort to curb large gatherings and slow the coronavirus spread.

Disneyland and Disney California Adventure are reopening on April 30. Tickets go on sale next week.

"April 30 this place is going to come back to life and I cannot wait to get them all back here safely," D'Amaro said.

Since acquiring Marvel Entertainment in 2009, and Lucasfilm in 2012 for $4 billion each, Disney has been on a mission to incorporate the Marvel Cinematic Universe and Star Wars brands into its theme parks worldwide. Disney built a 14-acre Star Wars-themed land at Disneyland and Walt Disney World in 2019.

With the opening of Star Wars: Galaxy's Edge in 2019 at Disneyland and now Avengers Campus at DCA, this gives Disney a formidable one-two punch of their two most popular movie franchises to drive attendance to their Anaheim theme parks.

Disney has been working on other Marvel themed-attractions at its other parks.

More Marvel-themed attractions are coming at Disney Parks around the world:

Guardians of the Galaxy: Cosmic Rewind, a roller coaster ride, at Epcot at Walt Disney World

Shanghai Disneyland in China does not have a Marvel-themed ride. They offer Marvel-type attractions such as a dedicated place where guests can meet their favorite superhero, try on Iron Man's suit virtually, and a new nighttime event that features Marvel characters. 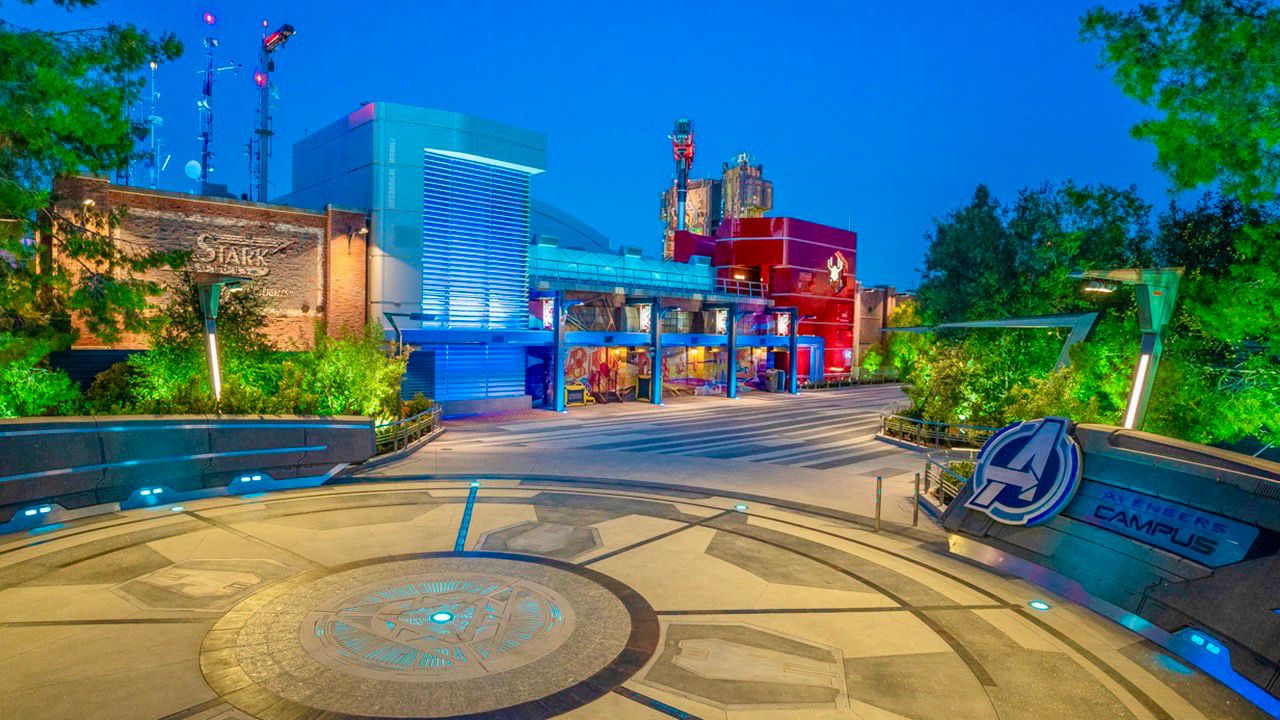 Disney began construction on the Avengers Campus in 2019. The land takes over Bug's Land and will feature several rides and attractions, as well as complement the existing Guardians of the Galaxy ride.

The new Web-Slingers will be an interactive dark ride that will allow visitors to help Spider-Man fight crime in a virtual setting. Guests will be able to pantomime web slinging and capture Spider-bots and rack up points.

"It gets pretty competitive," D'Amaro said.

Another ride — still under construction — will allow visitors to board the Quinjet and fly them to Wakanda, the home of the Black Panther.

Walking around, guests will have a chance to encounter the Black Widow, Thor, Captain America, Captain Marvel, and other Marvel superheroes. Iron Man in his new armor, the Mark 80, can be seen walking around the area, too.

Additionally, guests will have an opportunity to train with Doctor Strange, as well as the Black Panther and the Dora Milaje, his guards.

The land will also feature Marvel-themed food, beverages and retail.

The Shawarma Palace, where the Avengers heroes gathered during an end-credit scene on the first Avengers movie, will be a gathering place to eat and drink. The Pym Test Kitchen, based on Ant-Man and the Wasp, will feature oversized food and drinks.

“Avengers Campus will be a place where fans and guests can finally step into the universe they love, and stand alongside some of their favorite heroes,” said Dave Bushore, vice president of franchise creative and marketing for Marvel Studios in a statement. “The optimism inherent in Avengers Campus captures the diversity, power and teamwork these extraordinary characters possess, and now they come together to unite people from all over the world under one guiding principle: We are stronger together.”

For Feige, he already knows what he plans to do once Avengers Campus opens.

“One of the first things that I'll do is get some shawarma at the Shawarma cart,” Feige said.