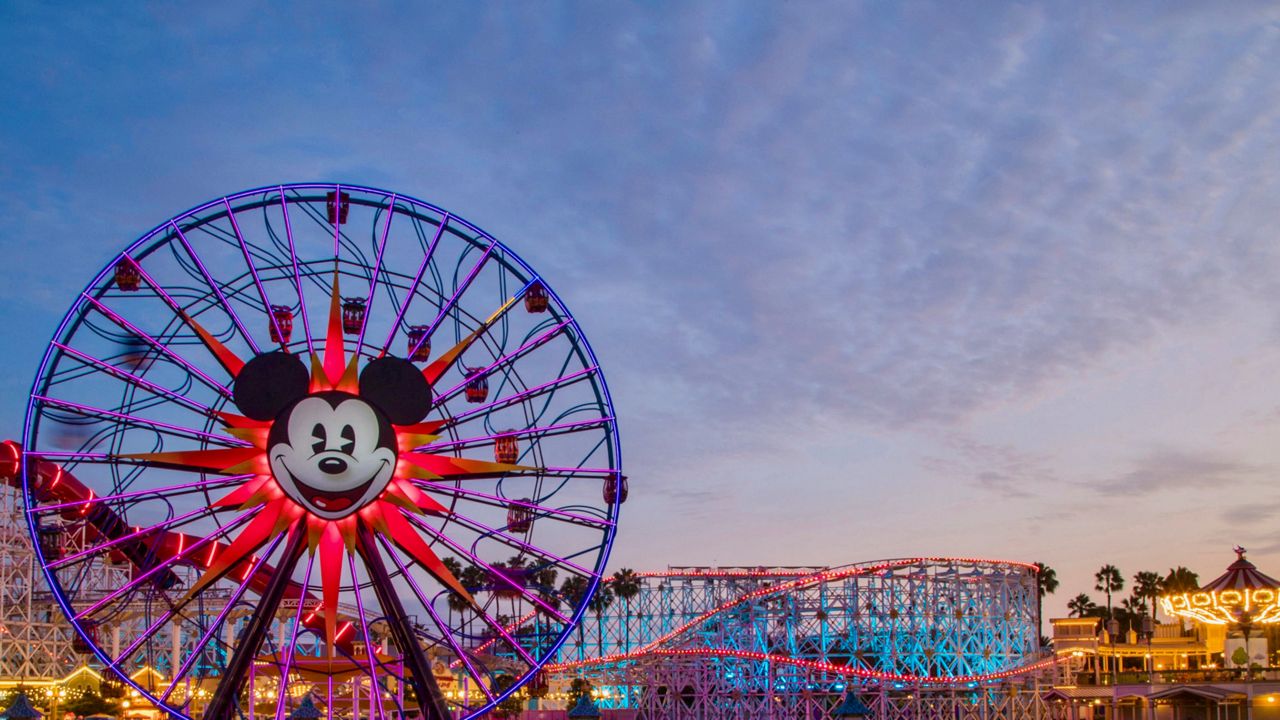 ANAHEIM, Calif. – To say that theme park executives in the state are unhappy with California’s plan to reopen theme parks would be an understatement.

They are flat out upset.

A day after California health officials unveiled new guidelines and rules to reopen theme parks, the heads of Disneyland Resort, Universal Studios Hollywood, Legoland, and Knott’s Berry Farm – usually competitors in the state’s large theme park industry – banded together and expressed their frustration and disappointment with Gov. Gavin Newsom, his administration, and the state’s new reopening plan during a video press conference Wednesday.

“We all believe, and we have all proven that we can responsibly reopen,” Disneyland Resort President Ken Potrock said, referring to the fact that Disney, Knott’s Berry Farm’s parent company, Cedar Fair, Universal Studios, and Legoland have all reopened some of their other theme parks outside of California.

“I think that’s really important based on the lack of any data that says differently,” Potrock said. “Yet, the state continues to have this fear… I think we’ve proven and we continue to prove all over the world and in this country that we have very reliable and very robust protocols that really do protect the safety of our cast and employees and our guests.”

With their theme parks closed, employees out of work, and businesses that rely on them suffering in California, the theme park executives criticized the state’s handling of the new reopening guidelines. Many were upset that state officials did not work with them to create those guidelines like state officials said they would.

And now, they are all pleading with the governor to readdress the situation before things could get really messy.

When asked about the possibility of a lawsuit against the state over its reopening plan, California Attractions and Parks Association Executive Director Erin Guerrero said it is an option they are currently weighing.

“All options are open at this point,” Guerrero said. “We are going to continue to explore our options. Our No. 1 goal is to be allowed to reopen responsibly. We would love to keep that conversation going [with the state] and come up with a reasonable timeline for reopening. But at this point, any option is viable.”

Under Newsom’s plan released by California’s Health and Human Services Secretary Dr. Mark Ghaly, large theme parks that have capacity of more than 15,000 people in the state can only reopen when its home county is in the yellow tier or Tier 4, meaning the spread of the coronavirus has minimal risk.

Other rules for theme parks include having capacity limited to 25%, creating an advance ticket reservation system, and making mask use a requirement for employees and visitors, among other things.

Smaller theme parks can reopen in Tier 3, the orange tier. Still, they must also abide by other stringent rules that include only selling tickets to those that live in the same county as that theme park and limit capacity to either 25% or no more than 500 visitors.

Ghaly said theme parks were seen as higher risk settings since it attracts people from all over the country and world and that it would be harder to enforce physical and social distancing guidelines.

But theme park executives said all theme parks should be able to reopen in Tier 3. Tier 3, which indicates a moderate coronavirus risk level, would allow some indoor businesses to operate with modifications, according to the state.

Currently, Orange County, the home of Disney’s two theme parks, Disneyland and Disney California Adventure, and Knott’s Berry Farm, is in Tier 2, the red tier. San Diego County, where Legoland is located, is also at Tier 2. Los Angeles County, the home of Universal Studios Hollywood and Six Flags Magic Mountain, is in the state’s most restrictive level, Tier 1 or purple.

A county must wait three weeks to move in between the color-coded tiers, according to the state’s Blueprint for a Safer Economy plan. In a best-case scenario, to get from Tier 1 to Tier 4 would take at least 12 weeks.

However, Orange County Health Care Agency Director Dr. Clayton Chau said he does not expect Orange County to reach the yellow tier until at least summer 2021.

Universal Studios Hollywood President Karen Irwin said she doesn’t expect Los Angeles County, because of its large populace, to achieve yellow status “anytime in the near future and probably well into next year.”

“That’s the most disturbing part of this,” Irwin said.

Disney has already had to lay off 28,000 employees across the board. Universal Studios had more than 8,000 employees before the pandemic and is now down to 1,000, Irwin said.

Knott’s and Legoland did not share how many employees they may have laid off or whether they are planning any more layoffs with this extended closure.

“There are tragic stories of people. It’s not just our cast members and employees but all of the related businesses that are affected by this,” Potrock said. He added that with small businesses, hoteliers, vendors, and other businesses that rely on theme park visitors, “it begins to total in the hundreds and thousands of people that are incredibly negatively impacted. Again, what I worry about is what will happen some number of months from now when those businesses have folded.”

Cities are also expected to take a big hit. Theme parks brought in more than 49 million people last year, according to the Themed Entertainment Association. Many of these visitors stay at hotels, shop, and eat at local restaurants.

“The tax base that all of these attractions bring to our communities is incredibly important to funding essential services for the populace and what happens when that begins to dry up?” Potrock said.

Disneyland's home city of Anaheim is expecting the loss of nearly $40 million year over year that comes from a bed tax from people staying in the city’s hotels. That money usually goes to the city’s general fund, which pays for essential services.

Operators were also upset that state officials did not work with them and make suggestions before releasing the guidelines.

Potrock and Irwin said they answered all of the state officials’ questions and addressed their safety concerns during their visit. Dr. Ghaly did not attend any of the visits.

“It was incredibly disappointing, though, post that visit, we were told we would get feedback and reports within a week or so,” Irwin said. “Those never materialized. We didn’t see them. What we were hoping was that those would be the basis for further discussions and collaboration on how to put together practical and rational guidelines for reopening our businesses.”

Now, with state officials having formally released the guidelines, theme park operators are urging the community to reach out to their local own representatives and Gov. Newsom to reopen theme parks.

“I want our communities to reach out to the governor’s office and ask why we are being held back,” Knott’s Berry Farm General Manager Raffi Kaprelyan said.