Thanksgiving 2020: Very Different In More Ways Than One

Thanksgiving this year will be very different for those of us adhering to new, stricter pandemic guidelines. For one, we'll be having a smaller-than-usual holiday feast.

But, the upside is we'll be able to have it outdoors, unlike last year's Thanksgiving Day when it rained, hailed, flooded, and snowed all across Southern California.

Check out the difference for downtown Los Angeles. 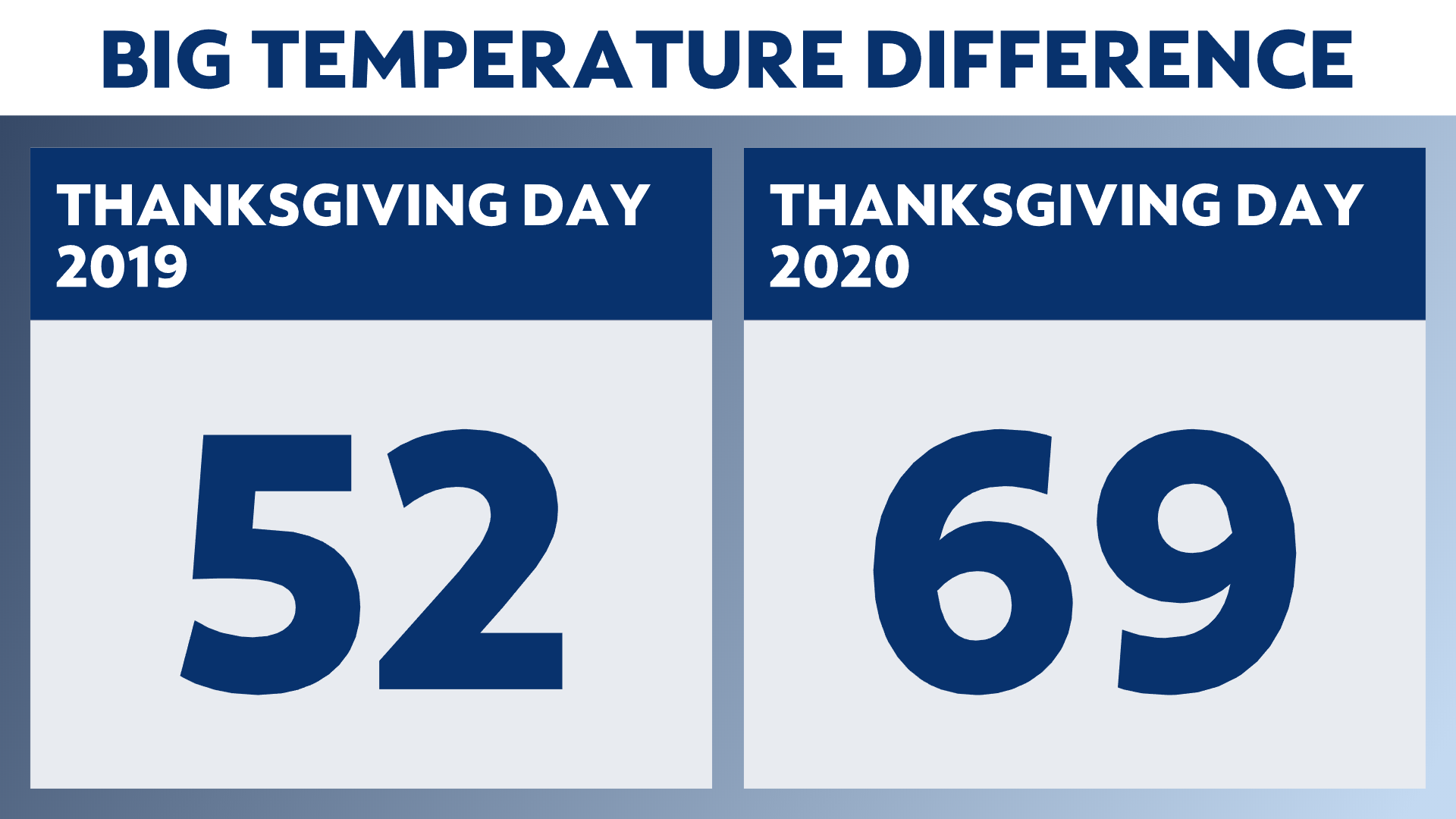 Like last year, there will be a storm moving across the West on Thanksgiving Day. But we won't get any rain, hail, flooding, and snow over SoCal because the storm will be sliding over the interior portions of the West, instead of along or near the coast.

Last Thanksgiving Day, downtown LA, and many other cities, picked up an inch or more of rain, though Long Beach received 2.18" of rain.  Local mountains received, not inches, but feet of snow.

This Thanksgiving weekend, we do have to be extra careful outdoors, especially inland.

"It'll be noticeably windy at times traveling through the mountains and passes," said Mark Moede, a meteorologist with the National Weather Service.  "Be careful if you plan to drive along Interstate 10 and the San Gorgonio Pass."

A ridge of high pressure will develop west of the storm mentioned above, and this combination will create weak to moderate Santa Anas (easterly and northeasterly winds) gusting 25-40 mph.

During the day, the Santa Anas will lead to a slight warm-up from Thanksgiving Day. 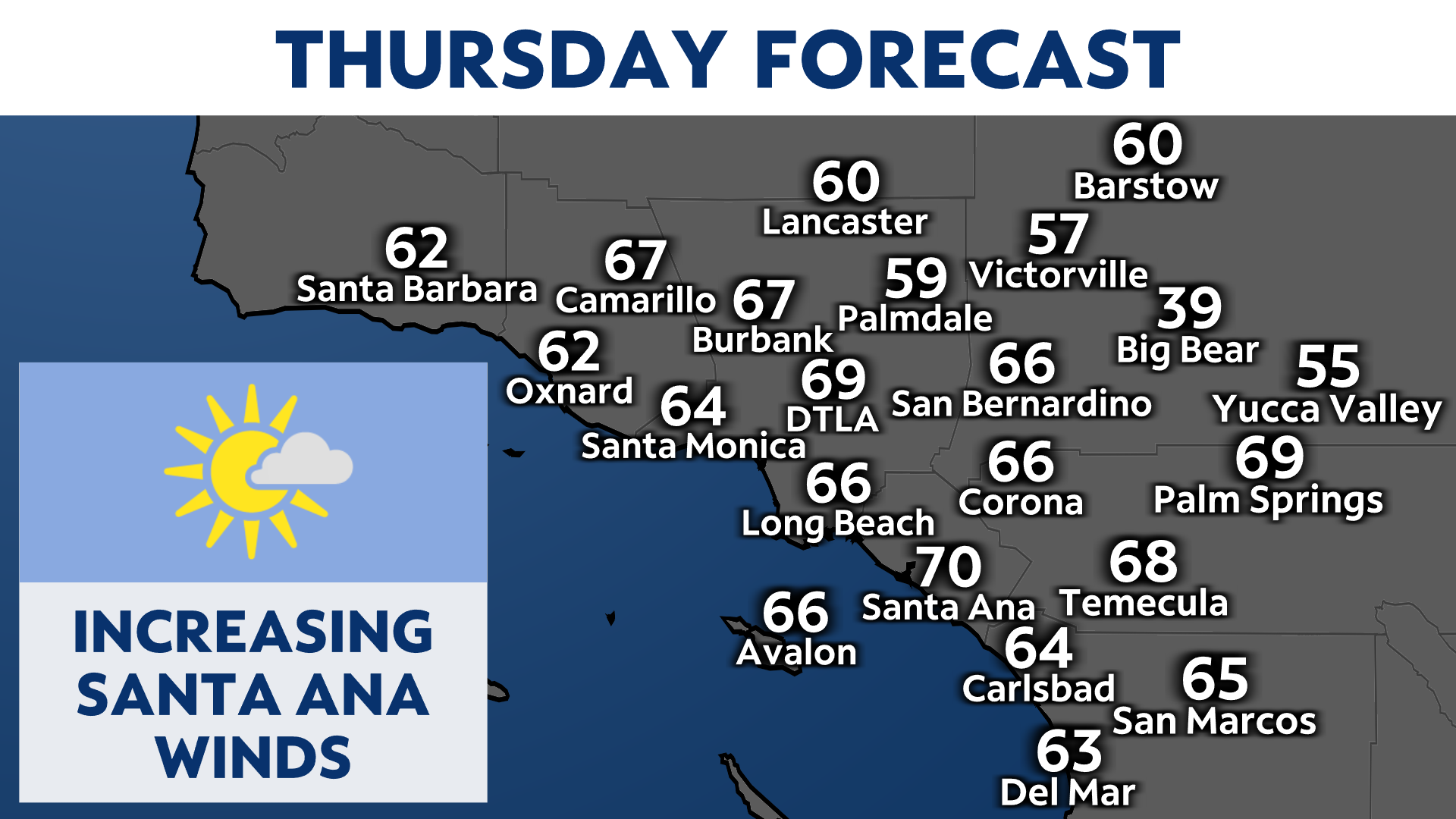 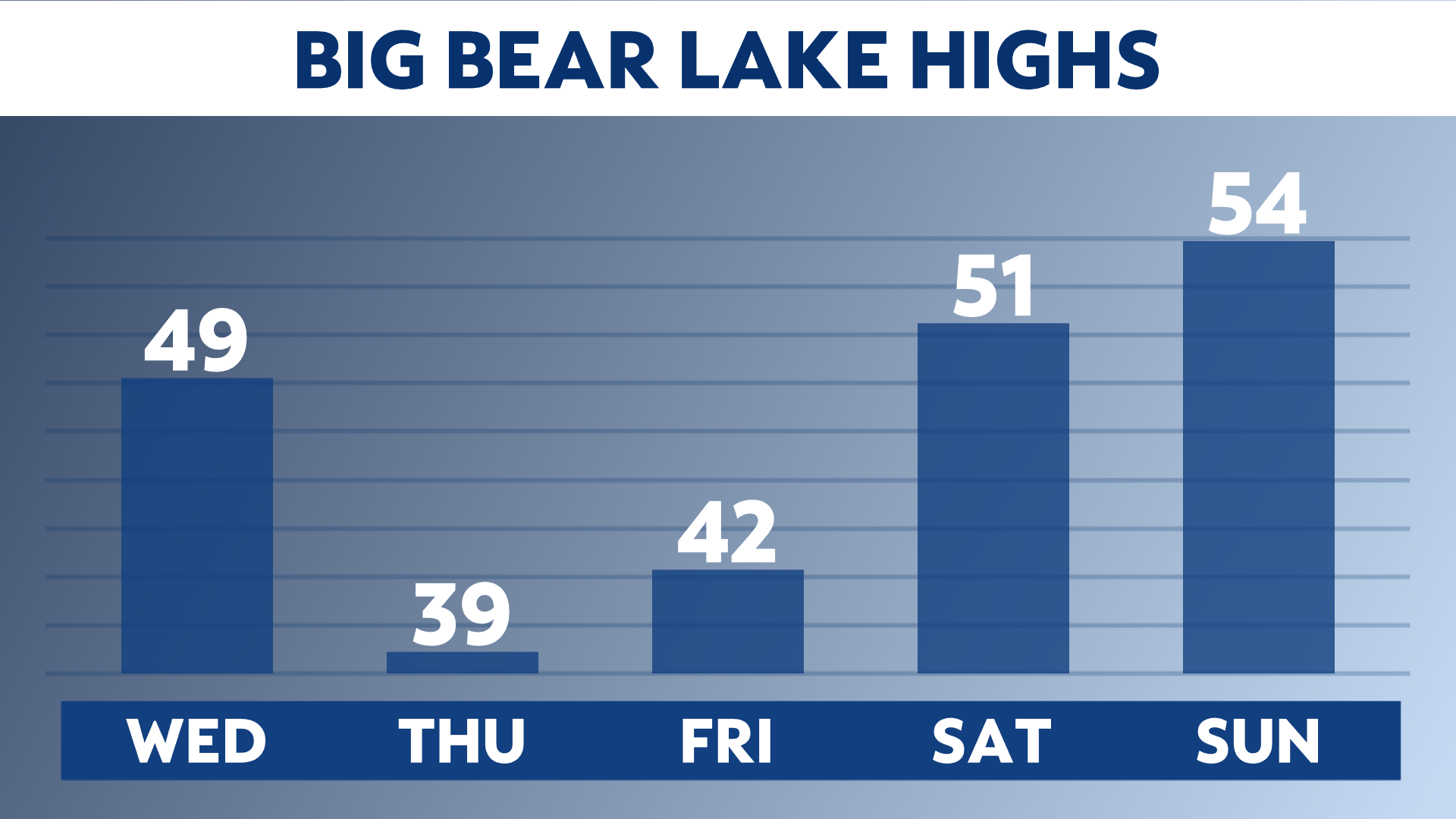 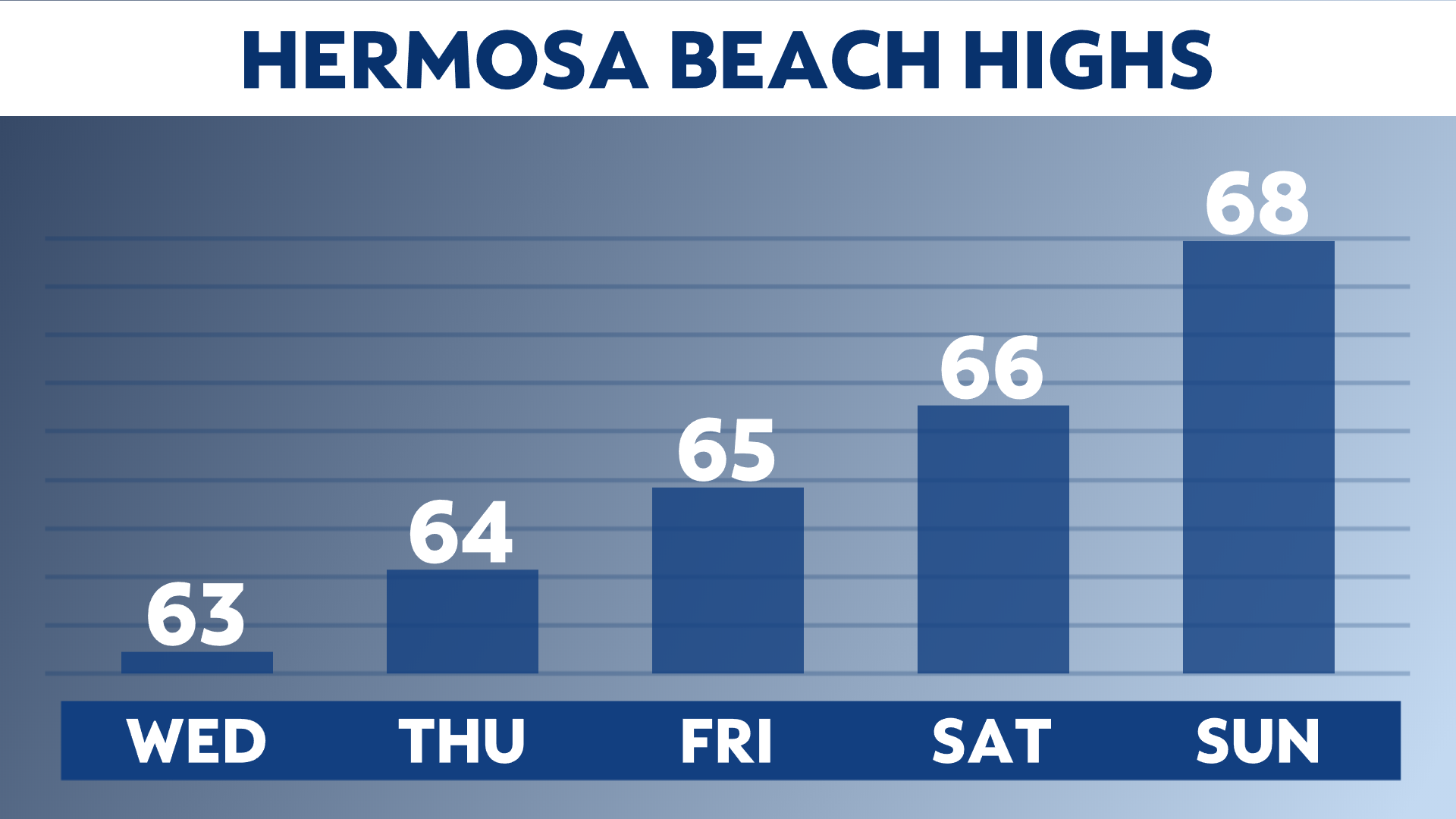 Traveling out of state for the holiday? Check out our national forecast to see what you can expect.