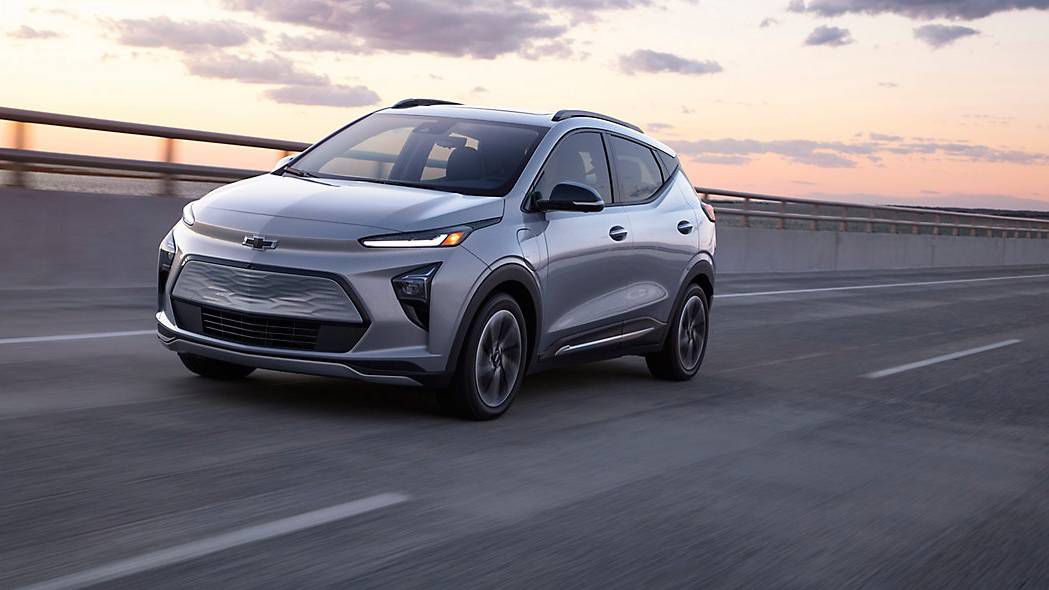 LOS ANGELES — It’s been 10 years since Nissan and Chevy ushered in the modern era of electric vehicles with the Leaf hatchback and Volt sedan.

Most of the EVs that have come to market in the years since have taken a similar form, but with SUVs accounting for 50% of U.S. car sales, zero-emissions vehicles are morphing to accommodate market realities. From the Chevy Bolt EUV and Ford Mustang Mach-E to the Volkswagen ID.4 and Volvo C40 Recharge, manufacturers are (finally) making larger-format EVs—all of them on the market this year. 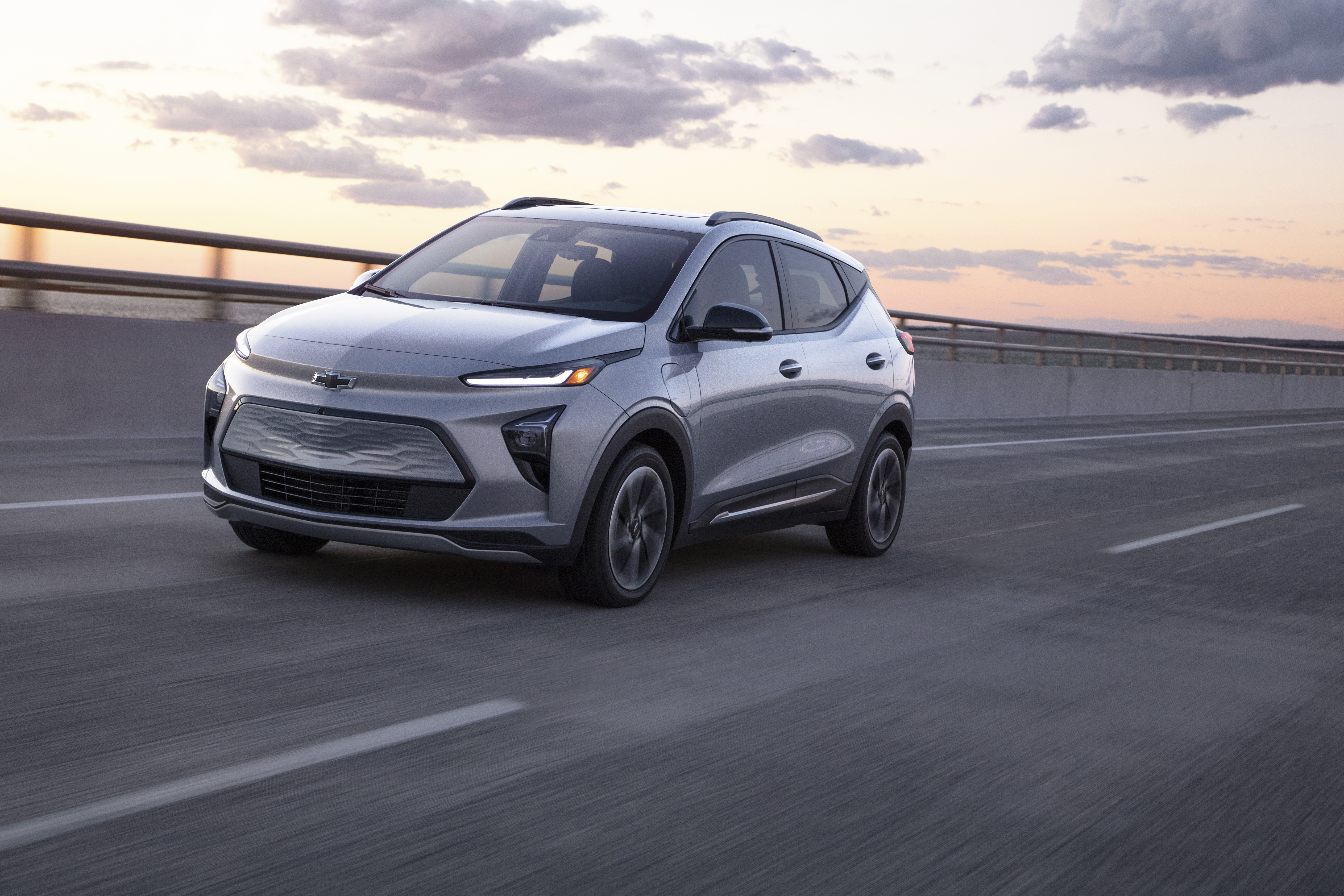 A larger version of Chevy’s all-electric Bolt, the EUV is shooting for the mainstream with a smallish SUV that imports a lot of EV-enabled advantages. It has a longer body, taller seating, more cargo space, and additional rear leg room compared with the Bolt EV. It accelerates from 0 to 60 mph in seven seconds and can be driven in two modes: Regular and sport.

The Bolt EUV recharges in seven hours using a level 2, or 240-volt charger; a DC fast charger can give it 95 miles of range in 30 minutes. An additional bonus: Chevy will pick up the cost of a home charger installation for EUV customers. 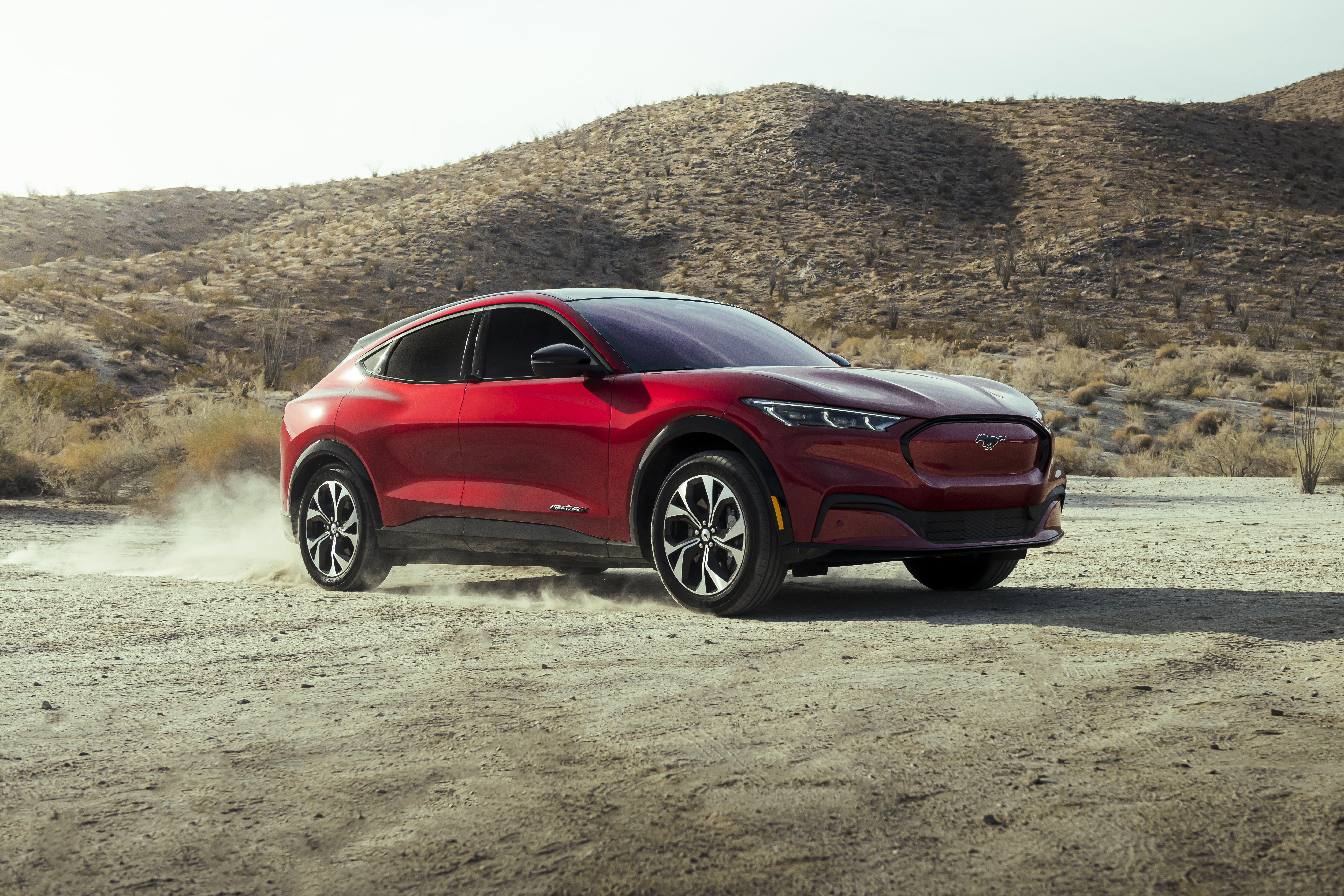 Despite its name, the Mach-E is not a Mustang in the traditional sense. It is not a sports car, but it can accelerate from 0 to 60 mph in an impressive 4.8 seconds and does it without spewing emissions. That sprint comes courtesy of the Mach-E’s “unbridled” setting—one of three drive modes available in Ford’s first SUV EV offering.

With seating for five, a panoramic roof, and a front trunk where the engine would normally be located, the Mach-E is a more luxurious, tech-centric SUV than one might normally associate with Ford. Driver assistance features include adaptive cruise control with speed sign recognition and an automated parking feature that enables the car to parallel park itself with the touch of a button.

Like most EVs coming to market, it offers similar bells and whistles to a Tesla. It has an app that allows a driver’s phone to pair with the car and become its key, as well as to monitor things like the car’s state of charge and tire pressure.

It also has an oversized 15.5-inch vertically oriented touch screen and, for better or for worse, exterior door handles that take some getting used to.

Starting price: Not yet announced

Revealed Tuesday, the first pure electric vehicle from the Swedish automaker also marks a bold new direction for the company as it strives to sell only electric cars by 2030. A small SUV with a tall seating position for the driver but a low profile when viewed from outside, the C40 Recharge will, like all of its future EVs, only be sold online. It will not use any leather. And pricing will include insurance, maintenance, roadside assistance, and, the company says, home charging stations where possible. Pricing for the C40 Recharge has not yet been announced.

The C40 is powered with a pair of electric motors—one front, one rear—and a 78-kilowatt-hour battery that offer 261 miles of range. Volvo says the range will improve over time with software upgrades that will be pushed out to the car with over-the-air updates, similar to Tesla.

Like many of the new electric SUVs, the C40 Recharge is the vehicle for Volvo to introduce a brand new technology for its cars: Pixel headlights that can mask the high beams of oncoming vehicles.

For its infotainment system, Volvo partnered with Google to provide built-in apps and services, including Google Maps for navigation, Google Assistant, and Google Play Store1, all of which come with unlimited data. 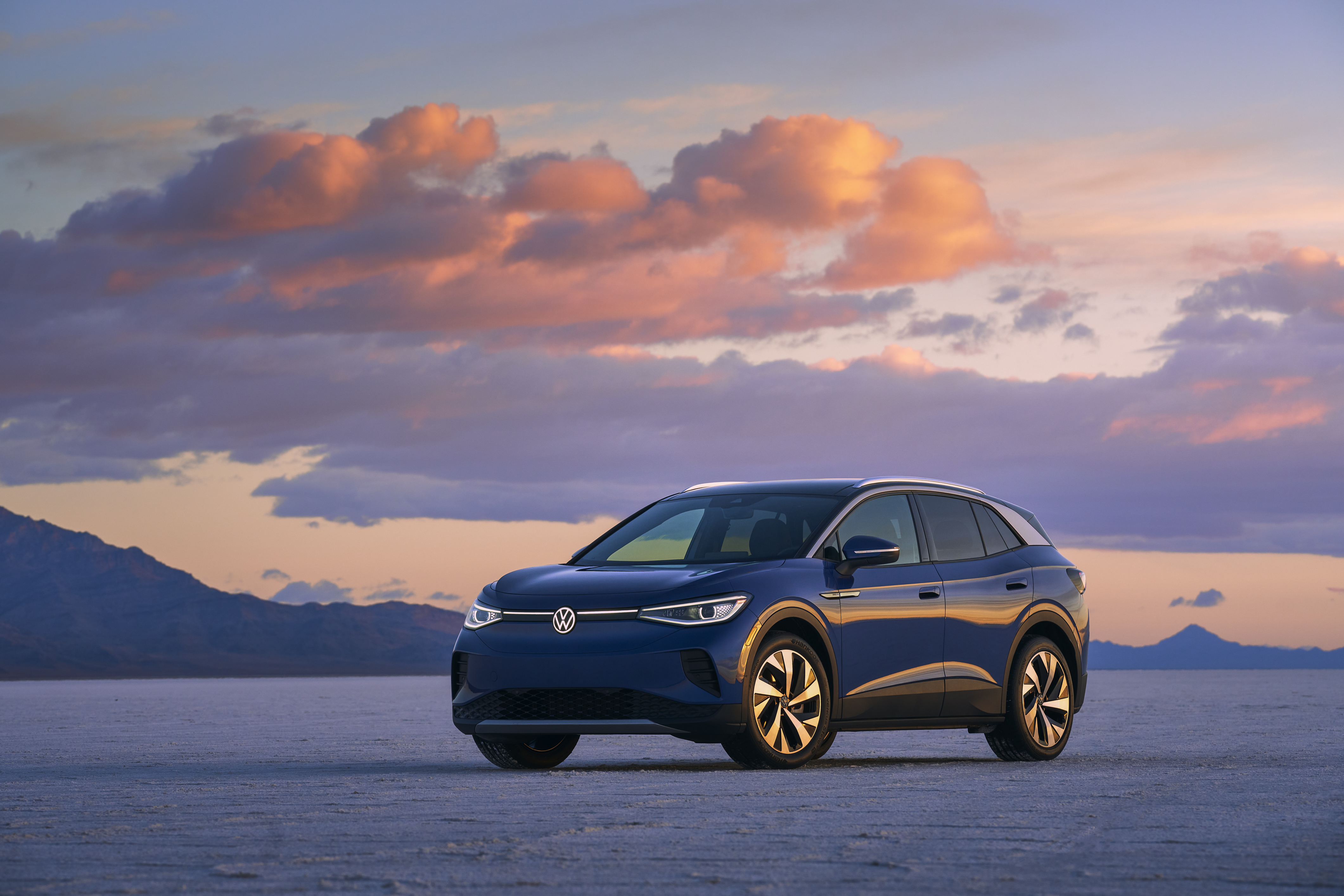 The ID.4 is the first fully electric SUV from Volkswagen, which plans to launch up to 75 all-electric models by 2029. Stylistically minimalist but technologically sophisticated, the small SUV does away with the typical start button in favor of a system that recognizes the driver and automatically turns itself on. Just twist the gear shift to go. And if you’re too hot or cold or want to turn up the radio, simply ask. Using a system that works similarly to Amazon Alexa, the ID.4 will respond and adjust accordingly.

A horizontal light runs the length of the dashboard, providing navigation guidance as well as the status of the vehicle’s charge. A 10-inch infotainment screen also provides that data.

Volkswagen is taking advantage of the investments it was forced to make as a result of its diesel emissions scandal a few years ago. It is offering three years of free charging through its Electrify America network of chargers; fast chargers on that network can recharge the vehicle to 80% in less than 40 minutes.

The ID.4 can travel 250 miles per charge. Volkswagen estimates that over a five-year period, ID.4 drivers will save $3,500 in fuel compared with a comparably sized vehicle that’s powered with gas.