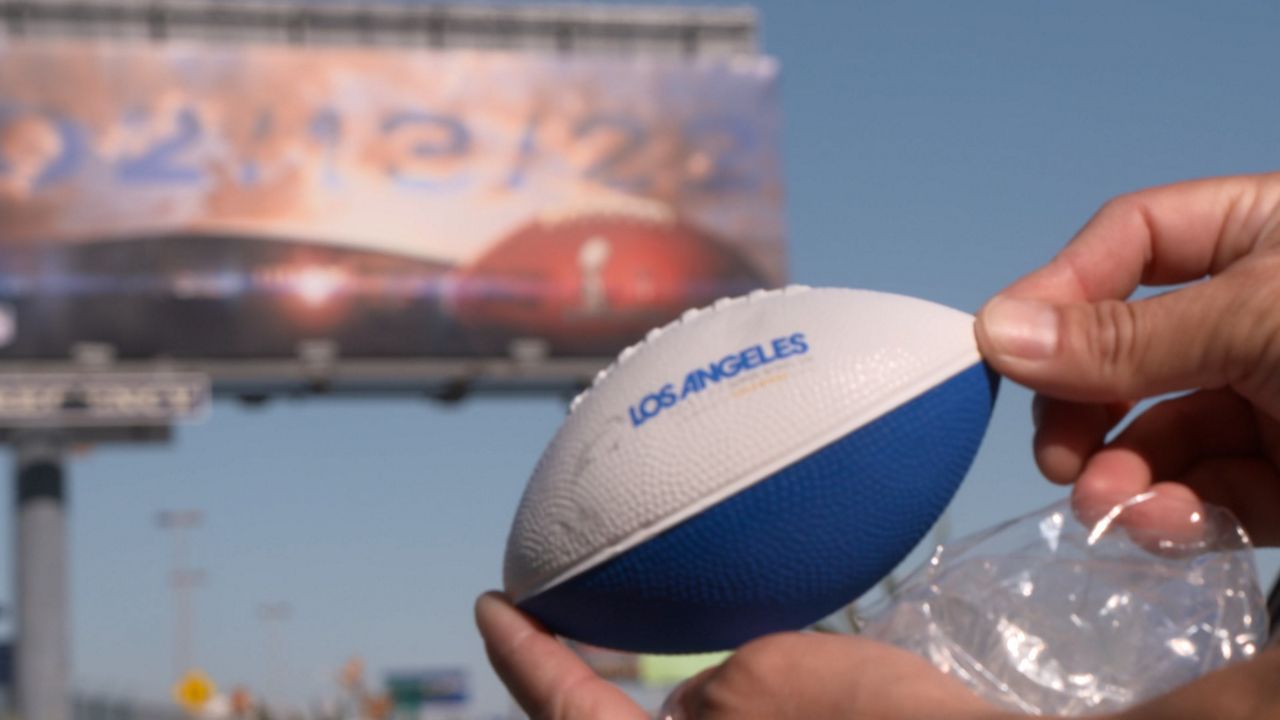 LOS ANGELES — The Super Bowl has brought in some super events, even off the field.

A group of super greeters will be at Los Angeles World Airports (LAX) welcoming football fans and fliers as they land at the airport in time for the game.


Los Angeles Super Bowl Host Committee Vice President of Major Events Karina Herold said the volunteer super greeters will be at the airport through the evening of Saturday, Feb. 12.

She said they will be staged at LAX-IT (the area where people go to take a rideshare) as well as some other spots throughout the terminals.

“I think it’s really important to set the tone as guests come to Los Angeles, so they know they are here and they’re going to have a fantastic time,” said Herold.

She said their role is to welcome passengers, as well as provide any information visitors may have.

She said the LAX-IT area is sort of like a “built in party zone” complete with a DJ, party favors and mini footballs.

Herold said greeters will help set the party vibe. They will wear black outfits with “Welcome Team” on their short sleeve t-shirts. Travelers will definitely hear them too, yelling things like, “Hey! Welcome to LA!”

Super greeter Russel Ono is one of the many volunteers.

He said when you are doing this gig, “You got to bring it!”

While watching Ono greet person after person, one might assume he was born super outgoing, but he said, “I was never like this from day one.”

In fact, Ono said he was shy until he went to high school and college.

“I learned to come out of my shell,” he said.

He said this volunteer super greeter gig he found out through the Los Angeles Sports and Entertainment Commission was his chance to give back to the city with some positivity.

Ono said, “You just want to treat others like you would want to be treated.”

He said he hopes his energy and happy vibes spreads to anyone he meets.

“You would hope it’s contagious,” he said.

Sandy Wideman flew in for the big game on Wednesday and got a big greeting as she headed toward her ride. And yes, she confirmed Ono, well, his positivity is indeed contagious.

“They should do this more often. I feel so warm and welcome!” said Wideman.

That is exactly what Ono said he set out to do, to help make someone’s day that much better.

“If that one person feels your vibe, feels your energy, and it wears off on others, then great! But all it takes is one,” he said.