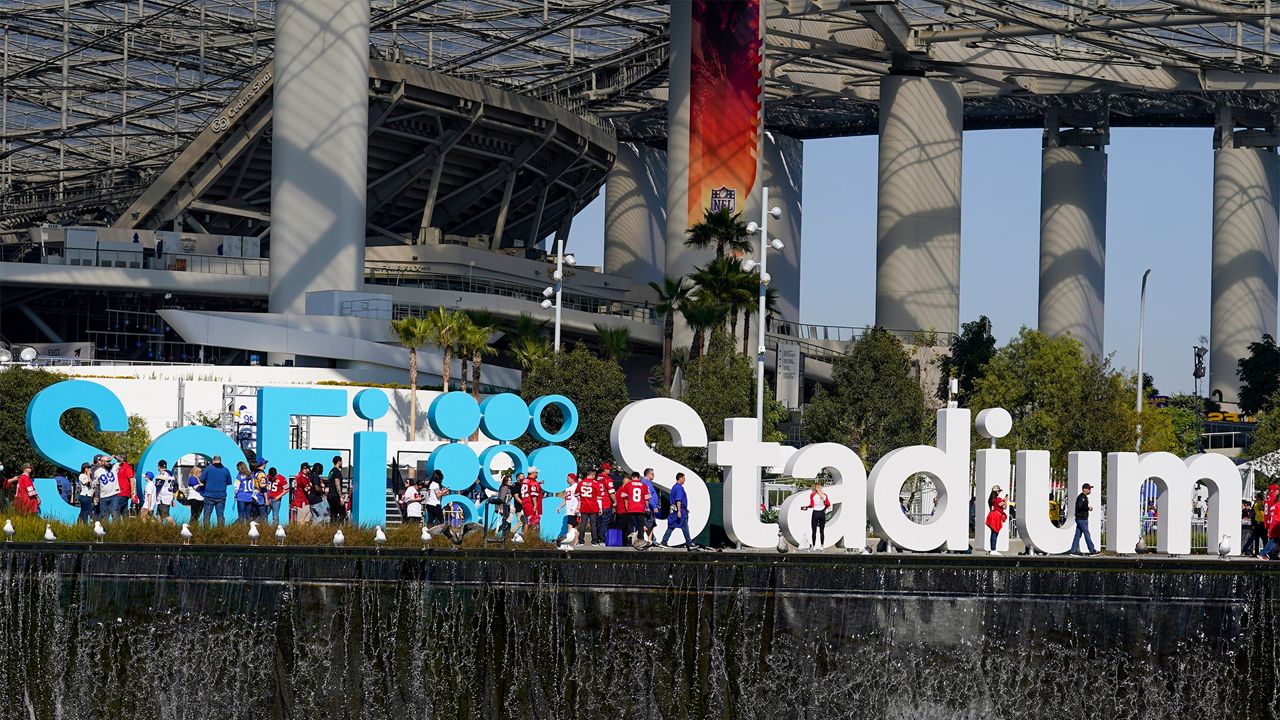 Super Bowl: How to get there, and where to park

EDITOR'S NOTE: Multimedia journalist Susan Carpenter breaks down what transportation will be available during the Super Bowl. Click the arrow above to watch the video.

Traffic is almost always an issue in Los Angeles, but with more than 70,000 fans expected at this Sunday’s Super Bowl, congestion in and around SoFi Stadium is likely to be off the charts. If you are one of the lucky ones who will get to see the LA Rams take on the Cincinnati Bengals in person, godspeed.

Getting there without getting stuck in traffic, and finding a place to park that won’t leave you walking for miles, could be tricky.

Following are your best options:

Metro does not have a train that goes directly to SoFi, but it will be operating a fleet of 18 shuttle buses. Those buses will run every five to eight minutes so travelers can step off the Metro C Line (Green) at Hawthorne/Lennox station and onto a shuttle. The shuttle buses are free, but riders will need to pay the fare if they take the train or a bus. Shuttle service starts at 10:45 a.m. and will run for 1-1/2 hours after the game.

Metro is also increasing its bus service on the lines that travel by the stadium. The 115 (which runs along Manchester Boulevard) will run every 20 minutes during the day. The 117 (along Century Boulevard) and the 212 (along LaBrea) will run every 30 minutes.

The City of Gardena runs the Line 7X shuttle bus between the Harbor Gateway Transit Center in Gardena and SoFi Stadium in Inglewood. This Sunday, Line 7X will run every 15 minutes from 9:30 a.m. to 10:15 p.m., which is when the last bus departs from SoFi. The shuttle costs $4.

SoFi Stadium’s home city will be operating its Purple Shuttle directly to the stadium from various spots in the city, including the Civic Center, Public Library, Locust Street Garage and Senior Center Garage, as well as the Playa District in Los Angeles and the Flyte Garage in El Segundo.

Parking for Inglewood locations is $60 and for the Playa District and Flyte Garage locations it is $55. Shuttle passes are $10. City of Inglewood parking opens at 11 a.m.; shuttle service begins at 11:15 a.m. Fan parking ends at 11 p.m.; vehicles that have not been moved by then may be towed or subject to additional parking fees.

The stadium is running a Blue Shuttle from Lot J at SoFi next to Super Bowl Entry South 2. The Blue shuttle runs two loops. Loop 1 runs from the parking lot at 5455 W. 111th Street, and Loop 2 services two parking lots: the Airport Spectrum Parking Garage at 5757 Century Blvd. and the Hilton Los Angeles Airport Parking Garage. The shuttle pass costs $10. Parking costs $40 for a standard size automobile, and $60 for a limousine or van.

Parking at SoFi Stadium is very limited and also very expensive. Onsite parking starts at $120 for a car, $240 for a limo and $300 for a minibus. The stadium is also offering off-site parking in conjunction with its Blue Shuttle; parking spots cost $40 per car and $60 per limo. Larger vehicles can not be accommodated.

The LA County Metropolitan Transportation Authority has several parking lots available for Super Bowl fans, including 980 spots at the Harbor Gateway Transit Center in Gardena for $5, 355 spots at its Hawthorne station for $40, 300 spots at Crenshaw Station for $5 and 1,500 spaces at its Norwalk station for free.

Rides in and out of SoFi will include a $25 surcharge for pickups after the game due to increased traffic. Uber expects demand to be as much as 400% above normal. The company also says the entire surcharge amount will go to drivers.

Usually, Uber has one rideshare pickup area at SoFi, but it’s adding a second pickup zone on the south side of the stadium at Home Depot for the Super Bowl. It is also providing Wi-Fi service at its northern loading zone along Kareem Court.

Uber says it’s “configuring technology” for the Super Bowl that will direct riders to the closest pickup point depending on which side of the stadium they exit. It’s also adding in-app wayfinding to help riders and drivers find each other in the loading zones