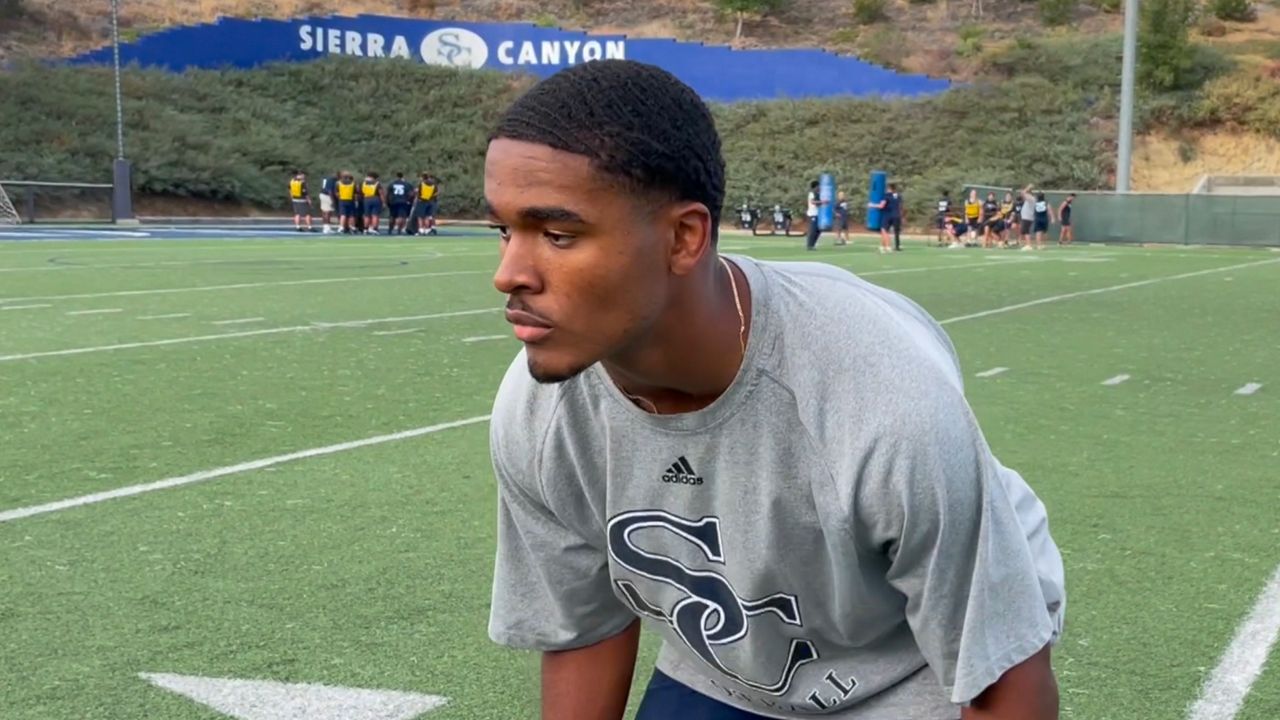 Sierra Canyon Football is a powerhouse on the field, in the classroom

A player's skill, determination and work ethic stand out on the football field, but they also have to possess the same drive in the classroom.


Head coach Jon Ellinghouse's Trailblazers' players represent all that student-athletes should be at Sierra Canyon.

"There's a lot of good football programs around us, but there's few that have the level of academics and the level of football," Ellinghouse said. "Kids that choose to come here they are more than just a football player, they value education."

"It's one of the most prestigious high schools around this area," Jones said. "They were on the up and up with football. We just came here to build and ensure my academic skills are going to the next level."

"Not a lot of people in my family have gone on and gotten scholarships to get a free education and play football," Ramsey added. "So that was part of my plan. Football won't last forever and you need something to do after football."

Ramsey and Jones are two of six players on the current roster committed to play college football at some of the most prestigious academic programs in the nation.

Ramsey joined teammate Kenji Swanson in his commitment to Stanford.

Jones will head to Princeton, Hunter Lysholm to Columbia, Caden Harmon to Army West Point and Ezekiel Larry to Yale.

Each decided on schools they felt would better them on and off the field.

"Going to Stanford and being there, it was humbling to be a part of with so many people that strive for excellence," Ramsey said. "I wanted to be around that."

"Most kids my age they just wanna play football for the best team so they can be on the TV every Saturday and that's cool," Larry added. "That's something I've dreamed of too, but one thing I've learned is I can take my family to a new level by allowing my football and academics to pave the way for my success."

"Coming from where I come from, nobody has gone there or gone Ivy League so that's an accomplishment in and of itself," Jones said. "I just want to put on for my family."

The Trailblazers believe setting a championship standard should transcend the football field.

"From day one that's what it's about here," Ellinghouse said. "You know we have a lot of kids on this team that have a really good chance of playing in the NFL, tons that will play college football, but for most they will eventually have to go out and have a resume one day. And we want them well prepared."

With that mentality, he and his program have excelled in every aspect. During Ellinghouse's tenure in Chatsworth, Sierra Canyon has won five section titles and two state crowns — all the while pushing his players to think about their futures on and off the field.

In fact, to his players, that emphasis is what sets this school apart and what they will take with them when they leave.

"I know I'm extremely blessed to go here," Larry said. "There's a lot of kids that dreamed and wished they could be here, so I just wanna make the most of my opportunity."