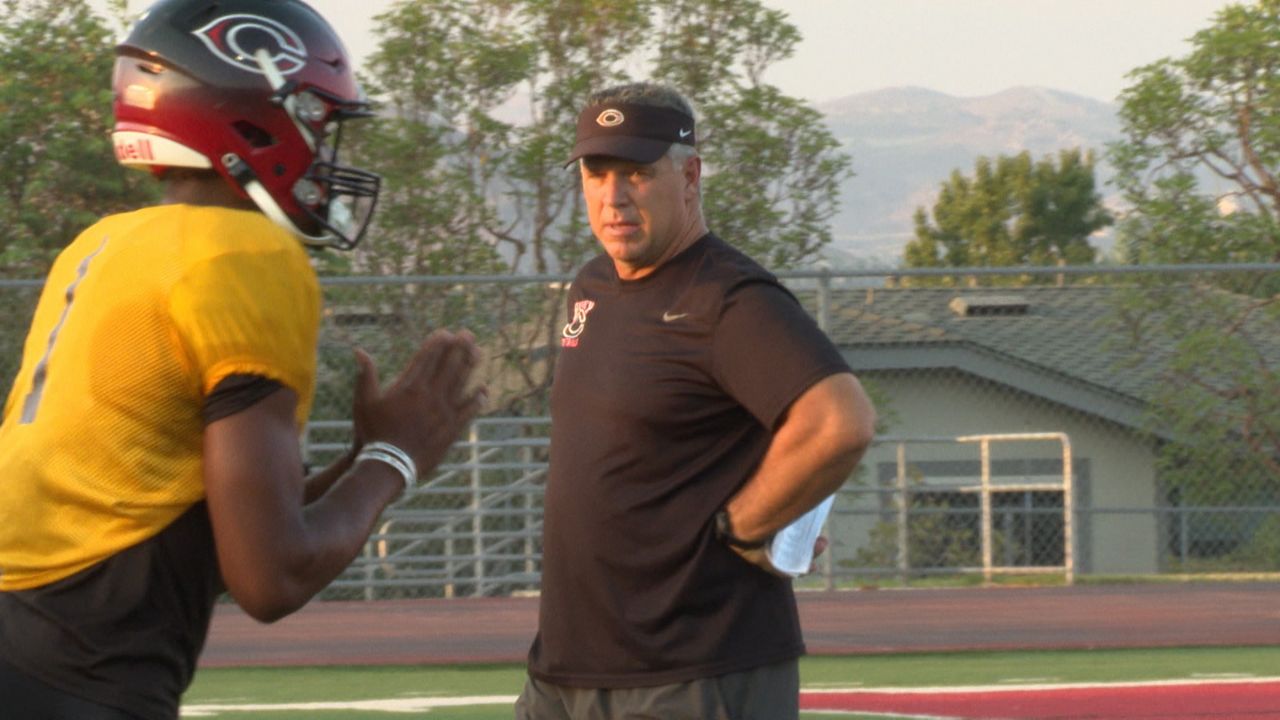 CORONA, Calif. — A typical practice at Corona Centennial is a well-oiled football machine. There aren't too many schools that get a UCLA scout coming to look at workouts. All of it is happening under the watchful eye of longtime head coach Matt Logan.

"I think we practice harder than anyone else," Logan said. "I think we work harder and we need to. We need to develop and get better and the kids understand that when they come here."

It's worked. The Huskies have lost just one league game in 12 years. While many public schools have seen local players go to Catholic and private schools, Centennial has had the opposite happen, with kids transferring to their program.

"We're lucky, and I think you know the kids spread the word themselves and they understand what type of program we have," Logan explained.

One of the students who joined them is senior wide receiver Demarieon Young of Moreno Valley, who already has a college offer from BYU.

He knows how strong the Huskies are. It's why he wanted to come and play high school ball close to home in the Inland Empire.

"I figured that Corona Centennial is the best school in the IE," Young said. "I'd rather stay where I'm at than go somewhere else, an hour away or two hours away. Everybody from the IE go play in Orange County and stuff like that. We can just stay right here and make the IE the best."

Logan is that proud players want to stay local at Centennial, but what's more important is the academic and life lessons they leave with beyond football.

"So, when you leave, you leave as a well round-rounded student athlete, a person that's ready to go to work and school, because school is work and get you prepared for life," he said.

In the meantime, he's preparing his team for another dominant season on the field.