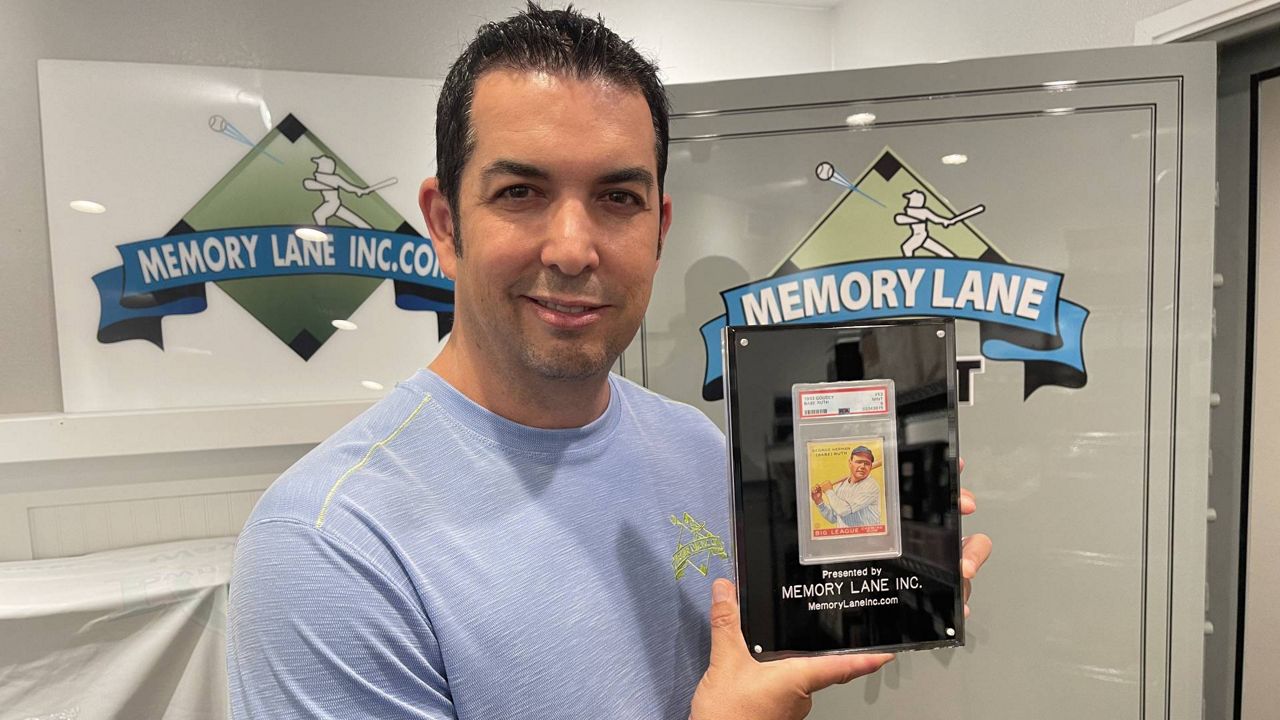 Baseball card 'collection of a lifetime' expected to break $20 million

TUSTIN, Calif. — Open his vault and follow sports collections dealer JP Cohen into what any collector would consider a chest of treasures.

"Every once in a while, we’re able to tell someone, 'You had gold and you hit gold,'" Cohen said. "I always say there’s gold in those attics."


Cohen is the President of Memory Lane Inc. in Orange County, a leader in the business of vintage sports cards and collectibles. He’s currently auctioning off what’s considered "a collection of a 'lifetime.” And it’s no wonder: The "Magnificent 7," as Cohen calls them, are all expected to fetch over $1 million apiece, with the entire collection valued at over $20 million.

The collection features roughly over 1,000 cards from various sports to pop culture and other memorabilia, but Cohen says the crown jewel is a one-of-a-kind 1933 Babe Ruth Goudey card that he expects to break the all-time record for a card, which is $5.2 million.

“They grade these cards on a 1-10 scale, and this one was awarded a 'Mint 9' condition," Cohen said. "It’s the only one ever in the 30-plus years of authentication that’s been awarded that grade of a 9."

"It's never seen the light of day, so it’s the first time it’s ever been offered publicly through auction," said Cohen. "So it’s a real special, one-of-a-kind offering."

The real gem, however, was the man who amassed this collection. Tampa doctor Thomas Newman, who died from COVID-19 in January.


According to his widow Nancy Newman, Thomas started this collection in the early '80s and would travel to card shows with his excellent eye. It’s rare for a collection like his to ever trade hands, but his family decided to sell it so that other collectors could enjoy what Newman called his “paper babies.”

“I’m just so glad that people are not only paying attention to what treasures he had in his collection, but really what a treasure he was as a person too,” Nancy said.

Whoever is lucky enough to get a hold of these incredible pieces will have their own kind of “gold” and, just as important, pick up writing their histories where Thomas left off.

“Once the auction’s over, I’m sure we will talk about this collection for years to come, and that’s how special of a collection it is,” Cohen said.

The auction is underway and closes July 10.